Getting stuck in the dark when your car suddenly dies on you is a frightening moment. And most times, that smartphone flashlight just isn’t strong enough to get the job done. Don’t let yourself get trapped in darkness during a moment of crisis. Keep your surroundings lit and your mind stress-free with the Army Gear Ultimate LED Bundle. 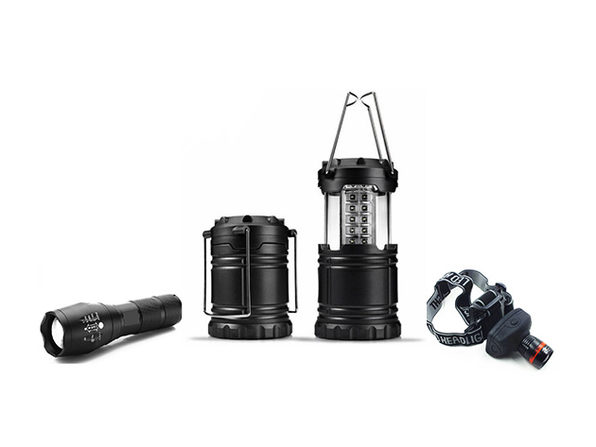 Normally $100, this 3-pack of army tactical lights is 74 percent off

This LED light bundle comes in handy during the 11th hour in extreme weather and unexpected darkness. This light bundle features three ultra-lightweight, heavy-duty LED lights designed with the highest degree of tactical quality. The bundles comes with an LED lantern with a collapsible aluminum shell, an LED light that features four distinct modes to produce a wide flood light or narrow spotlight, and a headlamp that secures firmly around your head with the included head strap. The lantern even grows to be eight feet tall when opened. All items are completely weatherproof and indestructible, using high-efficiency LED light bulbs. So you’ll never have to worry about the light burning out on you.

Don’t let a sudden engine failure in the middle of the night be the reason you’re late to your spring break weekend. Keep a lifesaver handy by packing your car or travel bag with the Army Gear Ultimate LED Bundle.