Gigi Hadid confirmed the break-up rumors Tuesday about her and Zayn Malik after being together for two years.

“Breakup statements often seem impersonal because there is really no way to put into words what two people experience over a few years … not only in the relationship, but in life in general,” the 22-year-old model posted in a statement on Twitter. (RELATED: Gigi Hadid, Kendall Jenner Kick Off New York Fashion Week In Style [SLIDESHOW]) 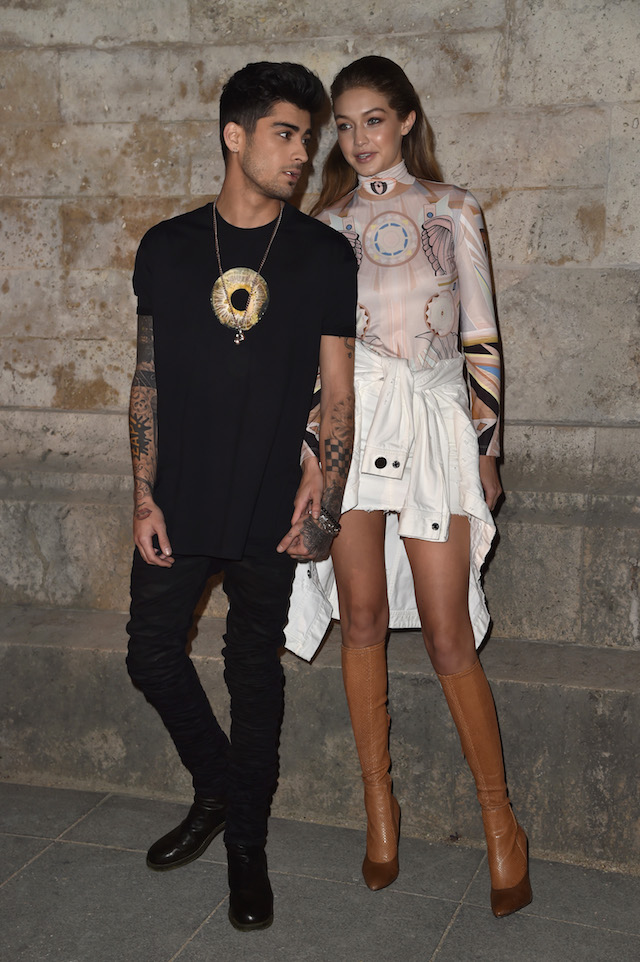 “I’m forever grateful for the love, time, and life lessons that Z and I shared,” she added. “I want nothing but the best for him and will continue to support him as a friend that I have immense respect and love for. As for the future, whatever’s meant to be will be. xG.”

The former “One Direction” singer also posted his own statement on Twitter about the split.

“Gigi and I had an incredibly meaningful, loving and fun relationship and I have a huge amount of respect and adoration for Gigi as a woman and friend,” the 25-year-old singer tweeted. “She has such an incredible soul. I’m grateful to all of our fans for respecting this difficult decision and our privacy at this time; we wish this news could have come from us first. We love you all. xZ”

According to People magazine, the couple were last photographed together in New York City on January 29.

On Malik’s birthday on January 12, Hadid posted a clip on Instagram gushing about the man she loved more than she could “ever put into words.”

“love this man more than I could ever put into words, & am inspired by his drive to be and do better everyday cheers to YOUR YEAR my @zayn–happiest happiest birthday & 25th year of life !! I’m proud to be by your side,” the model captioned her post.