Hillary Clinton recently made headlines after another video of her having trouble with stairs went viral Monday.

Clinton was seen slipping on a flight of stairs twice during a visit to India. (RELATED: Watch: Hillary Nearly Falls Down Stairs Twice In India)

This isn’t the first time the former first lady has had trouble with stairs–or standing up in general.

Hillary Clinton fell down in 2009 during a visit to the White House.

A New York Times article at the time reported:

“Secretary of State Hillary Rodham Clinton will have to undergo surgery to repair a fractured right elbow, caused when she slipped and fell on her way to a White House meeting on Wednesday evening, the State Department said Thursday.”

Clinton also had trouble while walking onto an airplane to Yemen in 2011, tripping and falling when she got to the top of the stairs.

During the 2016 campaign, a photo of Hillary needing help to climb stairs during an event in South Carolina from February 2016 went viral.

The Getty Images description reads in part, “Former Secretary of State Hillary Clinton slips as she walks up the stairs.” 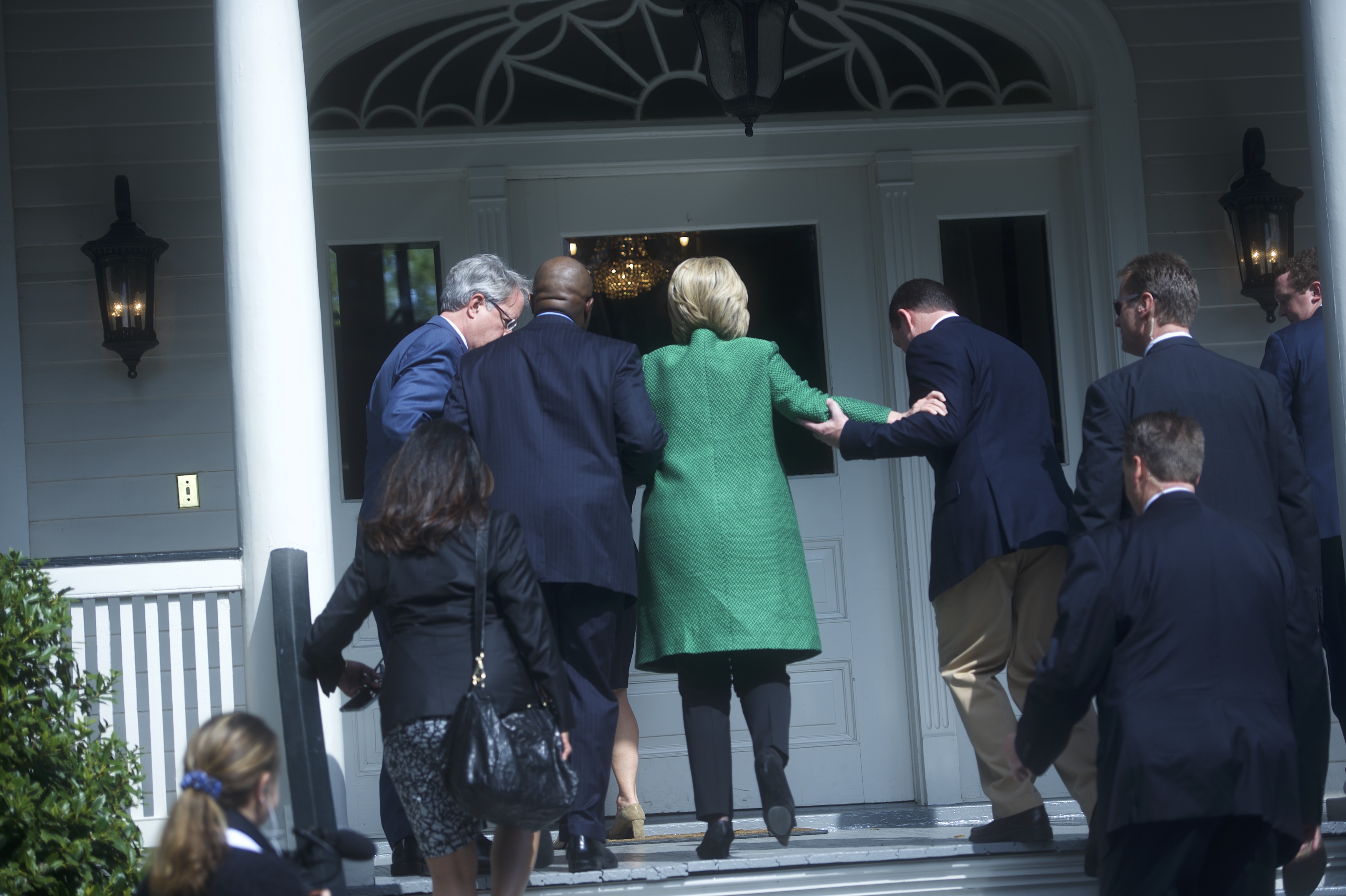 Finally, the 2016 campaign featured another moment where Clinton struggled to stand up, falling outside of a 9/11 memorial event in New York City: