At first, it was unclear what this meant.

Indeed, Saccone does sport a bit of an odd mustache: 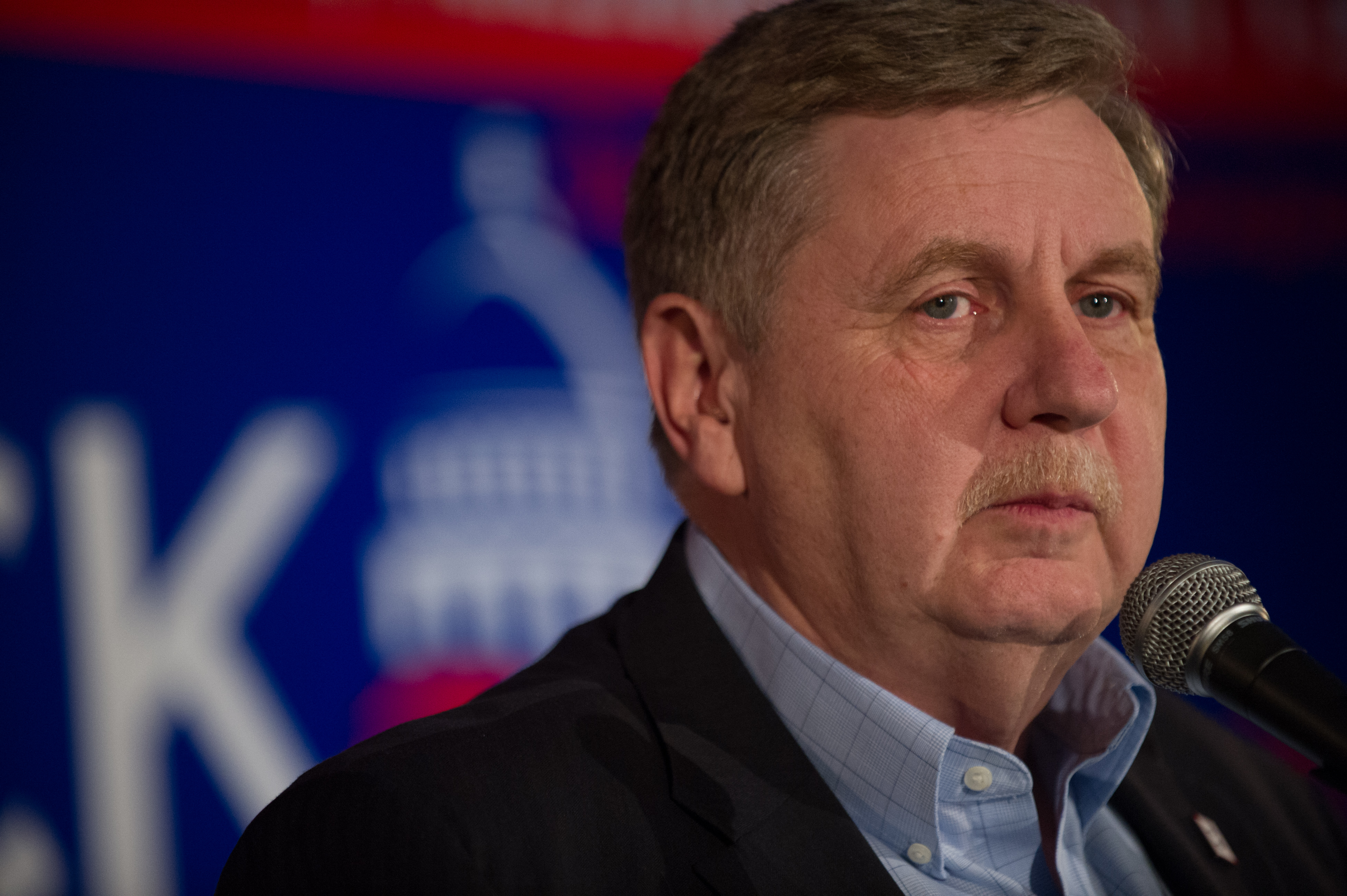 ELIZABETH TOWNSHIP, PA – MARCH 13: GOP PA Congressional Candidate Rick Saccone speaks to supporters after his race was too close to call on March 13, 2018 at the Youghiogheny Country Club in Elizabeth Township, Pennsylvania. Saccone and Democratic candidate Conor Lamb faced off in a special election in the 18th Congressional District to fill the seat vacated by former Representative Tim Murphy who resigned after disclosure of an extra-marital affair. (Photo by Jeff Swensen/Getty Images)

1
Tucker Carlson Insists Biden 'Will Not Be The Democratic Nominee.' Here's Who He Predicts Will Assume The Mantle
Media
2
Trish Regan Out At Fox Business
Media
3
EXCLUSIVE Half-Hour Interview With Donald Trump Jr — Why He Wouldn't Be 'Surprised' If Cuomo Wins Dem Nomination Over Biden And More
Politics
4
Senior WHO Official Cuts Off Interview When Reporter Implies Taiwan Isn't Part Of China
World
5
New Orleans Mayor Blames Trump, Federal Government For Her Decision To Hold Mardis Gras
Politics