Australian Minister for Home Affairs Peter Dutton has reportedly asked his department to explore an expedited escape path for white South African farmers in response to rising violence against them and new legislation aiming to confiscate their land.

On Wednesday, Dutton told the Daily Telegraph that the “horrific circumstances” white South African farmers face “deserve special attention” from his country and that his department would look to use humanitarian and other visa programs to fast-track their way to Australia, should they choose to emigrate.

“If you look at the footage and read the stories, you hear the accounts, it’s a horrific circumstance they face,” said Dutton, referring to media reports that more than one white South African farmer is being murdered every week on average. 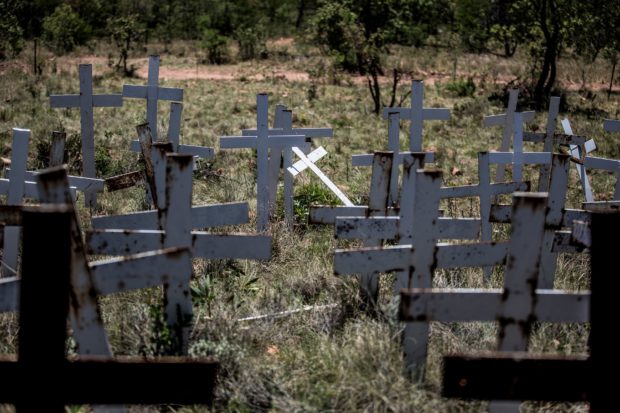 Crosses are planted on a hillside at the White Cross Monument, each one marking a white farmer who has been killed in a farm murder, on October 31, 2017 in Ysterberg, near Langebaan, South Africa.
A long campaign of violence against the country’s farmers, who are largely white, has inflamed political and racial tensions nearly a quarter-of-a-century after the fall of apartheid.
/ AFP PHOTO / GULSHAN KHAN (Photo credit should read GULSHAN KHAN/AFP/Getty Images)

Since white minority rule ended in 1994, the country has used the “willing-seller, willing-buyer” model, a policy that sought to use government purchase to redistribute white-owned land to blacks. But South Africa’s new president, Cyril Ramaphosa, is pursuing legal changes to allow the appropriation of farm lands for redistribution without compensation.

While there are concerns that South Africa, which currently feeds itself, could follow the footsteps of Zimbabwe, where former president Robert Mugabe’s seizure of white-owned farms sparked an economic collapse and mass starvation, analysts say the ruling ANC is pursuing the policy as a way to appeal to poor, young black voters.

All of which leaves white farmers pondering an uncertain future.

The Australian home affairs minister believes his country’s visa programs based on humanitarian and other needs cold potentially “help some of these people … because from what I have seen they do do need help from a civilized country like ours.”

“The people we’re talking about want to work hard, they want to contribute to a country like Australia,” said Dutton. “We want people who want to come here, abide by our laws, integrate into our society, work hard, not lead a life on welfare. And I think these people deserve special attention and we’re certainly applying that special attention now.”

Meanwhile, the South African government was critical of Dutton’s offer, calling his comments “sad” and “regrettable.”

“There is no need to fear,” said international relations minister spokesperson Lindiwe Sisulu. “We want to say to the world that we are engaged in a process of land redistribution which is very important to address the imbalances of the past. But it is going to be done legally, and with due consideration of the economic impact and impact on individuals.”