According to CBS, the incident occurred outside of Southwest High School and Minneapolis Police are currently investigating the incident as an assault.

Per CBS, two students taking part in the protest allegedly noticed the male victim holding the flag while standing across the street from the school.

After the two approached the victim, six other protesters followed before stealing his flag, damaging his camera and “inflicting minor injuries.”

So far, no arrests have been made in connection to the incident. 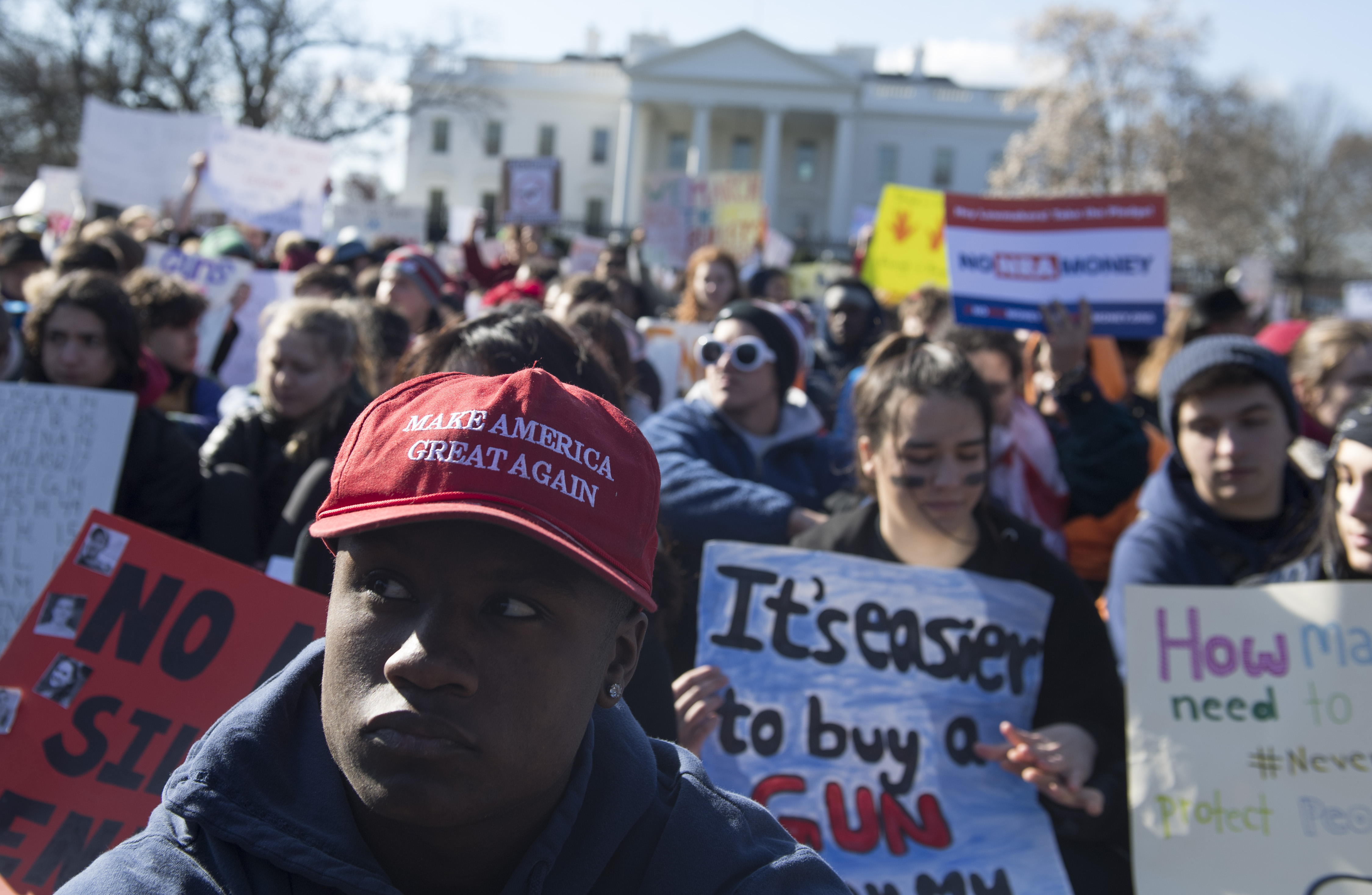 Thousands of local students sit for 17 minutes in honor of the 17 students killed last month in a high school shooting in Florida, during a nationwide student walkout for gun control in front the White House in Washington, DC, March 14, 2018.
Students across the US walked out of classes on March 14, in a nationwide call for action against gun violence following the shooting deaths last month at a Florida high school. The nationwide protest is being held one month to the day after Nikolas Cruz, a troubled 19-year-old former student at Stoneman Douglas, unleashed a hail of gunfire on his former classmates. (SAUL LOEB/AFP/Getty Images)

Students from all levels of education took part in the nationwide demonstrations protesting the NRA on Wednesday.

In Washington, D.C., students were joined by a slew of liberal politicians including Bernie Sanders, one of the most pro-Second Amendment liberals in Congress. (Under Heavily-Armed Police Guard, Bernie Sanders Addresses Anti-Gun Rally)

Sanders called on the protesters to have the “courage to take out the NRA” and force Congress to pass gun control.