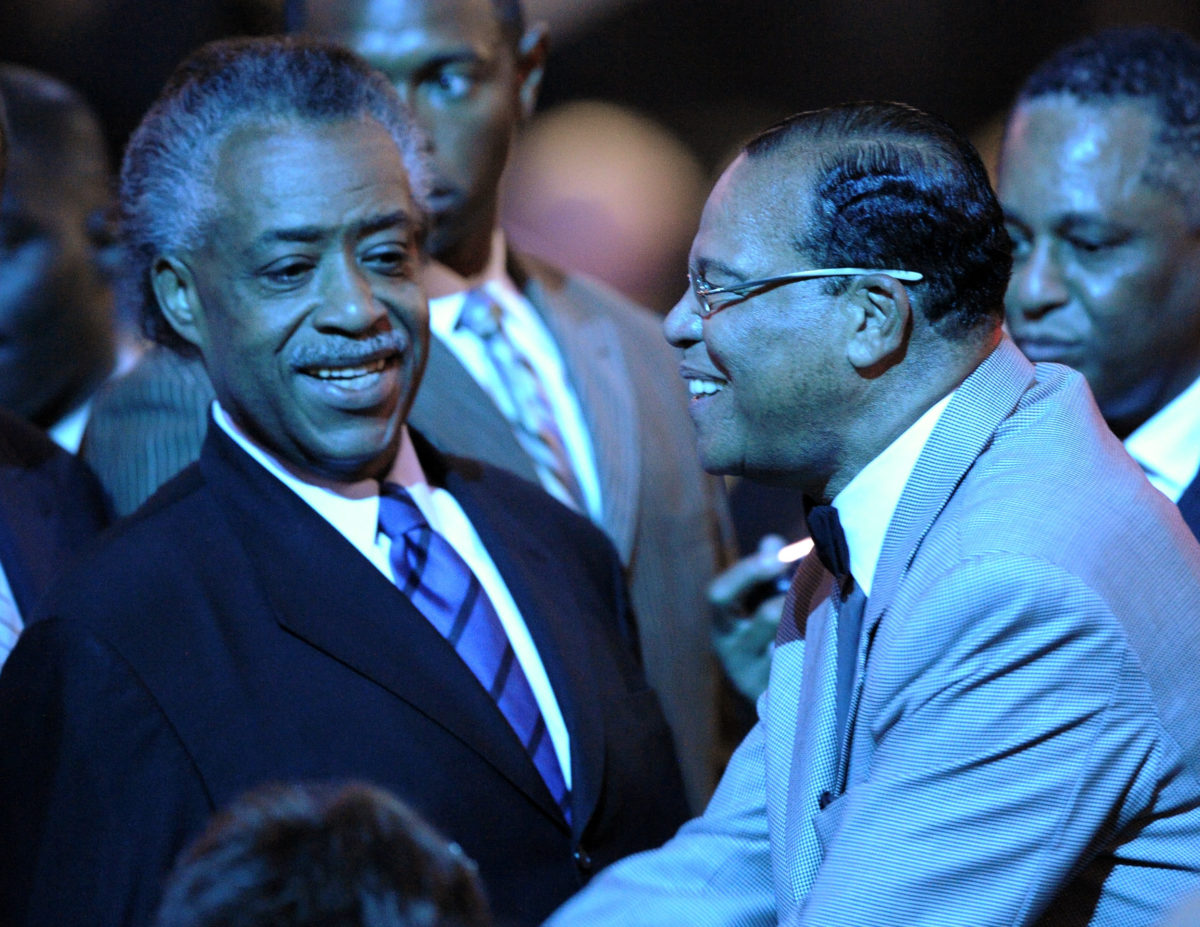 Reverend Al Sharpton (L) and the Supreme Minister and National Representative of the Nation of Islam Louis Farrakhan arrive at the memorial service for Michael Jackson at the Staples Center in Los Angeles, California, July 7, 2009. (Photo by Mark Terrill-Pool/Getty Images)