An Indiana college rejected a flier depicting a woman with a gun, according to a Thursday press release.

“It was kind of an ultimatum,” McKinney said, describing her meeting with Johnson. “Change the flyer, and Saint Mary’s College will support the event and support me if I am being personally harassed. But if I don’t agree to eliminate the picture of a woman holding a gun, there will be problems.” 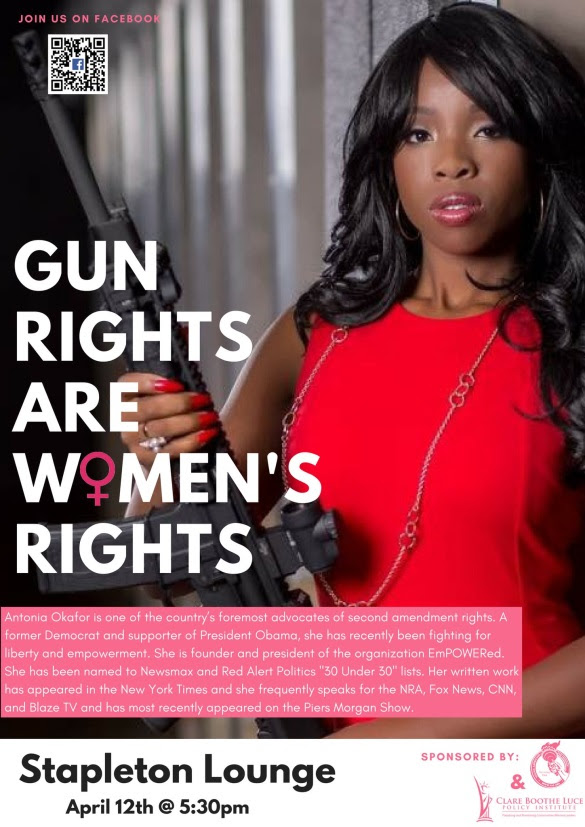 Johnson’s statement to McKinney reportedly stemmed from student feedback during an early March “healing circle,” an event held in response to Catholic commentator Mary Rice Hasson’s speech on gender, according to CBLPI.

TheDCNF reached out to Johnson and St. Mary’s College for comment but received none in time for press.