Paris Hilton is afraid she is going to be robbed like her friend Kim Kardashian after losing her $2 million engagement ring in Miami, according to Page Six Monday.

“Paris [Hilton], and her friends, are afraid she’ll end up being robbed like Kim [Kardashian], because everyone knows she’s got $2 million on her finger,” a source shared with outlet. 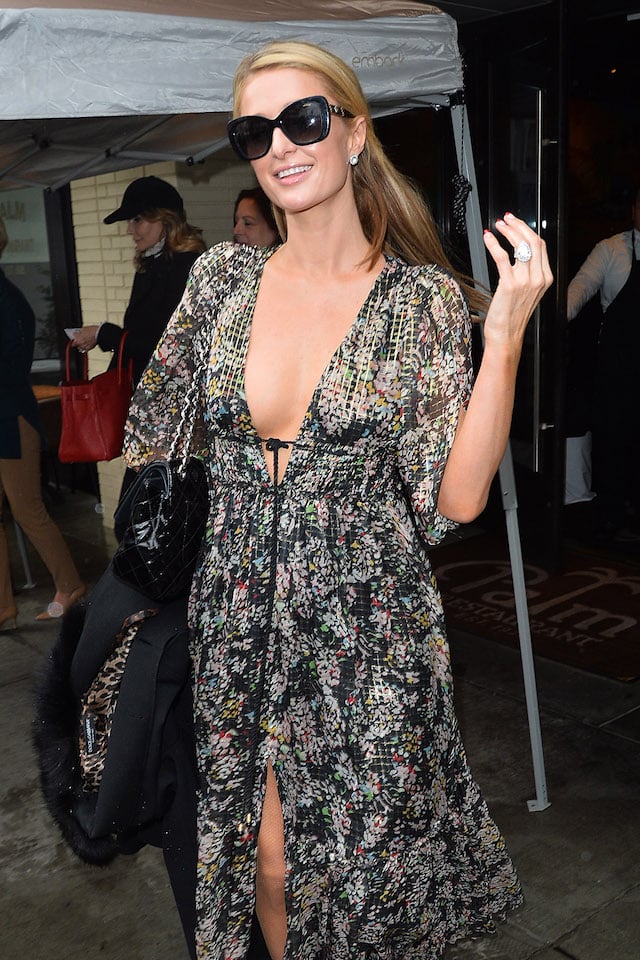 “Paris DJs at clubs all over the world, so it isn’t hard to find out where she will be on a particular night,” the source added. “Her fiancé, Chris [Zylka] has been encouraging her to get a replica made with an inexpensive stone that she should wear when she’s in public. After the ring scare on Friday, Paris agreed, and is having the replica made.”

The 37-year-old socialite had quite a scare on Friday after she lost her 20-carat pear-shaped diamond engagement ring at a party. After searching all over the location, it was found in the bottom of an ice bucket by her fiancé, near where she had been dancing.

The ring was reportedly so heavy that it flew off her hand while she had been living it up.

“It was literally one of the scariest moments of my life. I was devastated,” Hilton shared. “I thought there was no way we were going to be able to find it with all of those people [in the venue].”

Hilton was also reportedly very uncomfortable about a man who was following her all over Miami.

“There was a weird guy hanging around who appeared everywhere Paris went on Thursday into the early hours of Friday,” the source shared. “He didn’t get too close to her group, but he was close enough to make everyone uncomfortable. We assumed he was after the ring, she’s going to be taking her own security more seriously from now on.”

In 2016, Kardashian was robbed at gun point at an apartment in Paris during Paris Fashion Week, when masked men tied her up and demanded her $4 million engagement ring from Kanye West.