Kelly Clarkson hit back after a gay contestant on “The Voice” called her “small-minded” for comparing the competitor to singers like Melissa Etheridge.

“Wow. This really bums me out. I need everyone 2 hear me & hear ALL OF THE WORDS I SAY. I compared Molly [Stevens] to Melissa Etheridge, Patty Griffin (a name that was left out conveniently), & the Indigo Girls purely because of the rasp in her voice & that she’s an amazing storyteller,” the 35-year-old singer tweeted, along with a link to a screenshot to Voice contestant Molly Stevens’ post. 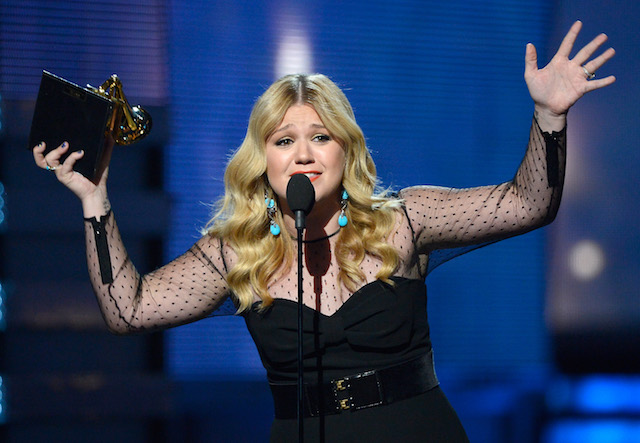 Wow. This really bums me out. I need everyone 2 hear me & hear ALL OF THE WORDS I SAY. I compared Molly to Melissa Etheridge, Patty Griffin (a name that was left out conveniently), & the Indigo Girls purely because of the rasp in her voice & that she’s an amazing storyteller. https://t.co/Ci5fqDKzA3

The comments come after Stevens, who was eliminated from the show, called the “Voice” judge “small-minded” for comparing her voice to other gay performers in a since-deleted Instagram post.

“While I’m extremely honored to be in that category of talent I do believe that comment did us all a disservice and only threw us into a labeling trap,” Stevens wrote after her elimination. “It felt small minded to me and exactly what I feel we need to bring attention to the world. I am a singer and songwriter who happens to be gay.”

“And so is [Melissa Etheridge] and the [Indigo Girls],” she added. “But it’s a common stereotype that happens too often. People put us in boxes.”

The eliminated Voice contestant has since apologized “for any hurt” she may have caused.

I sincerely apologize for any hurt I may have caused with my words. This was not my intention at all. For the people who know me well, you know my heart well too. I strive to live in truth and light. @kelly_clarkson I truly apologize for thinking differently. I look up to you.

1
'This Is A Sham': Tucker Blasts Health Care Professionals Who Signed Letter Exempting George Floyd Protests From Coronavirus Restrictions
Media
2
15 People Died In The Protests And Riots Following George Floyd's Death. Here's Who They Are
US
3
82-Year-Old Attacked For Holding A Trump Sign Gets Emotional When He Receives A Call From Donald Trump Jr.
US
4
'You Are Something Else': Trump Chastises PBS Reporter After She Interrupts Him With Questions During Bill Signing
Media
5
All 57 Members Of Police Unit Resign ‘In Disgust’ After 2 Officers Suspended For Pushing Elderly Man
US