Erin Bailey, an 18-year-old high school senior in Columbus, Indiana, is organizing a pro-LGBT rally in the vice president’s hometown next month.

She told HuffPost, “I am organizing Columbus Pride Festival because I feel it is important for members of the LGBTQ community to know that Columbus is a welcoming and diverse community.”

“Even though Mike Pence is openly anti-gay, that doesn’t mean that all of us in his hometown are.” 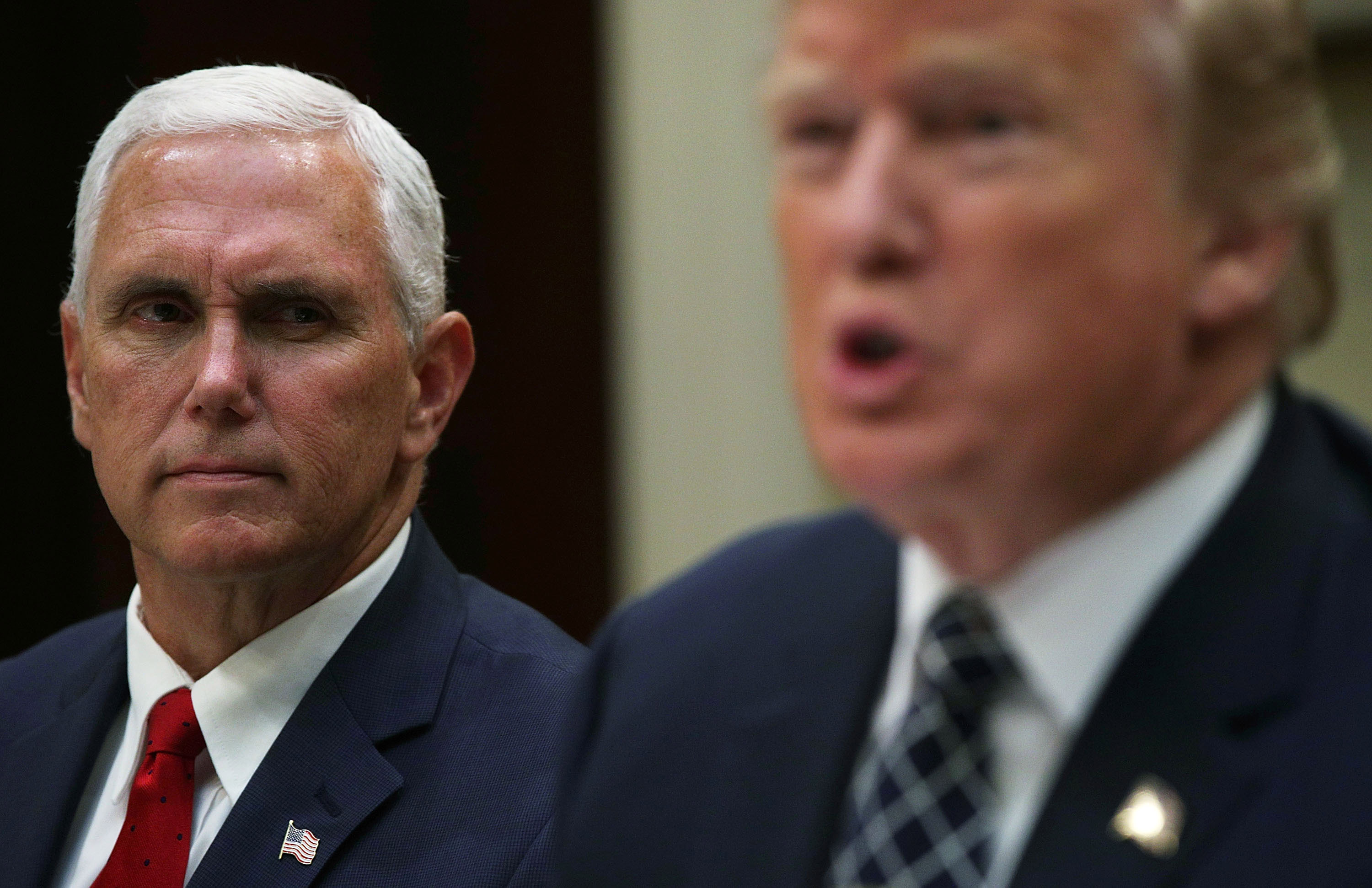 WASHINGTON, DC – JULY 18: U.S. Vice President Mike Pence listens as President Donald Trump speaks to members of the media during a lunch with armed service members at the Roosevelt Room of the White House July 18, 2017 in Washington, DC. President Trump took questions from the press and discussed the status of the healthcare legislation. (Photo by Alex Wong/Getty Images)

Pence’s spokeswoman Alyssa Farah said in a statement, “Vice President Pence commends Erin Bailey for her activism and engagement in the civic process.”

“As a proud Hoosier and Columbus native, he’s heartened to see young people from his hometown getting involved in the political process.”