A Georgia mother recently noticed her son had begun acting “entitled” about the clothes he wears and where he shops.

Cierra Brittany Forney said her 13-year-old son had been critical of kids who shop at Wal-Mart and Goodwill. So she found a solution: Making him shop exclusively at Goodwill for his new school outfit. Forney made her son take $20 to Goodwill and buy “Whatever he found is what he would have to wear.”

“And if you have to degrade other people because of where they shop, then you too will shop there,” she said in a now-viral Facebook post. The post featured her son walking through Goodwill with his “new” clothes, looking forlorn. 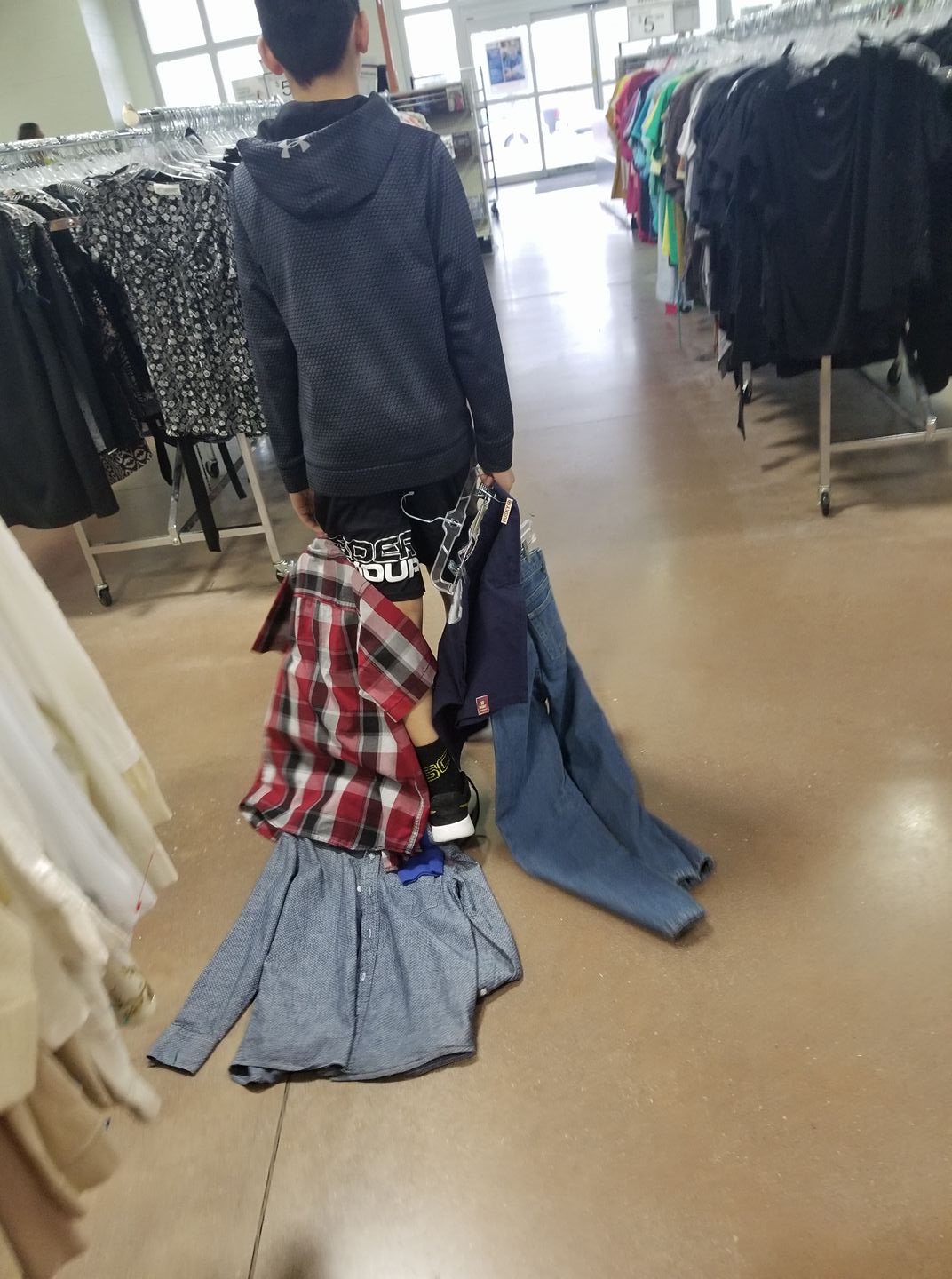 She said in a caption to the photo:

So lately, my 13 year old son had been acting a little… entitled. Acting like he’s too good to shop at Wal-Mart or making snarky comments about kids at school who shop at the goodwill and quite a few other things. I don’t tolerate that. Today, he took his own 20.00 to the goodwill to buy clothes to wear the entire week to school. Whatever he found is what he would have to wear. He isn’t happy and shed a few tears but I firmly believe in 15 years he will look back and laugh at the day his Mom made him shop at goodwill. I want to teach my kids that money isn’t everything and if you have to degrade other people because of where they shop, then you too will shop there. Side note, I love the goodwill!!

In interviews with local news, Forney said she did not want to “punish” him, but teach him a valuable lesson.