Sister Jean has become a national (excuse me, international) treasure over the past few weeks during Loyola University Chicago’s shocking run to the Final Four, but she’s been ballin’ long before March Madness began. 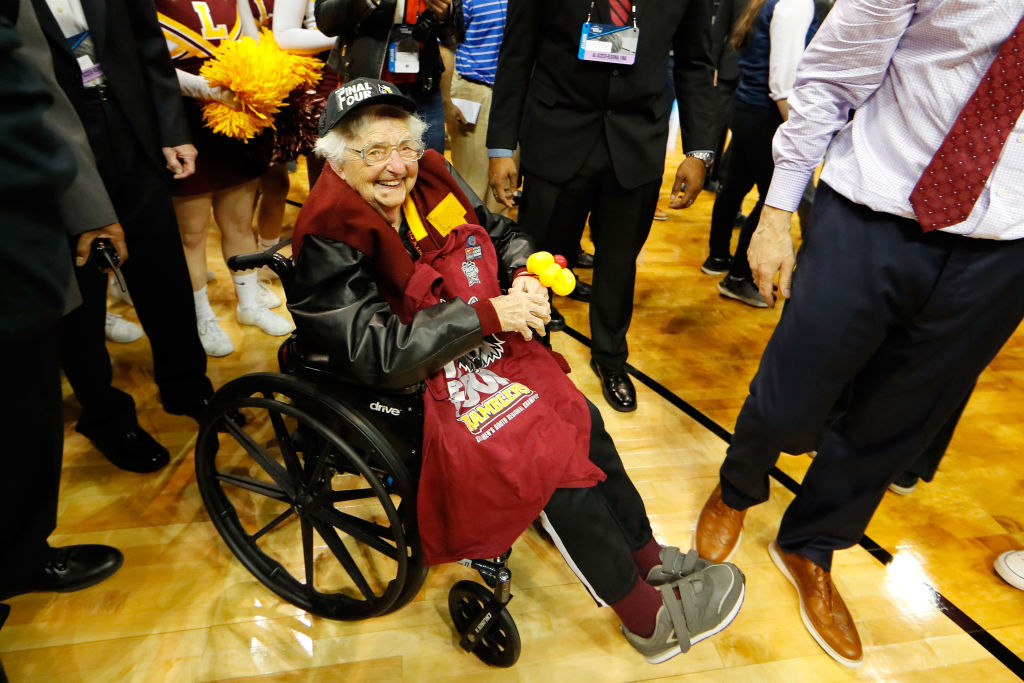 At 98 years old Sister Jean Dolores-Schmidt is the biggest Ramblers basketball fan out there and back in the day she used to play a little ball herself. ESPN analyst Jay Bilas dredged up an old photo of the Loyola Chicago chaplain hitting the hardwood and it’s better than anything we’ve seen out of the NCAA sensation.

According to Bilas, who posted the photo on Twitter, it was taken while Sister Jean competed in Loyola’s Noon-Nun pick-up game. (RELATED: The Loyola Chicago Bandwagon Is Headed To The Final Four In Full Force)

There hasn’t been a March Madness figure like Sister Jean in all the time that I’ve been watching college basketball and this old photo of the Loyola Chicago only adds to the story. Not only does Sister Jean love the Ramblers, but her love for the game of basketball is genuine and contagious.

If your team isn’t in the Final Four and you’re not pulling for Loyola Chicago to take the title home, something is wrong with you.