The news comes as rumors that Ryan would retire in the coming months have surfaced. The Louisiana Republican said he would be very interested in “moving up” in leadership and mentioned that believes he has had a “strong influence” on legislation in Congress in an interview with Politico.

However, Scalise made it clear that talk of Ryan’s retirement are “rumors.” Many of his allies also say he would only assume the position if his colleague Majority Leader Kevin McCarthy did not have the votes.

“I wouldn’t rule it out,” Scalise said in the interview. “Obviously, I’ve shown interest in the past at moving up. I’ve enjoyed being in leadership. I feel like I’ve had a strong influence on some of the things that we’ve done, and I’ve helped put together coalitions to pass a full repeal of Obamacare.” 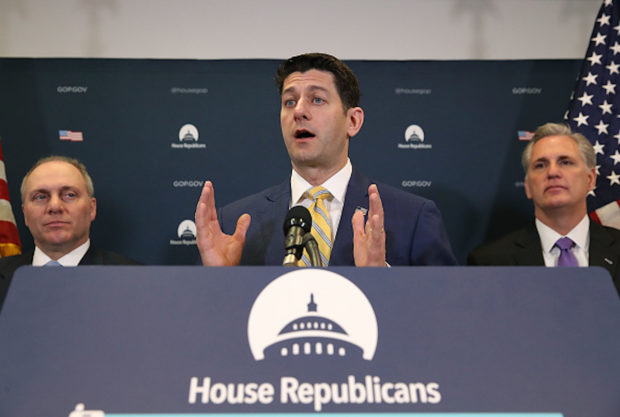 Scalise also said that he is focused on passing President Donald Trump’s agenda and maintaining a majority in the House, even if he doesn’t move up in leadership.

“It’s easy to get drawn into the palace intrigue and speculation. But if you do that, you truly will lose focus on what your mission is, and that is working with President Trump to advance a conservative agenda,” Scalise said. “The stakes are way too high for us to lose sight of what we need to do right now.”

Ryan has yet to announce if he will seek re-election but has called reports of his potential retirement “rank speculation.”