Gun control activists and Parkland student, David Hogg, has captured headlines across the country for his calls to boycott Laura Ingraham’s show.

Hogg specifically targeted advertisers of the show after Ingram tweeted criticism of the student activists and his often vulgar approach to influencing public policy. The boycott had an effect,  Ingram has since lost multiple advertisers of her show as David Hogg single them out and asked his followers to attack them for advertising with the Fox News host. Ingram apologized, but Hogg rebuffed the apology and the battle between the two continues.

“An apology in an effort just to save your advertisers is not enough,” Hogg said.

Companies including Wayfair, TripAdvisor, Nutrish, and Nestlé have canceled their ads with Ingram.

Now David Hogg is seeking reparations from one of America’s most beloved fast food chains. 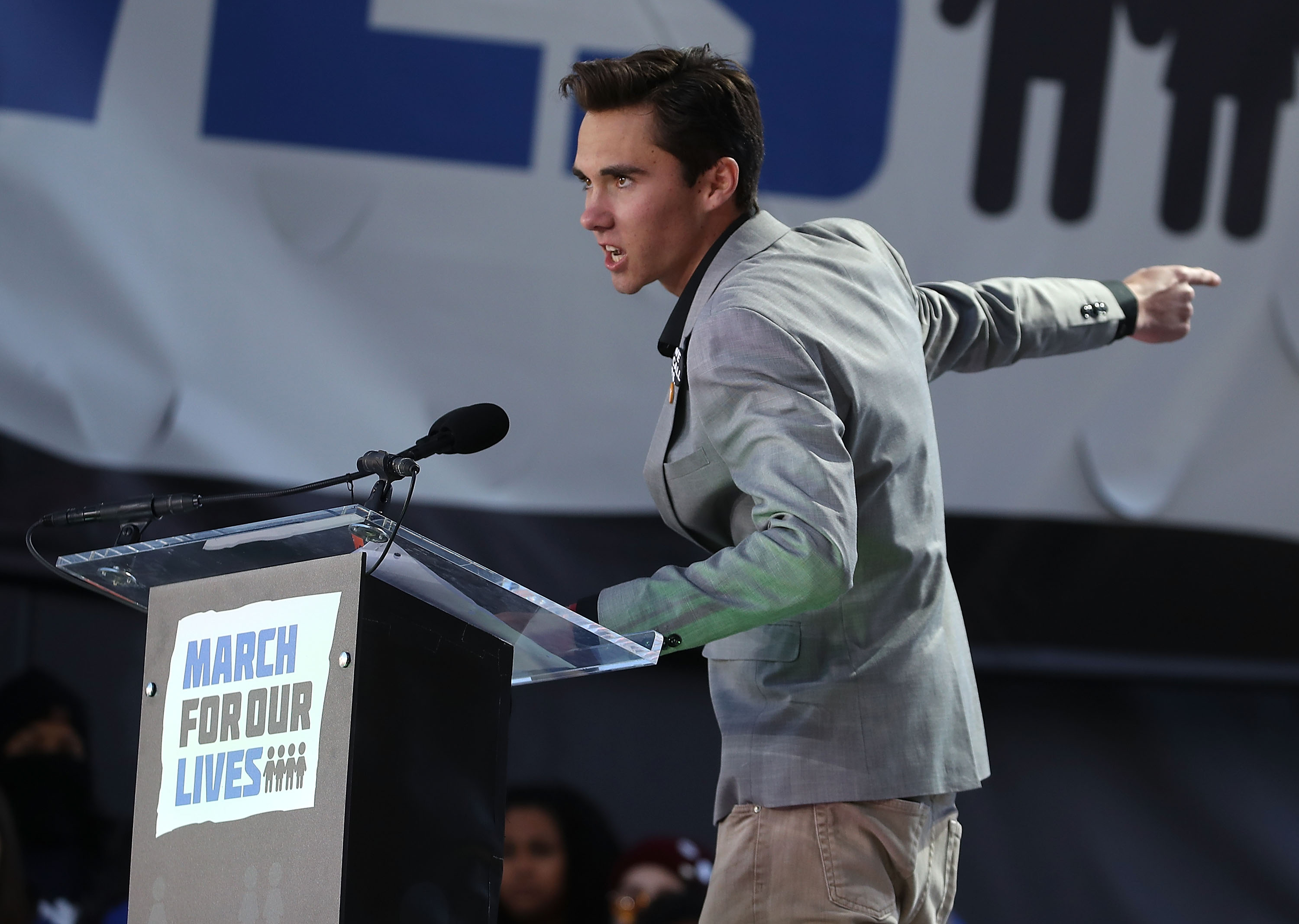 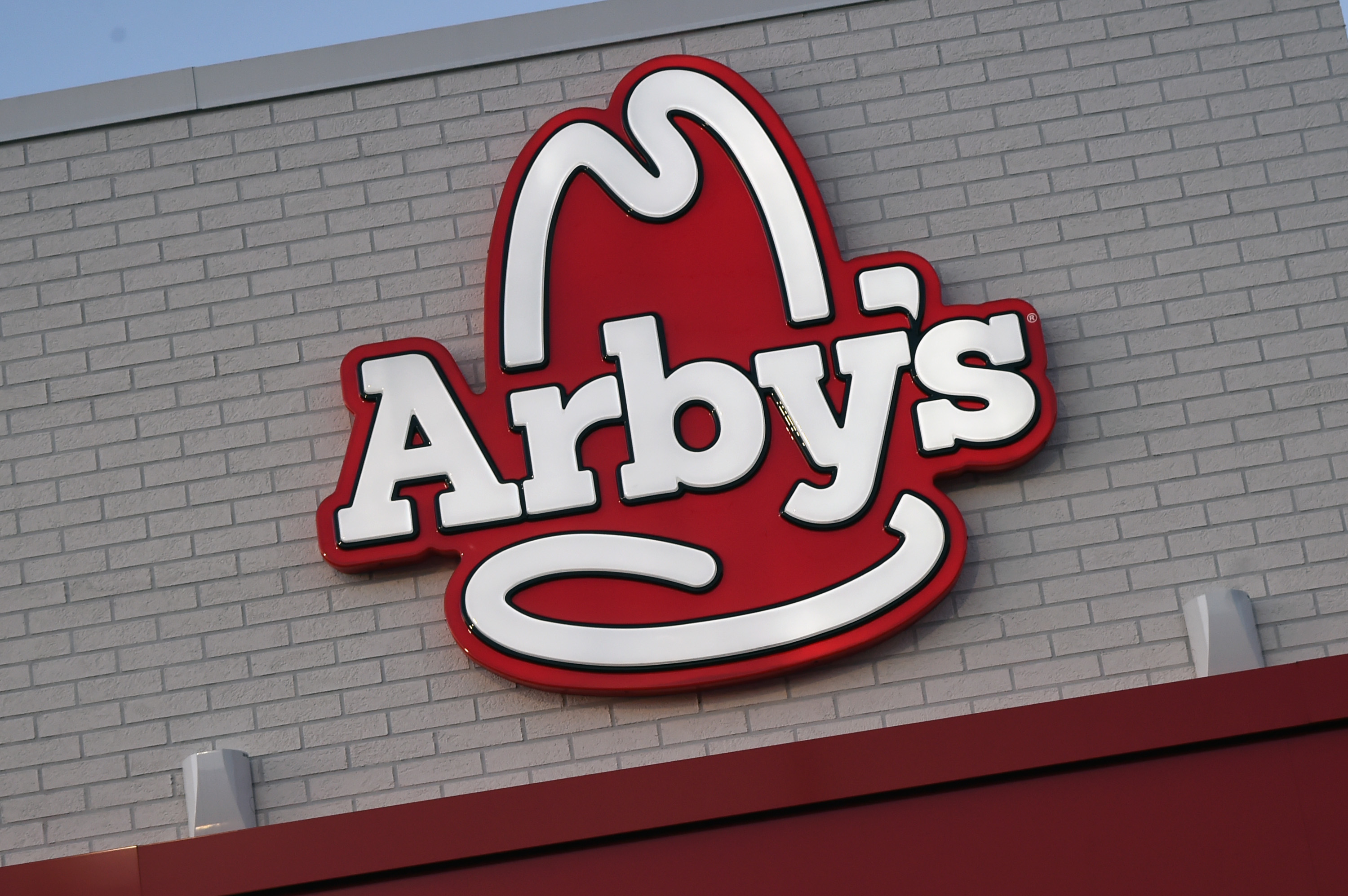 In a series of tweets late Thursday evening hog went after Arby’s for their advertising on Ingraham’s show. Hogg went as far as to publish the private names and emails of executives at Arby’s to pressure them into pulling their advertisements. 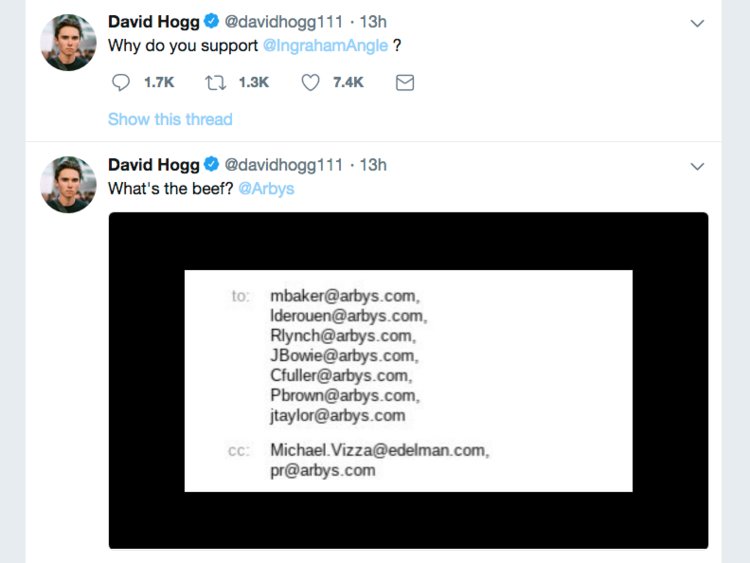 The tweets have since been deleted but the screen grab above was captured by Business Insider.

There has been no official statement yet from Arby’s on the issue.