David Hogg posed for a photograph Saturday with two Florida GOP operators — and one of them was wearing a pro-Trump t-shirt that was quite derogatory toward CNN.

Andrew Pollack, who lost his daughter, Meadow Pollack, in the Parkland shooting, held a memorial ride and barbecue Saturday.

Pollack has been a one-man wrecking crew since the tragic event, advocating for school safety and getting bills past. He is also advocating for the memory of his daughter.

On Saturday in Florida, Pollack hosted a bike ride from a local Harley Davidson dealer to his home to raise funds for a park to be built in his late daughter’s honor.

The star-studded event featured a bipartisan group of politicians and celebrities, who showed up to support the legacy of Meadow Pollack.

One person in attendance was David Hogg. 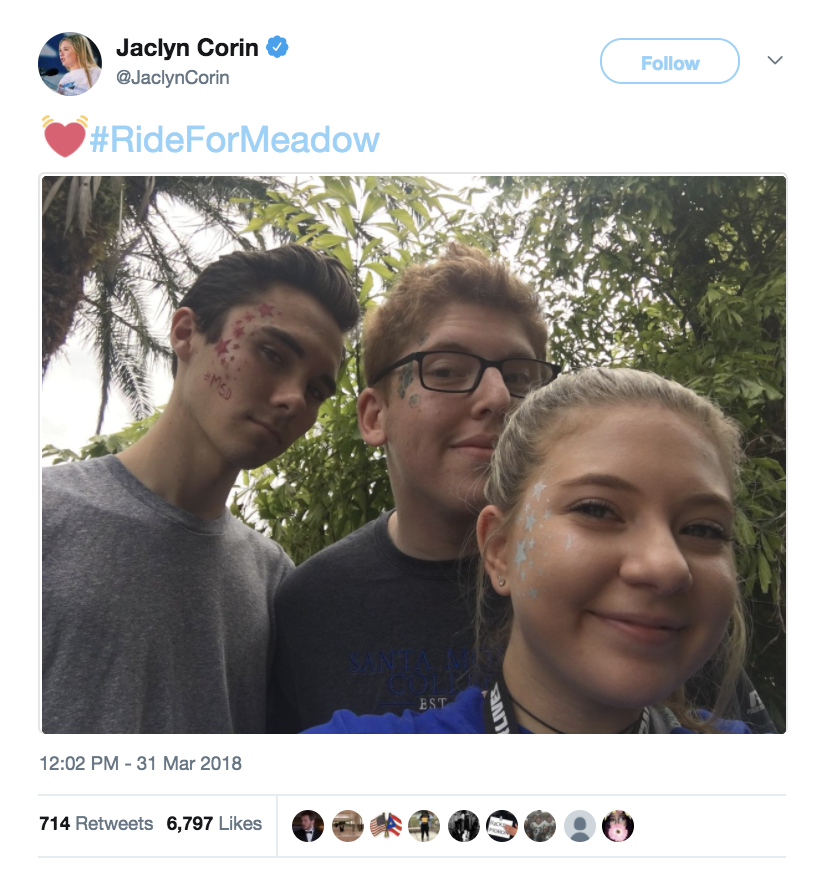 Hogg has become the de-facto face of the gun control movement since the shooting. The current senior at Stoneman Douglas High School is a regular on cable news, advocating against the NRA and politicians who receive donations from the group.

When two GOP operators saw Hogg at the event, they approached him and began a discussion.

Javier Manjarres, a potential Republican challenger to Congressman Ted Deutch, and Derek Schwartz, a current GOP candidate against Lois Frankel, told The Daily Caller that they had a “polite” and “respectable” conversation with Hogg. Schwartz was wearing a shirt that featured a cartoon of President Trump urinating on a CNN logo. Manjarres told TheDC that Hogg pointed at the shirt and said “nice shirt,” before agreeing to take a photo with the two. 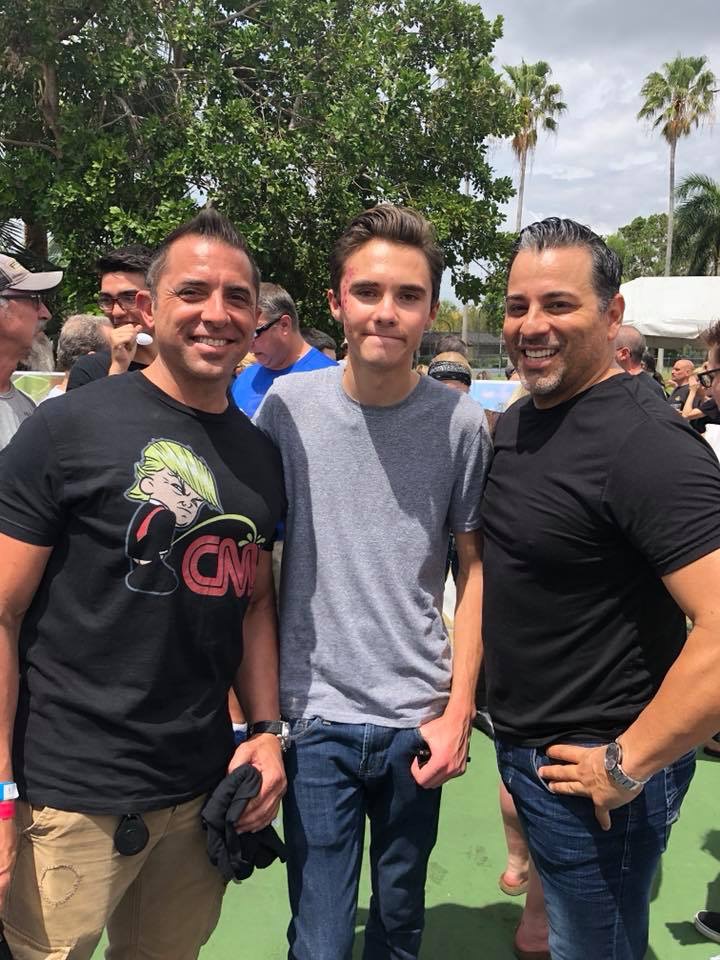 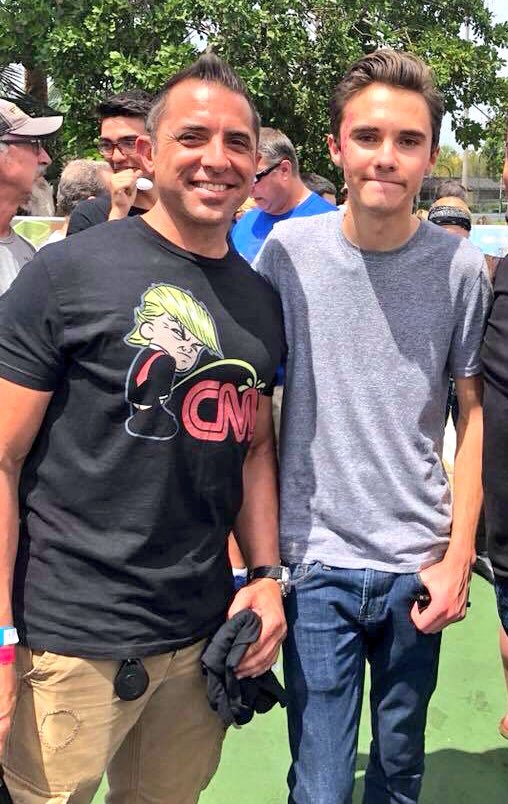 Hogg is a regular feature on CNN and has bragged about hanging up on a call with the White House in the aftermath of the shooting.

Javier Manjarres posted the photo with a caption declaring that Hogg agreed to vote for him over Deutch:

So while I was at Andrew Pollack’s house to support his #meadowsmovement I ran into congressional candidate Derek Schwartz and David Hogg. Hogg told me he turns 18 in April and would vote for me over Terrified Ted Deutch . I doubt it considering he is a lefty. Ted didn’t even show up to show support. 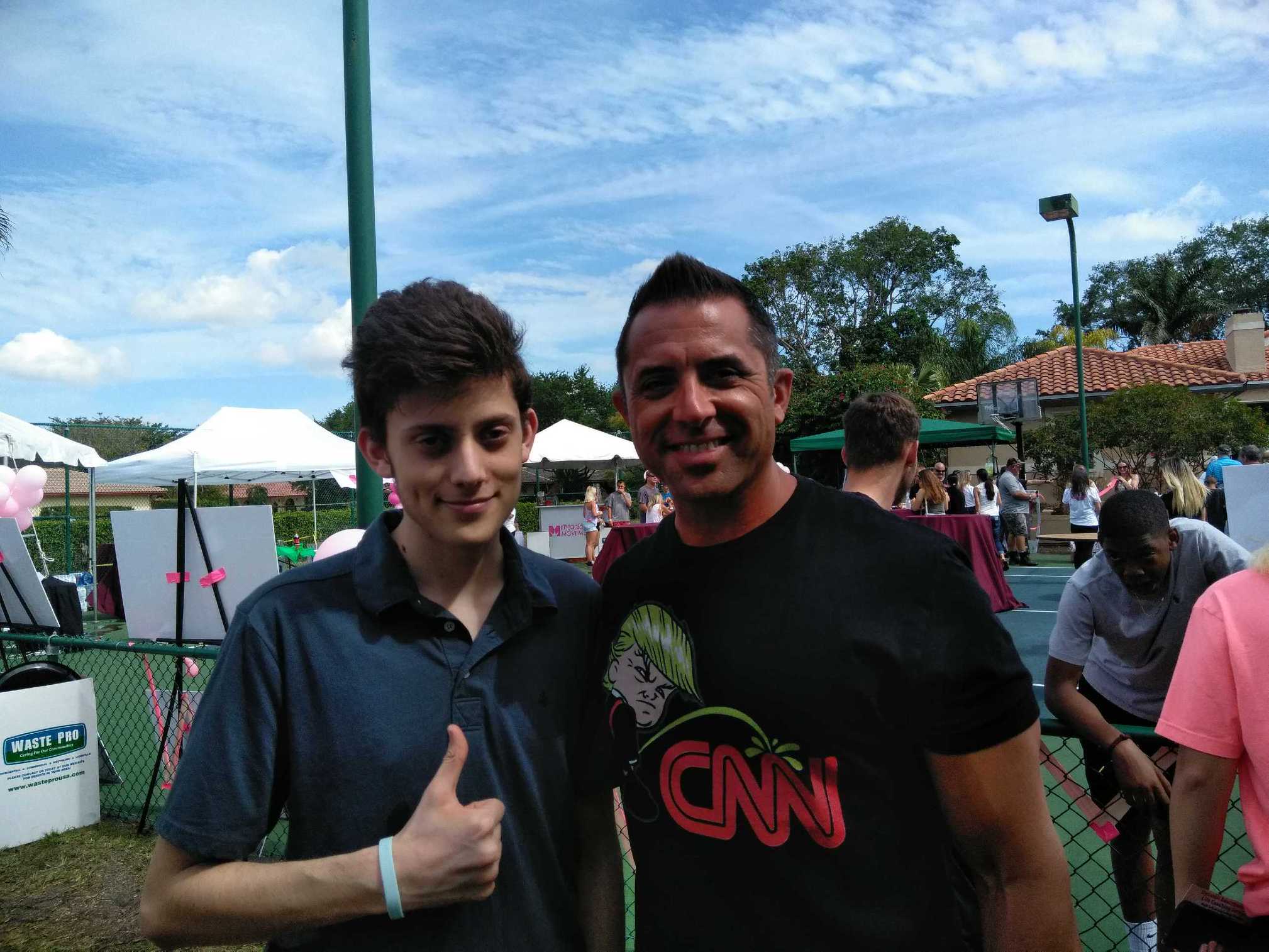 Aside from the political positioning, the ride for Meadow was a massive success and featured over 500 bikers. Andrew Pollack said of the event:

Ride For Meadow is 500 bikes strong today! Paul Teutul, the owner of Orange County Choppers & star of American Choppers, even came out!

I am beyond grateful to everyone who took time out of their Easter Weekend to come show support and honor my baby girl. And I appreciate all of those who are committed to school safety and support is on Facebook.

If you would like to donate $10, $50, or whatever you can give to the playground we are going to build in the local community in honor of my daughter & for the enjoyment of countless other children, please visit www.RememberMeadow.com.