Former United States attorney Joe diGenova said during a Monday interview that nothing but appearances prevented him and his wife, Victoria Toensing, from joining President Trump’s personal legal team.

DiGenova told Daily Caller editorial director and “Mornings on the Mall” host Vince Coglianese that, after POTUS and his attorney Jay Sekulow expressed interest at hiring him the husband and wife legal team, they all “met for an hour and a half” at the White House.

He claimed to have found Trump “charming beyond belief [and] wickedly smart,” with a strong knowledge of the legal processes surrounding special counsel Robert Mueller’s investigation. 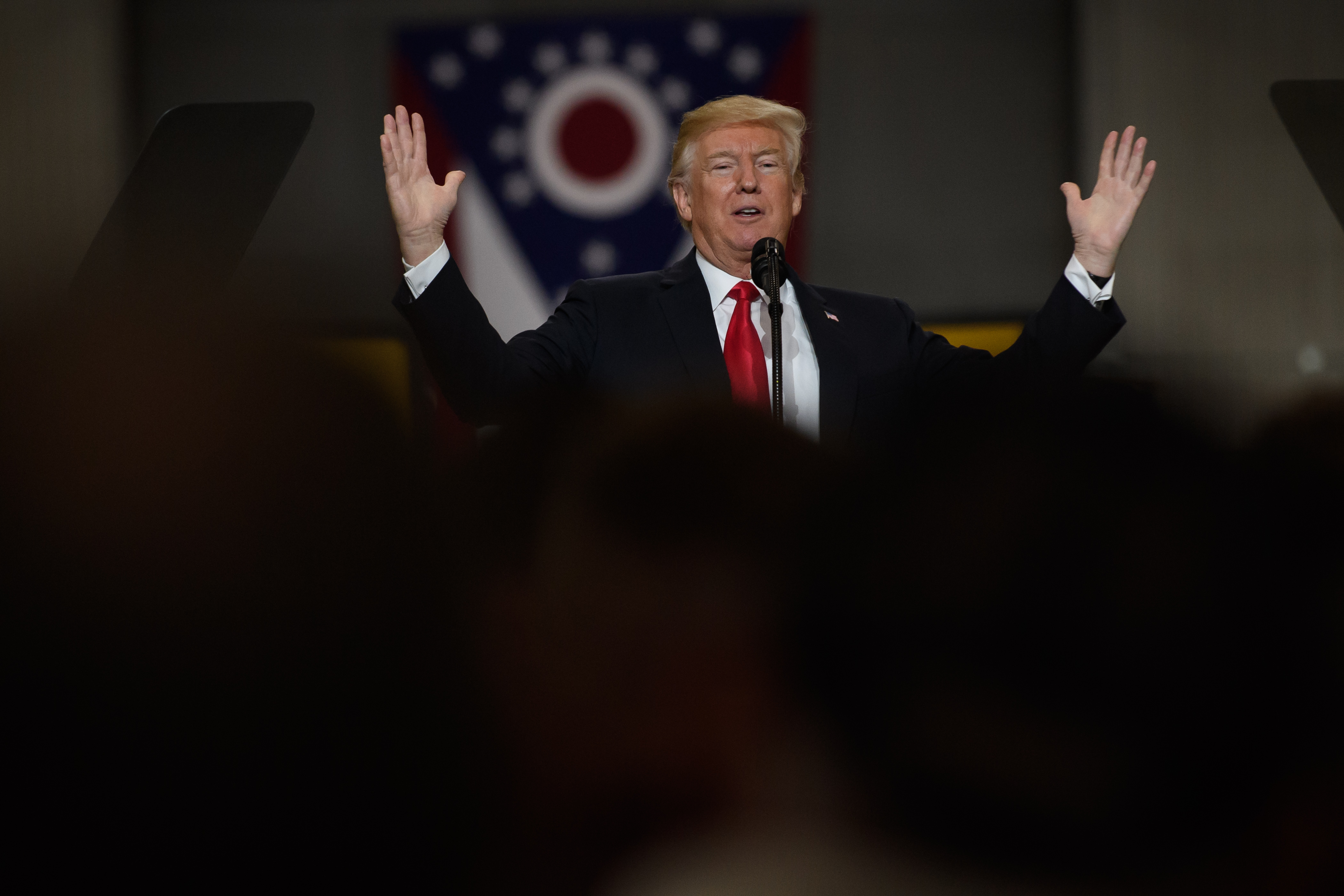 President Donald Trump speaks to a crowd gathered at the Local 18 Richfield Facility of the Operating Engineers Apprentice and Training, a union and apprentice training center specializing in the repair and operation of heavy equipment on March 29, 2018 in Richfield, Ohio. (Photo by Jeff Swensen/Getty Images)

Despite not being hired by Trump, diGenova said they will “continue to work with the president in a number of capacities.”

“We were honored by the opportunity to have visited with him and also to have advised him and that we looked forward to working with him. … We have spoken with the president a number of times since then.”

Pressed by Coglianese, diGenova admitted it was ultimately an “appearance thing” that prevented his hiring.

“We represented three people in the Mueller investigation, and while they were not technical conflicts — in other words they would not have prevented us from doing what we were asked to do — there was a perception that some people thought it looked bad ethically.”

“It wasn’t,” he continued. “It was perfectly legitimate to represent a lot of these people and represent the president, but we said, ‘look, we’ll help any way we can.'”

“It was an appearance thing. It was the politics of it, and perfectly understandable concern on their part.”

DiGenova declined to give any further information on the “confidential” ways he will continue assisting Trump. You can listen to his entire interview below.