A new report indicates that President Obama is “relieved” to not be president of the United States anymore.

“It’s obvious to most people who are watching that he is relieved to no longer be bearing the burden of the presidency,” former Obama press secretary Josh Earnest claimed, The Hill reported Monday.

“I think there’s no doubt that he is more relaxed and more at ease and more unburdened than he’s been in a decade, and it shows,” Earnest added. 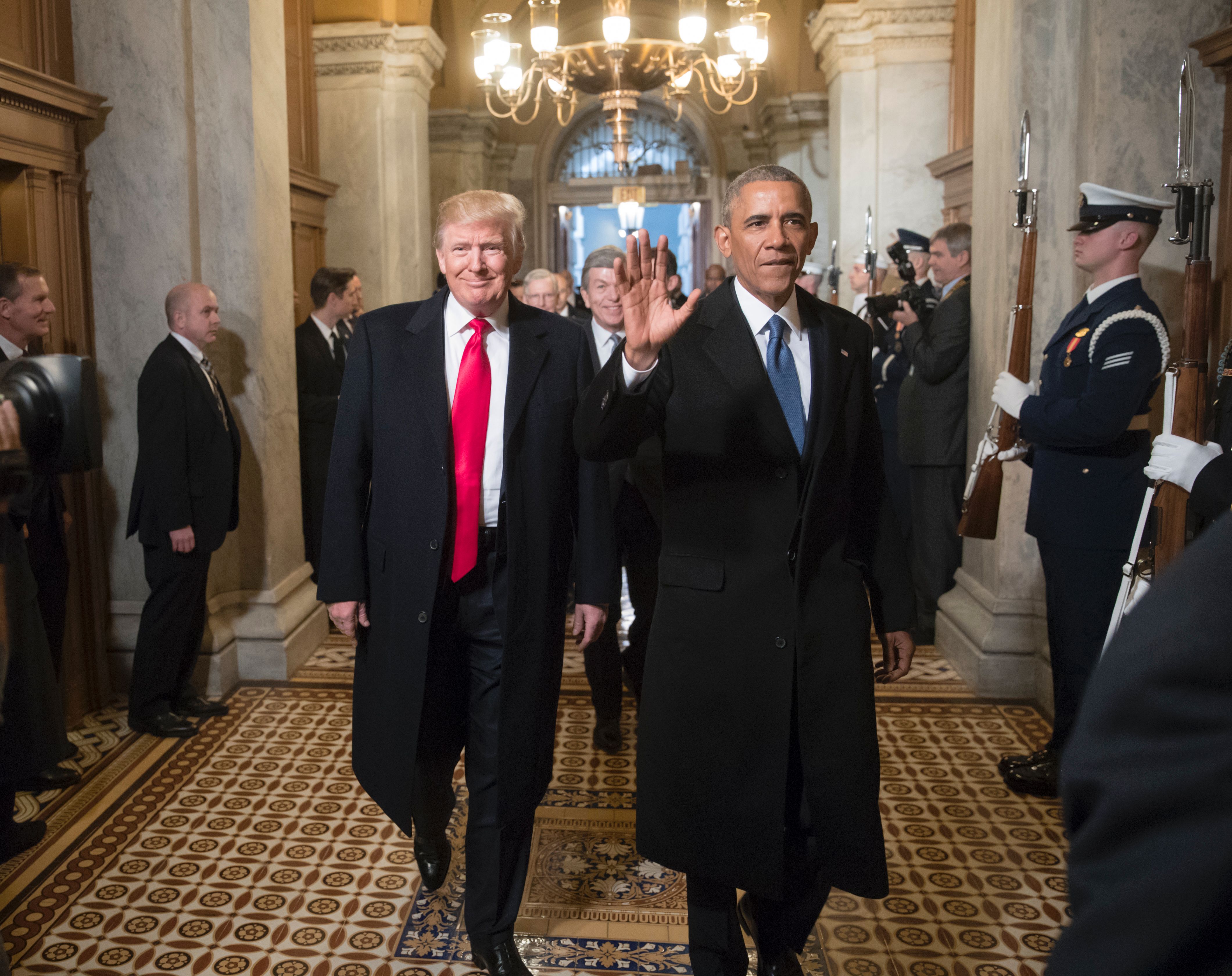 US President-elect Donald Trump and President Barack Obama arrive for Trump’s inauguration ceremony at the Capitol in Washington,DC on January 20, 2017.
Donald Trump was sworn in as the 45th president of the United States Friday — ushering in a new political era that has been cheered and feared in equal measure. / AFP / POOL / J. Scott APPLEWHITE (Photo credit should read J. SCOTT APPLEWHITE/AFP/Getty Images)

President Obama hasn’t been too quiet since leaving office, however.

In February, Obama gave a secret speech to the Massachusetts Institute of Technology (MIT). A recording leaked and was reported on by Reason. Obama can be heard poking at the Trump administration, saying, “We didn’t have a scandal that embarrassed us.”

“Generally speaking, you didn’t hear about a lot of drama inside our White House,” Obama also said. (RELATED: Obama Takes Swipe At Trump In Secret Speech — ‘We Didn’t Have A Scandal That Embarrassed Us’)