Colin Farrell has reportedly entered a rehab center in Arizona after several years of sobriety, according to the Daily Mail Tuesday.

A source close to the 41-year-old actor explained that he “pre-emptively” checked himself into the elite Meadows clinic in Wickenburg this past week before he started getting “urges” to “use” again. Farrell has a history of alcohol and drug abuse. 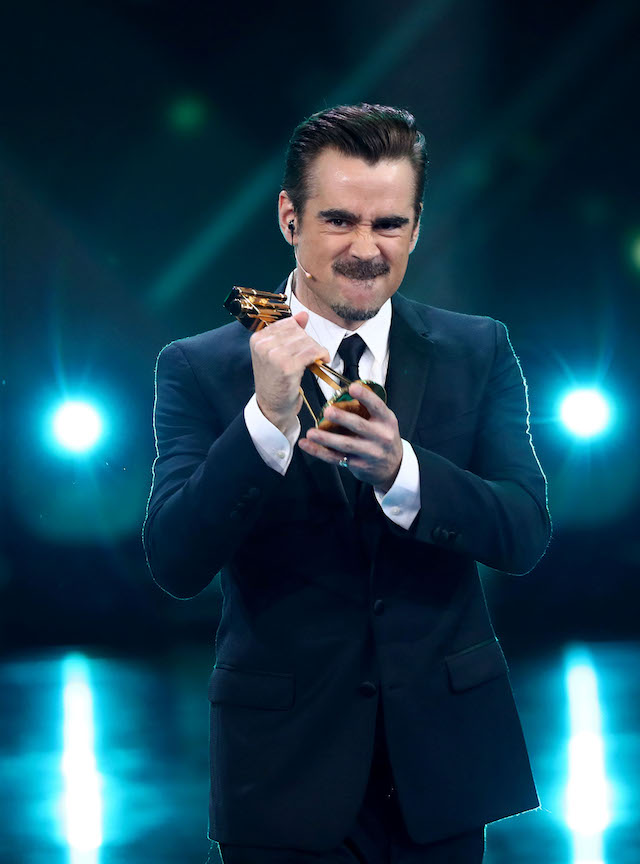 “We all know that Colin is an addict, he’s had 12 years of sobriety,” the source shared. “He was overwhelmed for the past year and the urges started to come back with being so busy at work and he felt, eventually, out of control and thought maybe he should get ahead of it before he starts using again.”

“He decided to pre-emptively check himself in before it went to a bad place,” the source added. “He didn’t want to go down that rabbit hole again. He’s so hyper aware that he’s an addict that he felt that he could very easily start using again.”

“Another week and he could have started using again,” the source continued. “Colin has worked so hard to stay sober that the only way he thought he could get it under control was to go back and get some professional help. He has a lot of responsibilities and he thought it best to go away for a while and get help.”

Farrell first sought help after the filming of “Miami Vice” in 2005, after struggling for more than a decade with his addiction.

“I’d gotten out of control–for years I could indulge in certain things,” Farrell explained during a 2013 interview. “I had quite a high tolerance for various drugs for years, I thought. It accumulated to the point where I couldn’t put my foot on the brake anymore.”

1
Black Firefighter Spent His Life Savings To Open A Bar. Then Minneapolis Looters Burned It Down
US
2
STONE: Now That I'm Ungagged, I'd Like To Say A Few Things About My Prosecution
Opinion
3
Former Football Star Gunned Down During Riots In Indianapolis. Here's What We Know
Editorial
4
Here Are The Possible Reasons Mike Flynn's Judge Hired His Own Attorney
Politics
5
Tom Cotton Suggests Calling In The 101st Airborne To End Riots
Politics