The Houston Astros revealed their Wold Series pennant at their home opener on Monday night, but it didn’t go quite smoothly as planned. 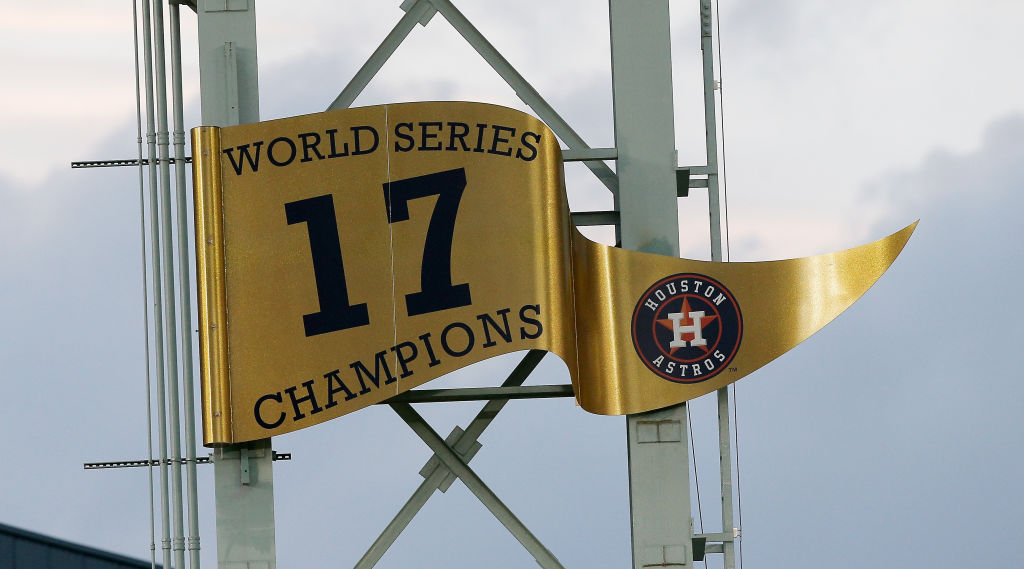 Revealing a championship banner in front of your home crowd is always a special moment for sports teams — and one you want to go off without a hitch. Unfortunately that wasn’t the case at Minute Maid park on Monday night.

When the announcer introduced the big reveal and directed the thousands of fans in attendance to look toward the pennant, which hidden by a black sheet, nothing happened. (RELATED: Houston Astros Coach Throws Out First Pitch Months After Nearly Dying)

At this point the sense of anticipation left the stadium and laughter took over, including a few chuckles from the championship team.

Eventually the man on the ladder and the other with the leaf blower were finally able unveil the 2018 World Series pennant to a somewhat underwhelming roar from the crowd.

Luckily the game itself went better than the pregame ceremony for the Astros, who handled the Baltimore Orioles 6-1 in their home opener for the 2018 season.