Seattle police have lawfully confiscated 27 firearms from residents since July 2017 thanks to the help of a new “Extreme Risk Protection Order.”

Washington is one of six states (California, Connecticut, Florida, Indiana and Oregon) with red flag laws. 18 other states, and the District of Columbia, have proposed adopting similar measures in the wake of the Parkland shooting. 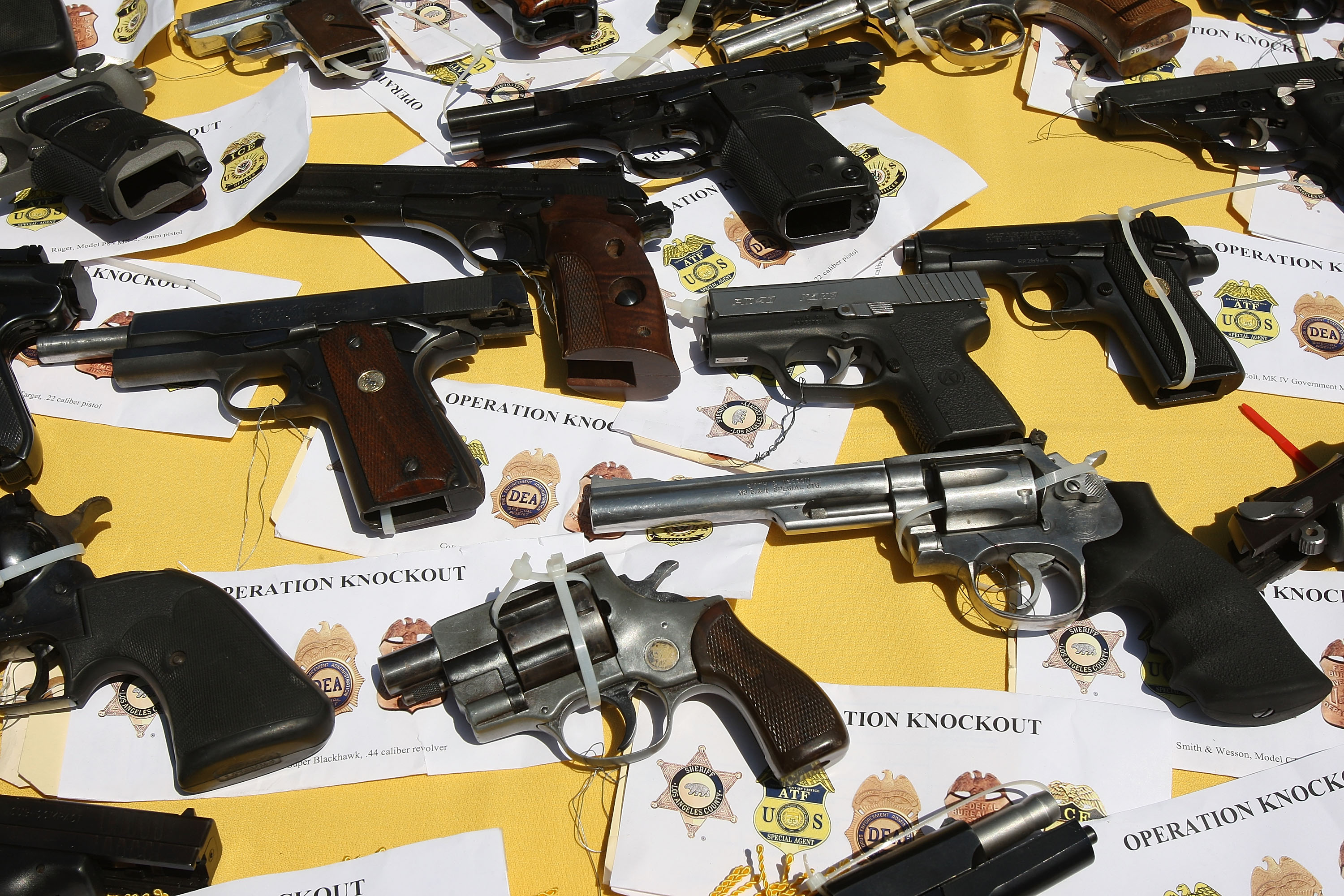 Some of about 125 weapons confiscated during what the federal authorities say is the largest gang takedown in United States history are displayed at a press conference to announce the arrests of scores of alleged gang members and associates on federal racketeering and drug-trafficking charges on May 21, 2009 in the Los Angeles-area community of Lakewood, California. (Photo by David McNew/Getty Images)

Fox News highlighted the story of Alexander Mckenzie, a 31-year-old Army veteran whose firearm was lawfully confiscated after people complained about him glaring at other patrons of a local pizza parlor.

Mckenzie has been treated for PTSD and reportedly “agrees” with the decision to take his weapon. He is one of 16 Seattle residents police have seized guns from since the order was enacted.

Since Parkland, red flag laws have been increasingly highlighted by gun control advocacy groups like Everytown For Gun Safety and the Brady Campaign.

“We think of this as a new frontier,” Jonas Oransky, Everytown’s deputy legal director, said of the laws in February. “We don’t have a perfect system in this country, and we can’t stop every act of gun violence. This is a way for states to take some care and be somewhat nimble when there is a dangerous case.”

Everytown and the Brady Campaign both did not return requests for comment on the constitutionality of red flag laws.