President Donald Trump took a shot at his 2016 opponent Hillary Clinton during a Tuesday bilateral pool spray with the heads of the Baltic States.

“You look at what’s going on,” Trump told reporters in the room when asked about the United States’ current relationship with NATO. “Germany pays 1 percent, the United States is paying close to 4 percent.”

“The United States, as you said, is paying 80 percent of the cost of NATO. Do you think that’s fair?” 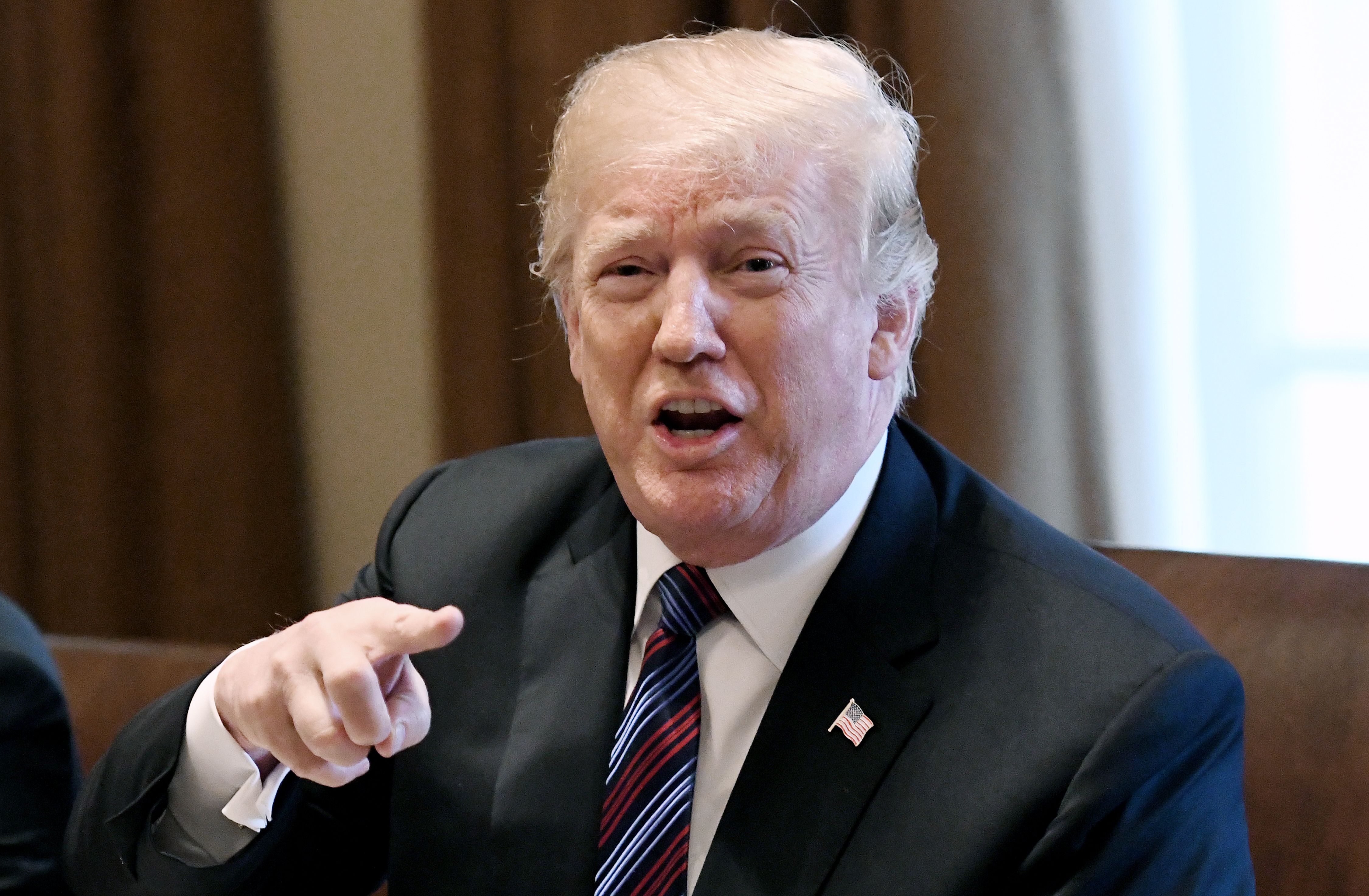 US President Donald Trump (2nd R) hosts a working lunch with the Baltic heads of state on April 3, 2018, in the Cabinet Room of the White House in Washington, DC (OLIVIER DOULIERY/AFP/Getty Images)

“With all of that being said, because of me and you can speak to the head of NATO, Mr. Soltenberg, he said that because of what I’ve said to the countries,” POTUS continued, “they’ve taken in … many billions of dollars more than they would have had if you had ‘Crooked’ Hillary Clinton as president.”

“That I can tell you. Many billions of dollars more.”