History Channel confirmed Wednesday that it has scrapped plans for a six-part drama series about Bill Clinton’s impeachment, Deadline reports.

The drama series, created by R.J. Cutler, was to be based off of Peter Baker’s best selling 2012 book, “The Breach: Inside the Impeachment and Trial of William Jefferson Clinton.” 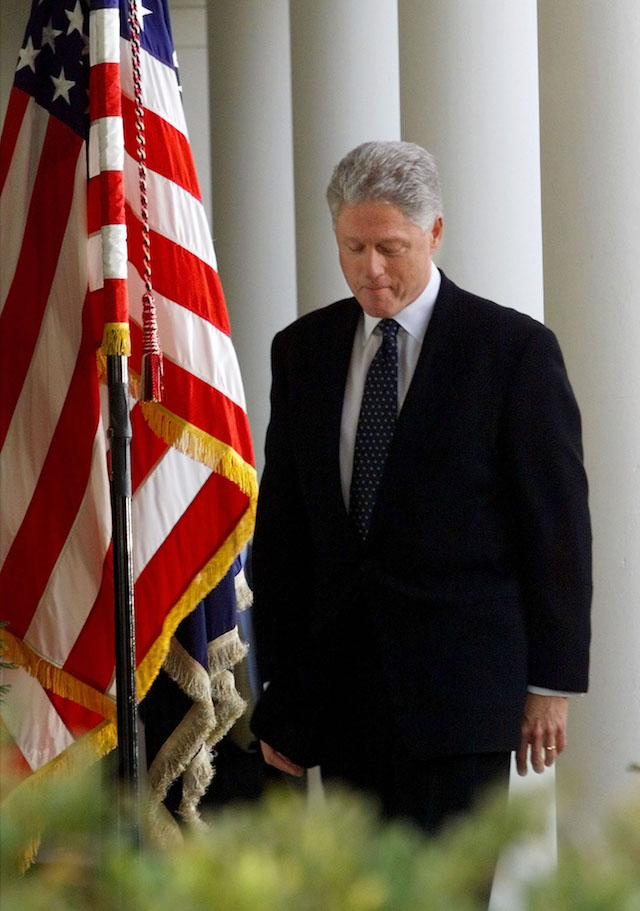 US President Bill Clinton walks past columns encircling the Rose Garden after making a statement regarding the impeachment trial, February 12. Clinton was acquitted on both charges against him. (Photo: Reuters Images)

History gave the scripted drama series the greenlight in September, but has decided to abandon the project due to a “creative decision.”

A handful of A-list celebrities had reportedly been offered lead roles, but no one had yet to be cast.

The series was to be the first of several installments in “The Commanders” anthology series that would focus on “pivotal moments in U.S. history that defined the legacy of the men who served as Presidents of the United States — from the first one, George Washington, to No. 42, Bill Clinton.”

The other parts of the series — focusing on the presidencies of Franklin Delano Roosevelt, Ronald Reagan, Theodore Roosevelt and Thomas Jefferson — are reportedly still in the development stages.

The Clinton series was going to focus on everything from the “revelation that President Clinton was having an affair with White House intern Monica Lewinsky” up through the drama that put Hillary Clinton, Special Prosecutor Ken Starr and many others in the headlines.