John Krasinski knows he out-kicked the coverage by marrying Emily Blunt, but that doesn’t stop complete strangers from reminding him of it.

The 38-year-old actor joined Jimmy Fallon on “The Tonight Show” Tuesday night when he revealed a particularly funny experience with a London customs agent who couldn’t believe “The Office” star was married to the British beauty. Although, Krasinski didn’t find it too funny himself.

“I married up, and don’t I know it. Don’t I know it,” Krasinski said drawing laughter from the crowd. “They don’t have to tell me; the customs agent in London did.”

The actor was traveling to London to visit his wife on the set of “Mary Poppins” earlier this year when a customs agent decided to take a dive into his personal life.

“It was going great, the customs, the whole experience. And then I hit this guy who was about my age and he looked like he was ready to get a little surly with me,” Krasinski began. “He said, ‘It says here that you’re an actor. Would I know you from anything?’ And I went, ‘You know, we redid the U.K. version of The Office.’ Strike one! He was like, ‘Oh, you took what we did, perfect.’”

What a lovely welcome to London, right? 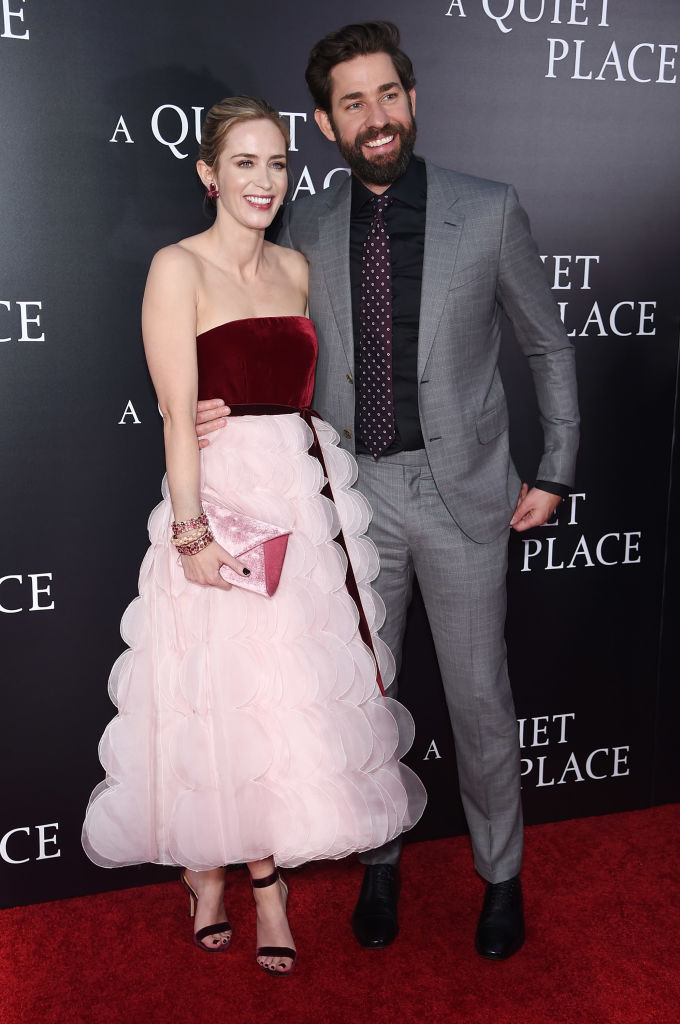 Not only is Krasinski married to Blunt, but he also stars alongside her in the new horror film “A Quiet Place” that just hit theaters.