Nasim Aghdam’s family members reportedly warned police they thought she was going to attack the YouTube headquarters early Tuesday morning, but the San Bruno Police Department could not prevent the shooting later that afternoon.

Aghdam wounded three people after opening fire on YouTube staffers Tuesday afternoon. She reportedly was motivated by a perception the company was censoring her videos on a variety of liberal issues.

Similarly, Aghdam’s brother contacted the authorities after she did not respond to multiple text messages and calls Tuesday morning.

“I Googled ‘Mountain View,’ and it was close to YouTube headquarters,” he told a local CNN affiliate. “She had a problem with YouTube.” 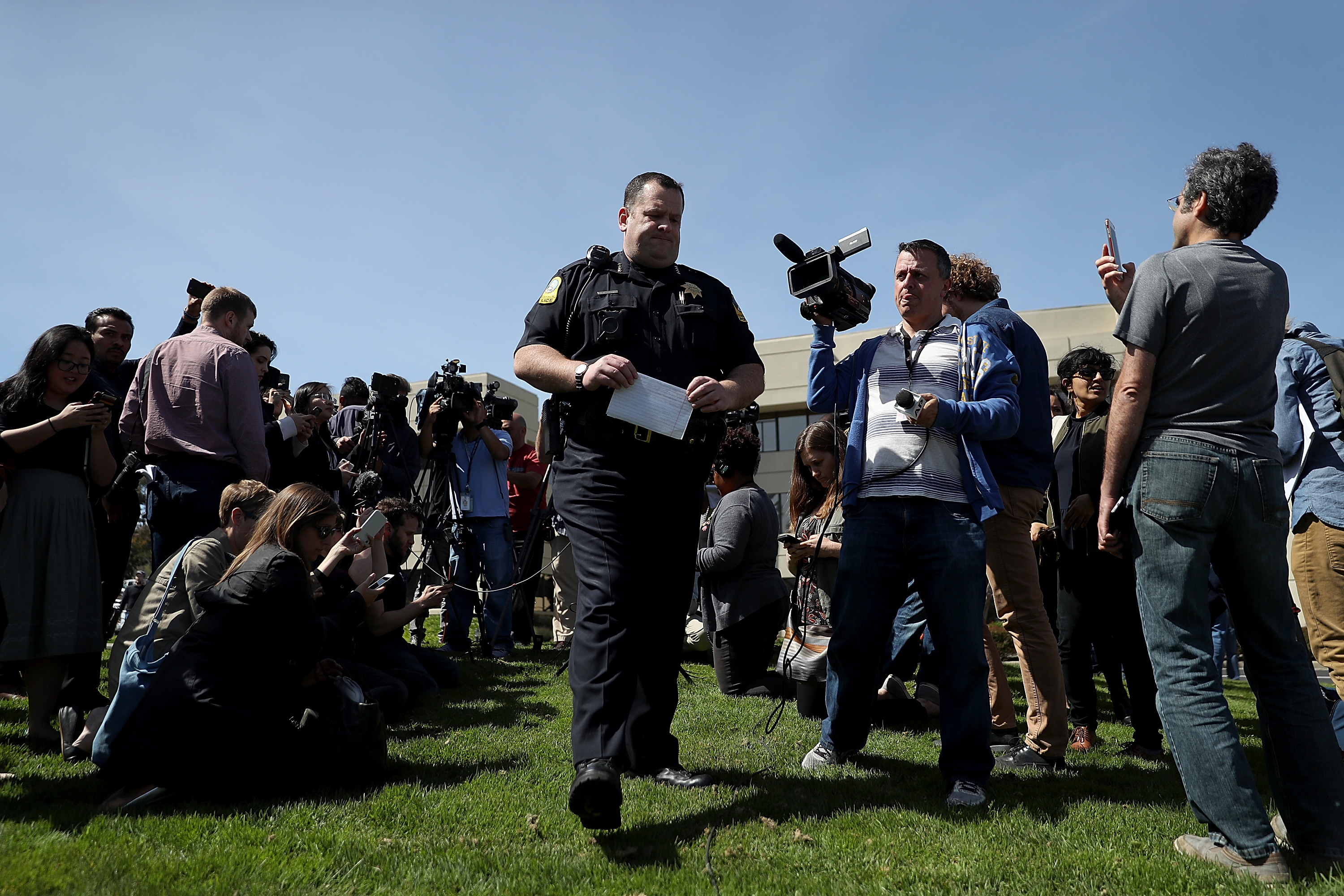 SAN BRUNO, CA – APRIL 03: San Bruno police chief Ed Barberini speaks to members of the media outside of the YouTube headquarters on April 3, 2018 in San Bruno, California. Police are investigating an active shooter incident at YouTube headquarters that has left at least one person dead and several wounded. (Photo by Justin Sullivan/Getty Images)

San Bruno Police Chief Ed Barberini said on ABC Wednesday morning his department was aware Aghdam “was reported missing by her family in San Diego on the 31st of March, and that she was located in a community about 30 miles south of us early Tuesday morning.”

“This is what they are doing to vegan activists and many others who try to promote healthy, humane, and smart living,” she said in one video. “People like me are not good for big businesses… that’s why they are discriminating and censoring us.”