A California college featured a bulletin board Tuesday, “S-Know Your Whiteness,” suggesting race has “no scientific basis” and claiming “whiteness” is “about power.”

Santa Clara University displayed the bulletin board in a campus residence hall, according to documents The Daily Caller News Foundation obtained. The board has six sections — each features a message along with a dwarf from Snow White. 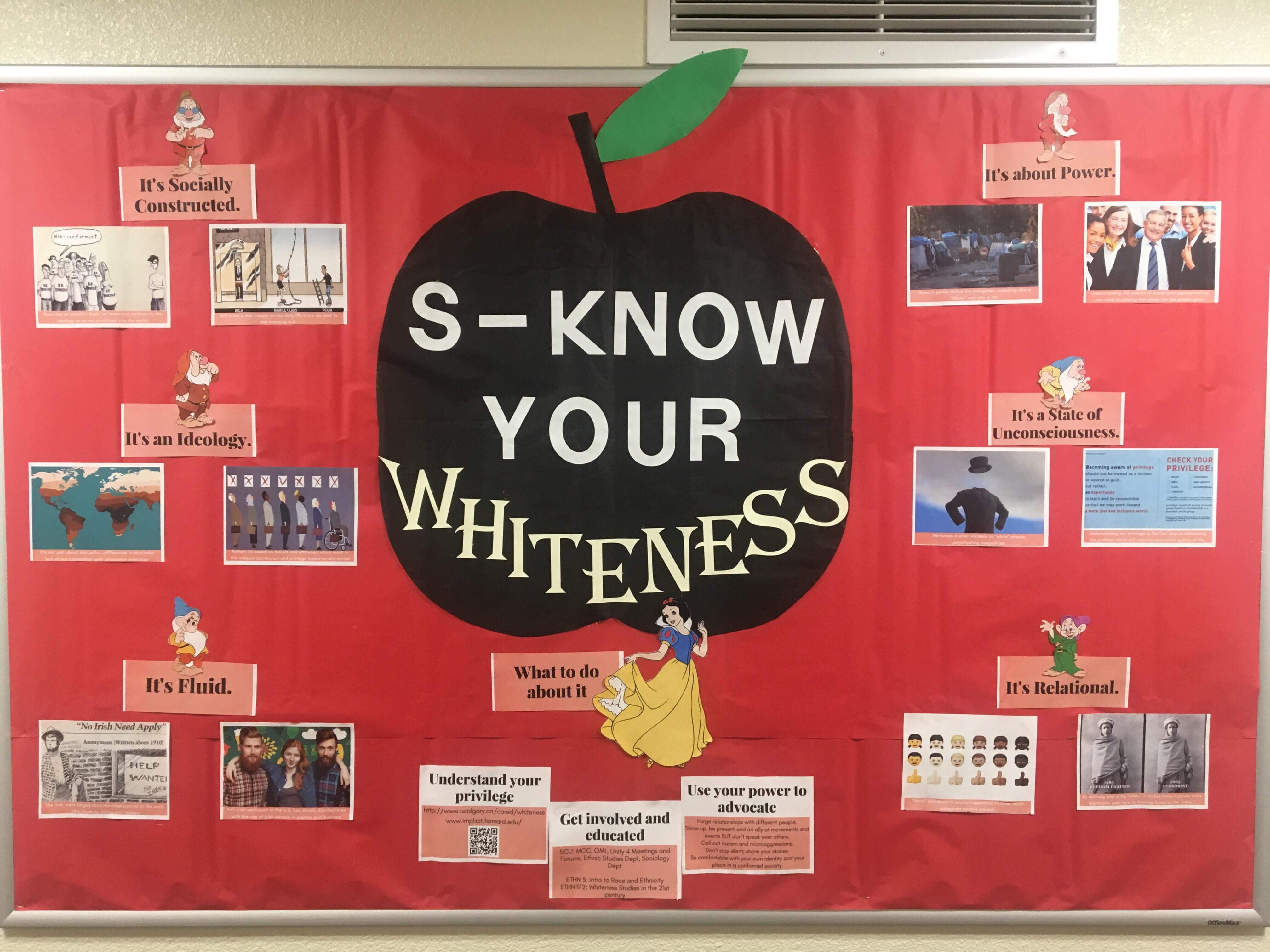 “Understanding the amount of power your appearance has can lead to utilizing that power for the greater good,” the Grumpy section of the board advertises.

Another part of the board displays Bashful and describes whiteness as “often invisible to ‘white’ people,” displaying a privilege check list with white, male, class, Christian, cisgender, able-bodied, and heterosexual boxes.

Dopey’s section features two photos of the same Arab — one labeled “1985, freedom fighter” and the other labeled “2005, terrorist.”

“By defining who is the ‘other,’ [whiteness] makes those in power more legitimate,” as per the caption, “seen here by reframing Arabs as the ‘other.'” 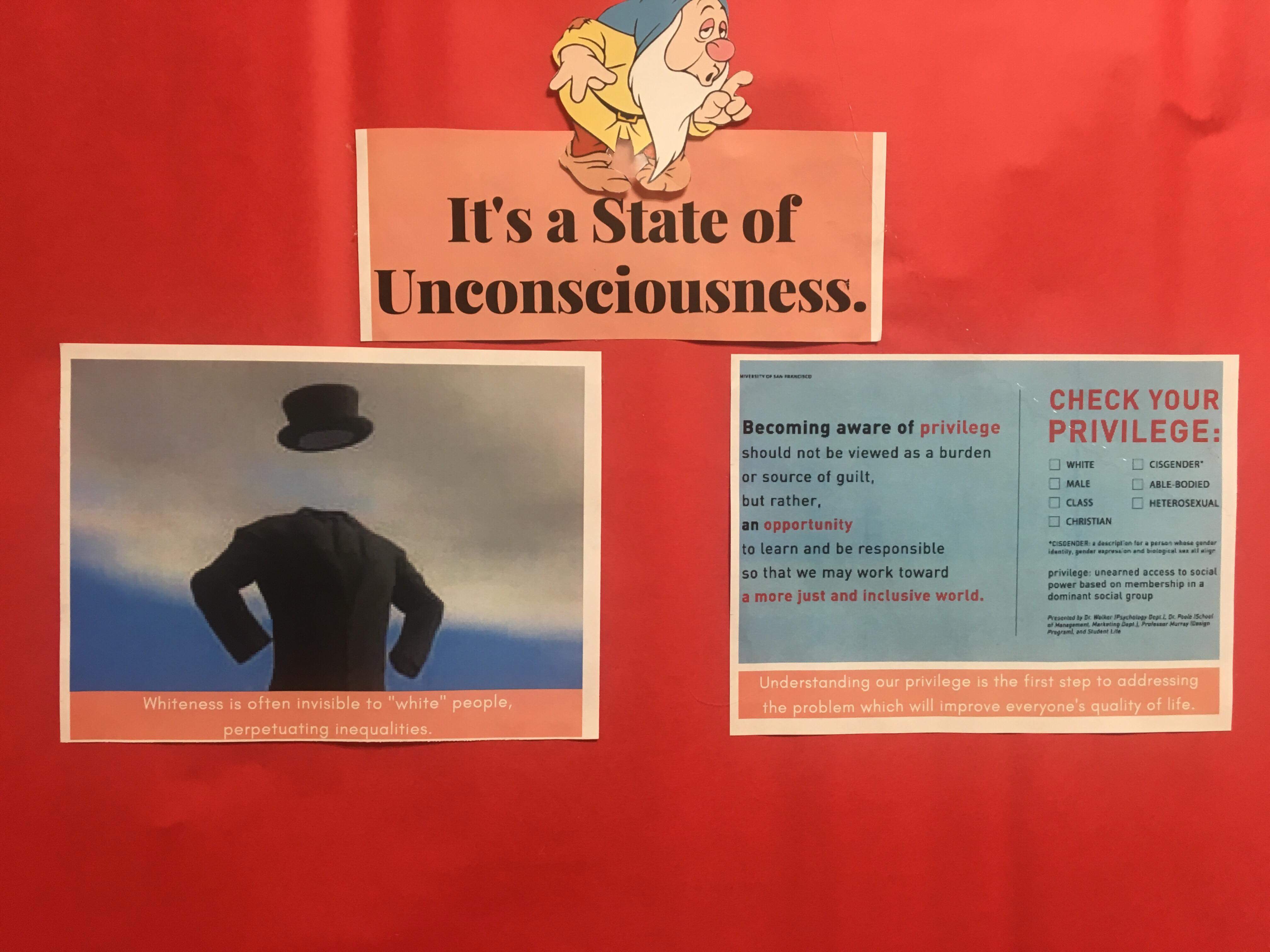 While one section of the bulletin board insists “race has no scientific basis,” another posits “difference in skin color has direct correlation with ultraviolet radiation.”

The Snow White section of the bulletin board informs students — who are apparently presumed to be white — “what to do about” their whiteness, suggesting related courses and departments at Santa Clara and telling them “be present and an ally at movements and events BUT don’t speak over others.”

TheDCNF reached out to Santa Clara for comment but received none in time for press. 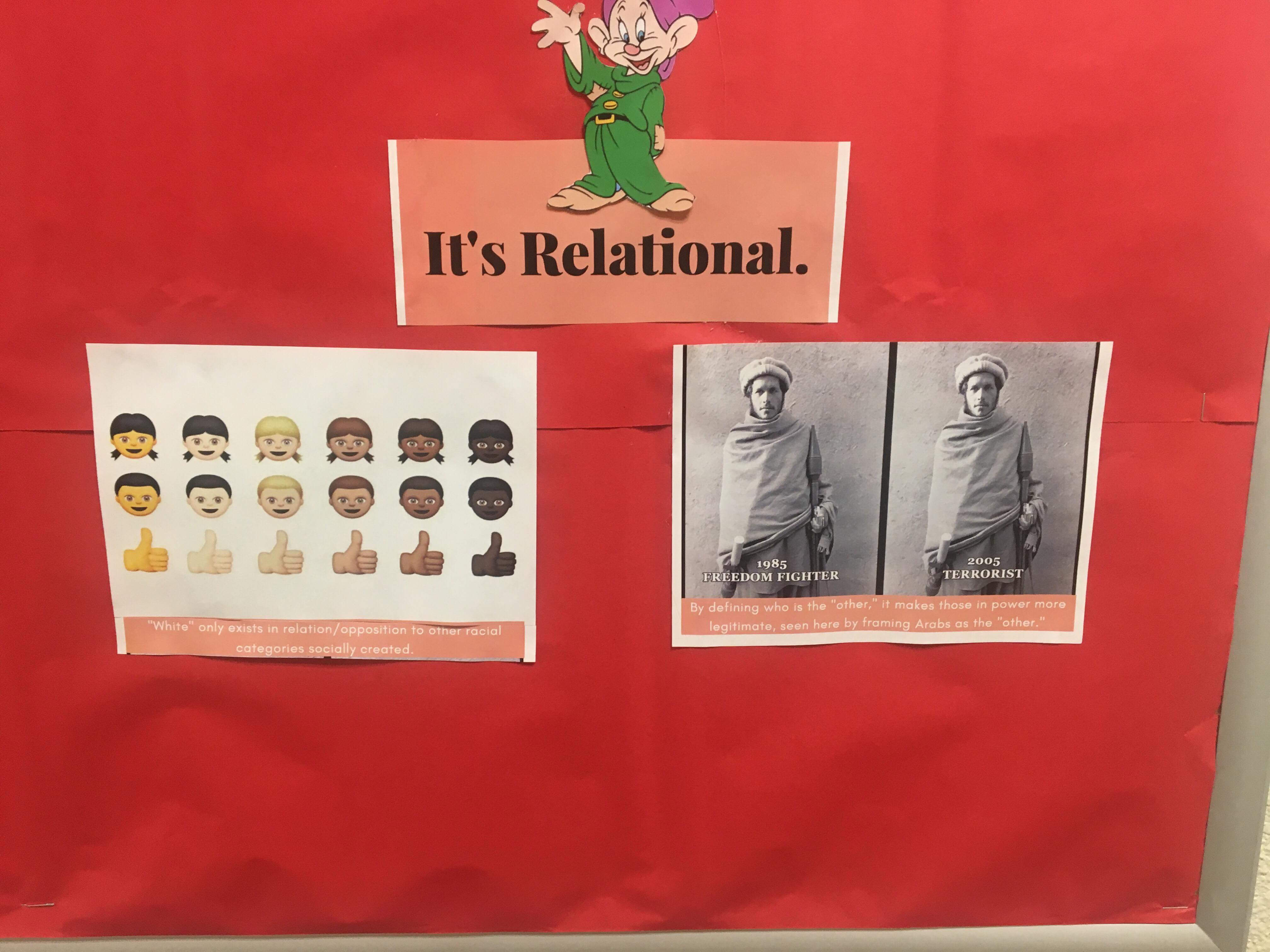 “[Santa Clara University] is located in a county in which 73 percent of votes went to Hillary Clinton in 2016. In that kind of echo chamber, what is considered undeniable fact can venture into the realm of extremism,” the student photographer, who wished to remain anonymous, told TheDCNF. “Every day, students walk by posters with instructions on how to be an ally to ‘undocumented students,’ fliers on how to avoid ‘toxic masculinity,’ and advertisements for classes with titles like ‘Queer Native American Literature.’ I’m just waiting for university administrations to realize that their product is not marketable; if it were, they wouldn’t have to rely so heavily on government endowments.”

The university had replaced the “S-Know Your Whiteness” board with one depicting purported concerns from the dorm’s residents including “populist demagogues,” “glaciers melting,” and “protection of those without documentation,” the student also informed TheDCNF. He advised students to document similar occurrences at their own universities to hold colleges to account.

This article has been updated to reflect further comment from the anonymous student.