A $60 million power line the U.S. Army Corps of Engineers built in Afghanistan ends abruptly without connecting to a power source, and government inspectors are concerned that it won’t be ready in the near future.

The project was supposed to expand the high-voltage power system in Afghanistan, provide electricity to unserved population centers, and to develop a reliable power grid for the country, but as of this month, the transmission lines, new power substation and other parts of the project are completely inoperable.

The Army Corps of Engineers’ “mismanagement has resulted in the U.S. government spending approximately $60 million on a system that is not operational, may be structurally unsound, and presents safety risks to nearby Afghans,” John Sopko, who heads the office of the Special Inspector General for Afghanistan Reconstruction (SIGAR), said in a letter to Defense Secretary James Mattis along with the new report.

The Army awarded the first contract in the North East Power System (NEPS) project, part of a $10 billion development project for Afghanistan, in 2013, but the contract lacked some critical requirements for success — like connecting the new lines to an actual power plant.

Afghani construction company Zwakman Nabizai Construction Company received $116 million to build about 65 miles of 220-kilovolt power lines connecting three cities around 80 miles north of the capital of Kabul. The company was also supposed to build a new power substation, along with water systems and sewage for employees working the new station’s control building.

The contractor was scheduled to finish those construction projects by January 2016, but ran into problems because the Afghan government’s Ministry of Electricity and Water didn’t secure the land rights to take over the private property along the power line route. The project was finished by November 2017, when SIGAR inspectors visited, but the watchdog isn’t sure all the land was acquired “lawfully.” Some towers were built directly over occupied houses, and the lines pose safety hazard for those living nearby. 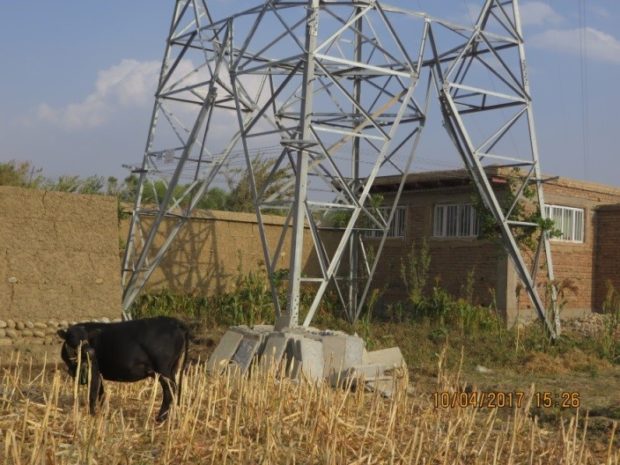 A power line transmission tower built over an occupied farmhouse. The power line could be hazardous to residents if it were turned on. (Photo: SIGAR)

Three of the 18 towers SIGAR inspected were built on “embankments of loose soil and without retaining walls,” and some concrete bases showed cracks. 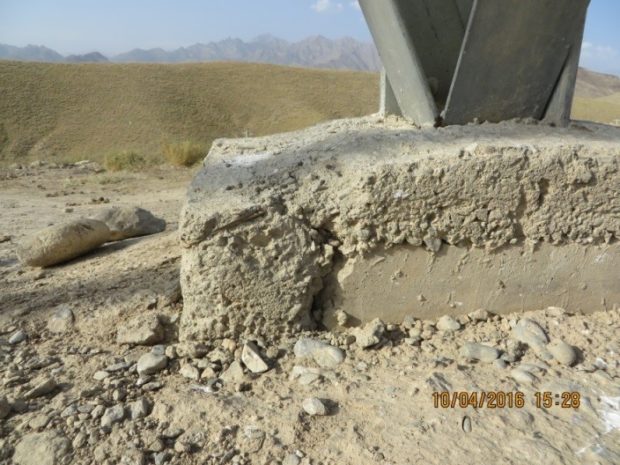 The foundation of a power line transmission tower in Afghanistan is crumbling. (Photo: SIGAR) 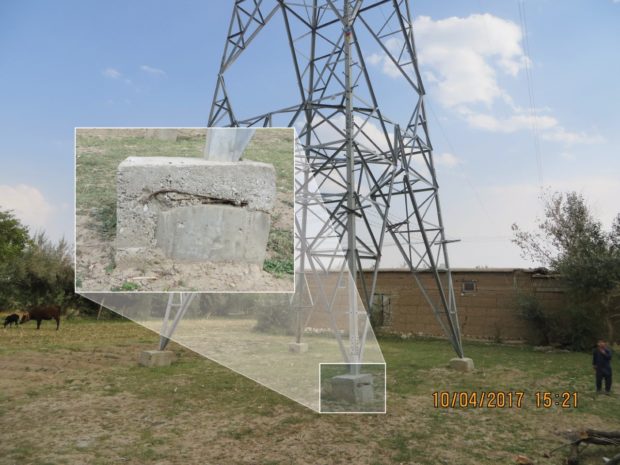 The 136 acid batteries installed at the new substation are at risk of “exploding because the room they are stored in cannot be properly vented of hydrogen gas and maintained at required temperature without electricity,” SIGAR said.

Even though the power line has been built — with some questionable construction, particularly in the foundations for some of the towers — it may not be operational. Because the Army Corps of Engineers didn’t direct Zwakman Nabizai Construction to connect the lines to a power source, it hasn’t been tested.

The master plan for the Afghanistan power grid doesn’t specify how the new lines will connect to a permanent power source, let alone for testing, so SIGAR tried to get that information from the French and Indian governments, who operate the nearest power plants, but hasn’t gotten a real answer. “As of March 2018, we were not able to reach knowledgeable officials at the Indian embassy in Kabul for comment, and the officials at the French embassy had not responded about what, if any, responsibility they had regarding the connection,” the SIGAR report says.

The Army Corps of Engineers maintains that the construction is sound, even though SIGAR recommended inspecting if all the foundations for the towers are sound and constructing retaining walls for some of the towers built on embankments. The Army did agree to conduct an internal review to figure out why the contract didn’t require the construction company to connect the lines to a power source.

To date, it’s unclear when the power lines will be tested.