POTUS said during the Air Force One flight back from West Virginia the administration is “looking at” sending “anywhere from 2,000 to 4,000” guardsmen to the border. 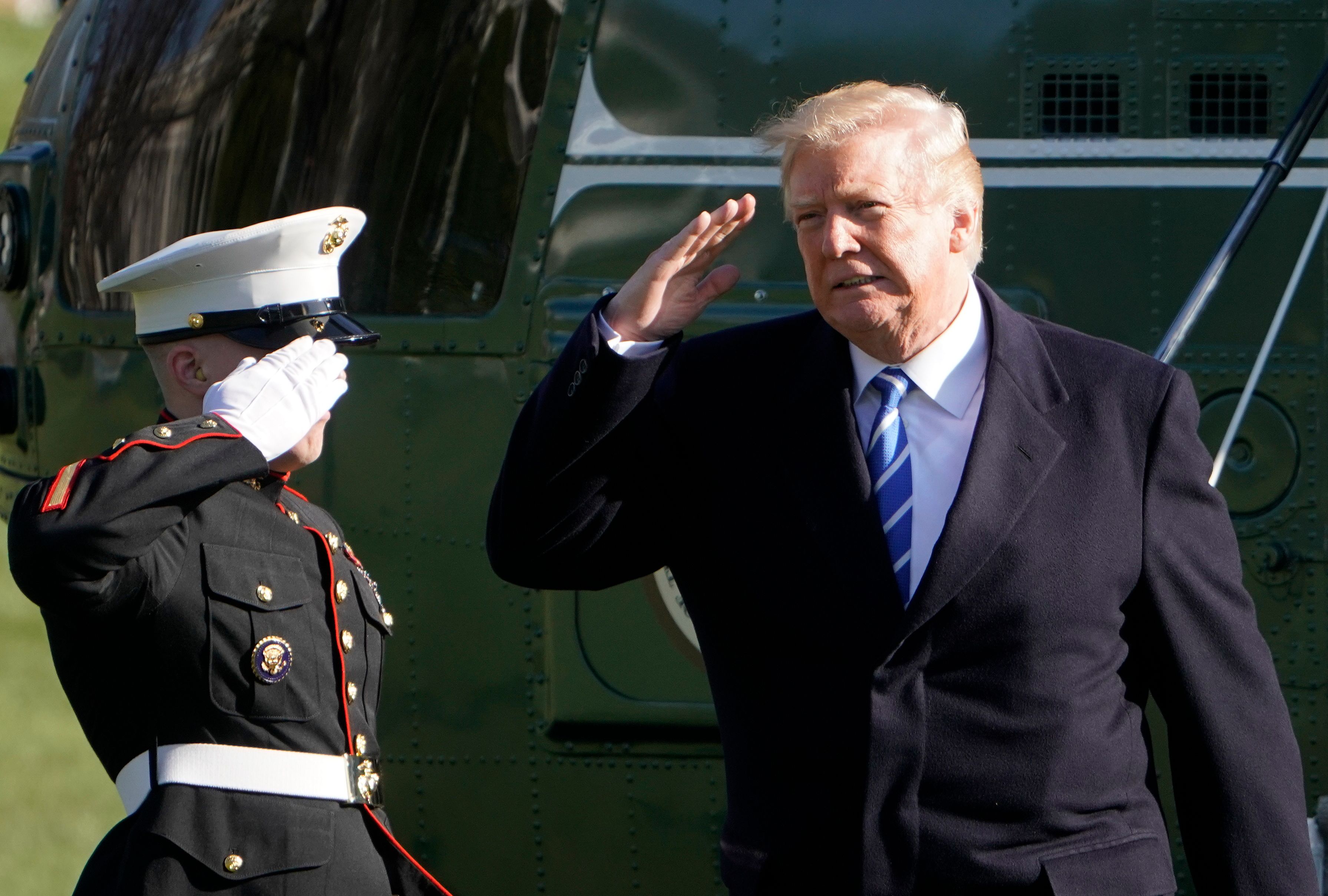 President Donald Trump makes his way across the South Lawn upon returning to the White House on April 5, 2018 in Washington, D.C. (MANDEL NGAN/AFP/Getty Images)

“We’ll probably keep them or a large portion of them,” until the construction is completed on the wall, he added.

Trump first announced his plan to guard the border with the military during a Tuesday roundtable session at the White House.

“We are going to be guarding our border with our military. That’s a big step,” he explained. “We cannot have people flowing into our country illegally, disappearing, and by the way never showing up for court.”

Trump’s plan has been met with mild resistance.

Oregon Governor Kate Brown pledged Wednesday to defy the president if he attempts to federalize members of the Oregon National Guard.

“If [Trump] asks me to deploy Oregon Guard troops to the Mexico border, I’ll say no,” she tweeted. “As Commander of Oregon’s Guard, I’m deeply troubled by Trump’s plan to militarize our border.”