The Migos entourage was carrying a considerable amount of marijuana and other drugs on their tour bus in North Carolina on Thursday night.

The popular rap group performed at the Appalachian State University’s Holmes Convocation Center in Boone on Thursday after which Boone police, who were working security for the event, noticed the smell of marijuana coming from their tour bus as it pulled away, Page Six reports. 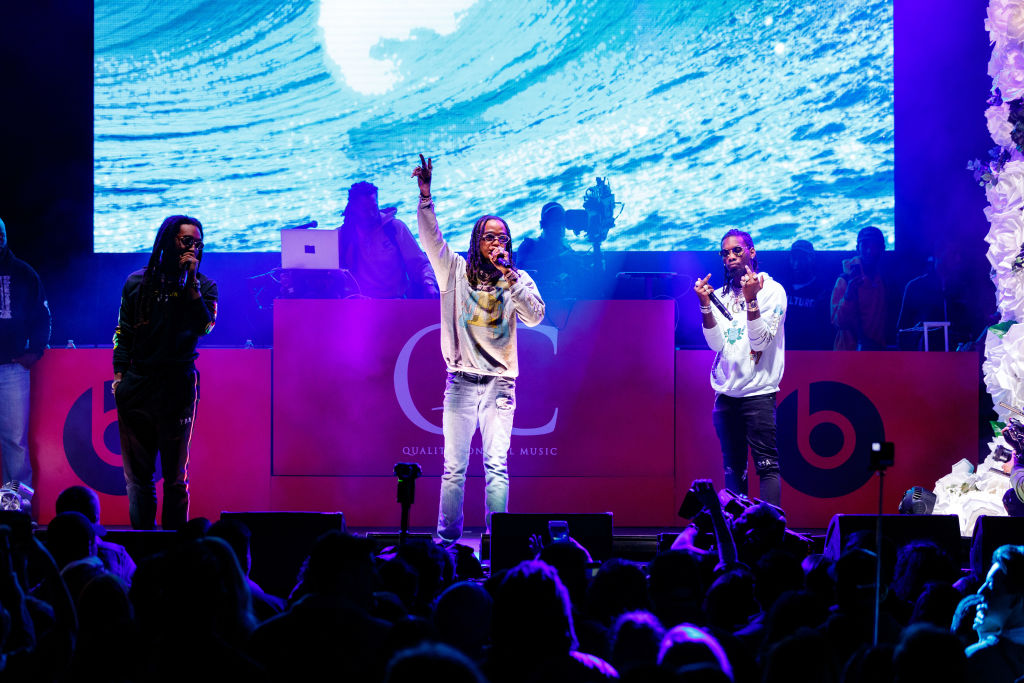 The Boone police followed the bus away from the venue and pulled them over on the highway where they conducted a search of the vehicle. During the search of the rap group’s bus they discovered a whopping 420 grams of marijuana in various forms, 26 ounces of codeine and an undisclosed amount of Xanax.

Three men aboard the bus were charged with drug-related offenses that resulted from the search. The Migos rappers, however, got away with no charges against them, according to reports.