Mark Hamill may have just let fans in on a major plot twist in any future “Star Wars” movies. Then again, he might just be reigniting fan rumors for the fun of it.

The actor, most famous for his role as Luke Skywalker in the franchise films, posted a tribute to “The Last Jedi” co-star Daisy Ridley to Instagram late Tuesday night in which he suggested her character, Rey, is Skywalker’s daughter. (SLIDESHOW: Check Out Daisy Ridley’s Hottest Looks On The Red Carpet)

“SHOUT OUT to #DaisyRidley for no particular reason other than she is a brilliantly natural, instinctive actor, a delight to work with & the best piggy-back ride in the business!” he wrote in the caption. “Luke should be so lucky to have had such a lovely daughter.”

Ever since Ridley first starred in “The Force Awakens” the idea that Rey was Skywalker’s daughter became a popular fan theory. However, a scene in “The Last Jedi” seems to debunk the idea when Kylo Ren tells her that her parents were “filthy junk traders” who sold her off for drinking money. Then again, he was trying to turn her to the dark side, so who knows if he was telling the truth. 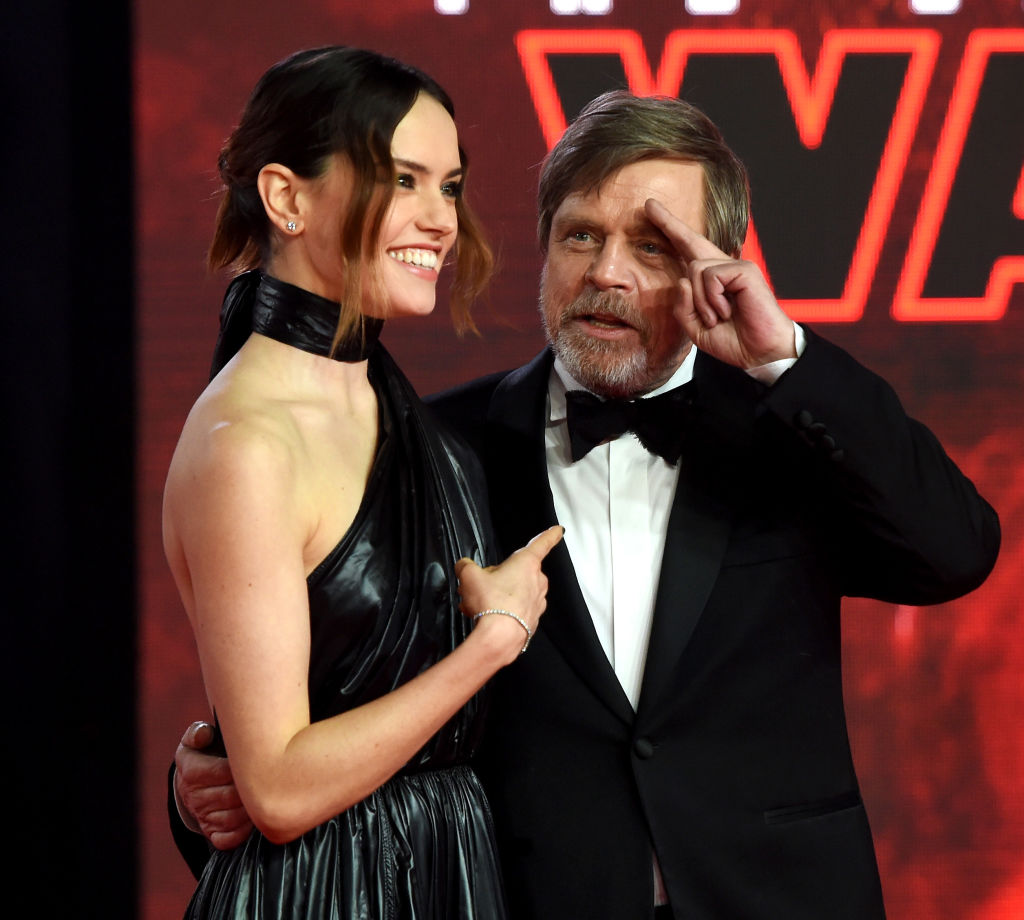 We’ll just have to wait and see which direction the “Star Wars” writers decide to go. But you can count on Hamill continuing to spur the rumors on until then.