Brighton, England, knocked out Portland, Ore., as the most hipster city, according to the Daily Mail Monday.

The International Hipster Index awarded the southwest U.K. seaside city of Brighton and Hove as the most hipster city in the world, according to the report. The research was conducted by MoveHub.com and was based on five indicators to determine the level of “hipsterdom” including: the number of vegan eateries, tattoo parlors, vintage shops, coffee shops, and record stores per 100,000 people in cities with a population of over 150,000. The study is based on 446 cities from 20 different countries.

“Brighton is scientifically the most hipster city in the world,” MoveHub.com wrote. “The results will come as no great surprise to Brits. Fashionable, overpriced, and the only place in the country with a Green Party MP, Brighton and Hove has long been renowned for its hipster credentials.”

Brighton is ranked number one due to having 37 vegan restaurants, at least nine record stores per 100,000 people, and the third most densely populated collection of coffee shops. Portland won second place due to its collection of vegan cuisine. Salt Lake City won third place due to their collection of tattoo parlors and even hosting an annual tattoo competition.

“Because hipsters have such specific tastes like tattoos and artisan coffee and prefer less bustling city locations, we can map them around the world quite accurately, which is really interesting,” MoveHub.com’s Fred O’Brien said. “You would struggle to find any other group that changes cities at the rate that hipsters do – once a city has been chosen as a trendy area, the hipsters bring in all sorts of new independent businesses and this injection of consumers can really transform these cities.” 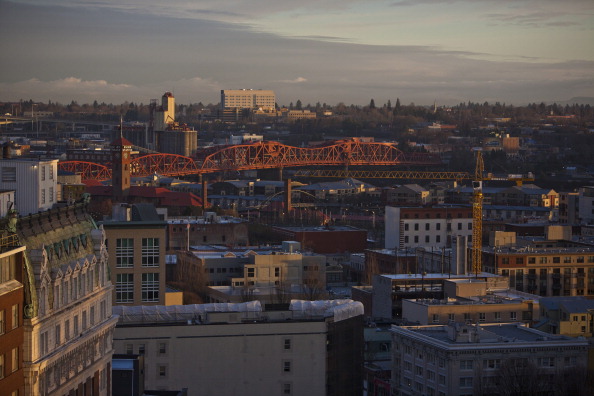 PORTLAND, OR – FEBRUARY 11: The downtown skyline and the Broadway Bridge are viewed in the early morning on February 11, 2012, in Portland, Oregon. Portland has embraced its national reputation as a city inhabited with weird, independent people, as underscored by the dark comedy of the IFC TV show “Portlandia.” (Photo by George Rose/Getty Images) 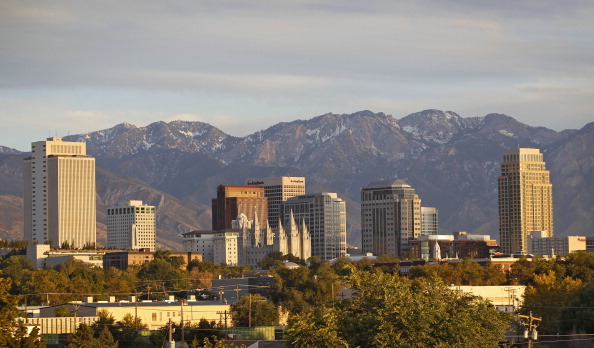 Mountains frame the skyline of Salt Lake City, Utah, U.S., on Wednesday, Oct. 12, 2011. Dallin H. Oaks, a member of the governing body of the Church of Jesus Christ of Latter-day Saints in Salt Lake City, told the Senate Finance Committee this week he opposes limiting tax deductions for charitable contributions to churches. “Private educational institutions, hospitals, social welfare agencies and innumerable other organizations” would be impacted according to Oaks. Photographer: George Frey/Bloomberg via Getty Images

Even though an American city did not make first place, the United States still had 16 cities that made the top 20 list.