Bill Cosby’s defense team attempted again Thursday to declare the case a mistrial over the handling of their star witness Marguerite Jackson, according to Page Six.

“There was no other purpose for that line of questioning except to imply that some sort of nefarious conduct [on the part of the defense] had taken place,” Rachel Robinson, defense attorney, said to Judge Steven O’Neill when she requested the mistrial.

Judge Steven O’Neill said there were “simply no grounds for a mistrial.”

Cosby is accused of drugging and sexually assaulting former Temple University employee Andrea Constand at his Philadelphia home in 2004. 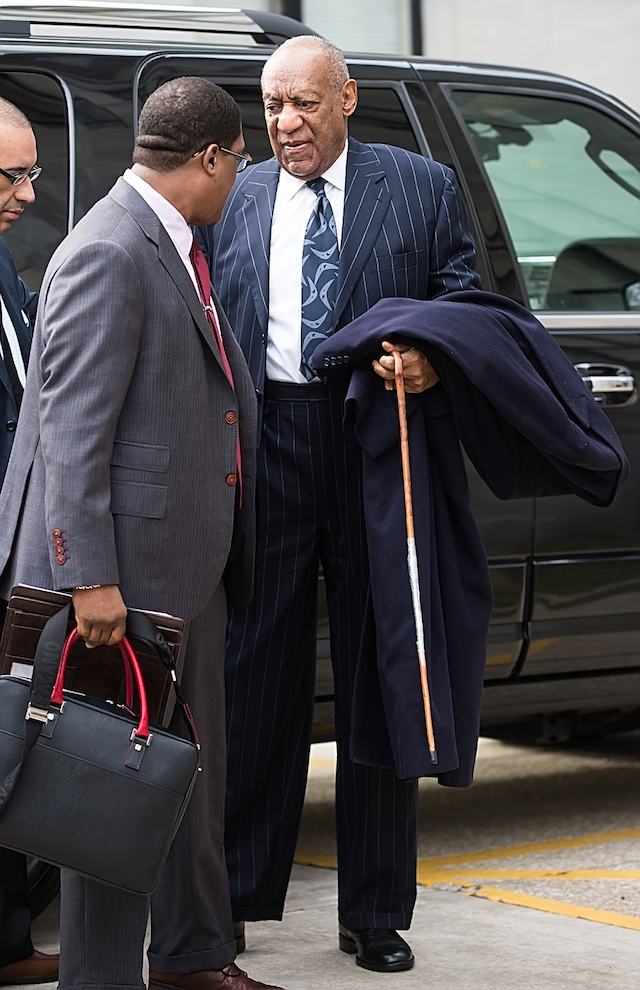 Bill Cosby is seen during the third day of his sexual assault retrial in Norristown, PA (Picture by: Ouzounova/Splash News)

The comments came after Montgomery County prosecutor Stewart Ryan spent Wednesday questioning Cosby’s star witness Jackson over the contradictions between her first affidavit and a second one she wrote last year for Cosby’s first trial.

The defense team claimed that Ryan used words like “create” over and over again in front of the jury to suggest that Jackson’s statement was not her own.

Jackson, who was also a Temple University employee, testified that she had conversations with Constand that included her making a false accusation of sexual assault against a celebrity in order to “get that money” from a lawsuit.

“Oh, wow, something similar happened to me.” Jackson testified that Constand allegedly told her, after admitting that she never filed a police report against the “high-profile person” because she knew she couldn’t prove it.

The defense team’s star witness then claimed that she tried to encourage Constand to come forward with the allegations and that’s when Constand told her nothing “happened,” but she could say it did to get a pay out.

“‘No, it didn’t, but I could say it did. I could say it happened, get that money,'” Jackson testified. ‘”I could quit my job. I could go back to school. I could open up a business.'”

O’Neil did not allow Jackson to testify in Cosby’s first trial which was declared a mistrial after a jury failed to reach a verdict following six days of deliberation.