A Chinese official called America “a bully” on Friday, accusing its primary foreign adversary of unfairly using its leverage to prioritize its own technology over other countries’ tech.

The impassioned rhetoric, which was first reported by Bloomberg, stems from restrictive moves the U.S. has made in respect to trade between the two countries.

It was also likely prompted by the U.S. Department of Commerce’s recently announced policy banning American companies from doing business with ZTE, a Chinese tech giant, for the next seven years. The telecommunications equipment corporation was deemed by the U.S. to be illegally shipping American goods to Iran and North Korea in the past. It eventually pleaded guilty at the time, agreeing to pay $900 million in fines for violating U.S. sanctions. China’s ZTE went on to say, despite allegedly coming to an agreement over the finalized penalty, that such ostensible retribution is “unacceptable.”

That move comes not long after Trump imposed tariffs and strict trade measures on China in an apparent attempt to hamstring the foreign adversary, and win a so-called “trade war.”

“The U.S. is thinking and acting like a bully — only it can have high tech and others cannot,” Hua Chunying, spokeswoman for China’s foreign ministry, said in response to reports that the U.S. Treasury Department is considering further measures to limit transactions for Chinese technology. “With regard to the high tech restrictions, they are citing the reason of national security, but their motivation is protectionism. Is the U.S. really that fragile?” (RELATED: US Lawmakers Warn AT&T To Sever Ties To Chinese Tech Company Over National Security Concerns) 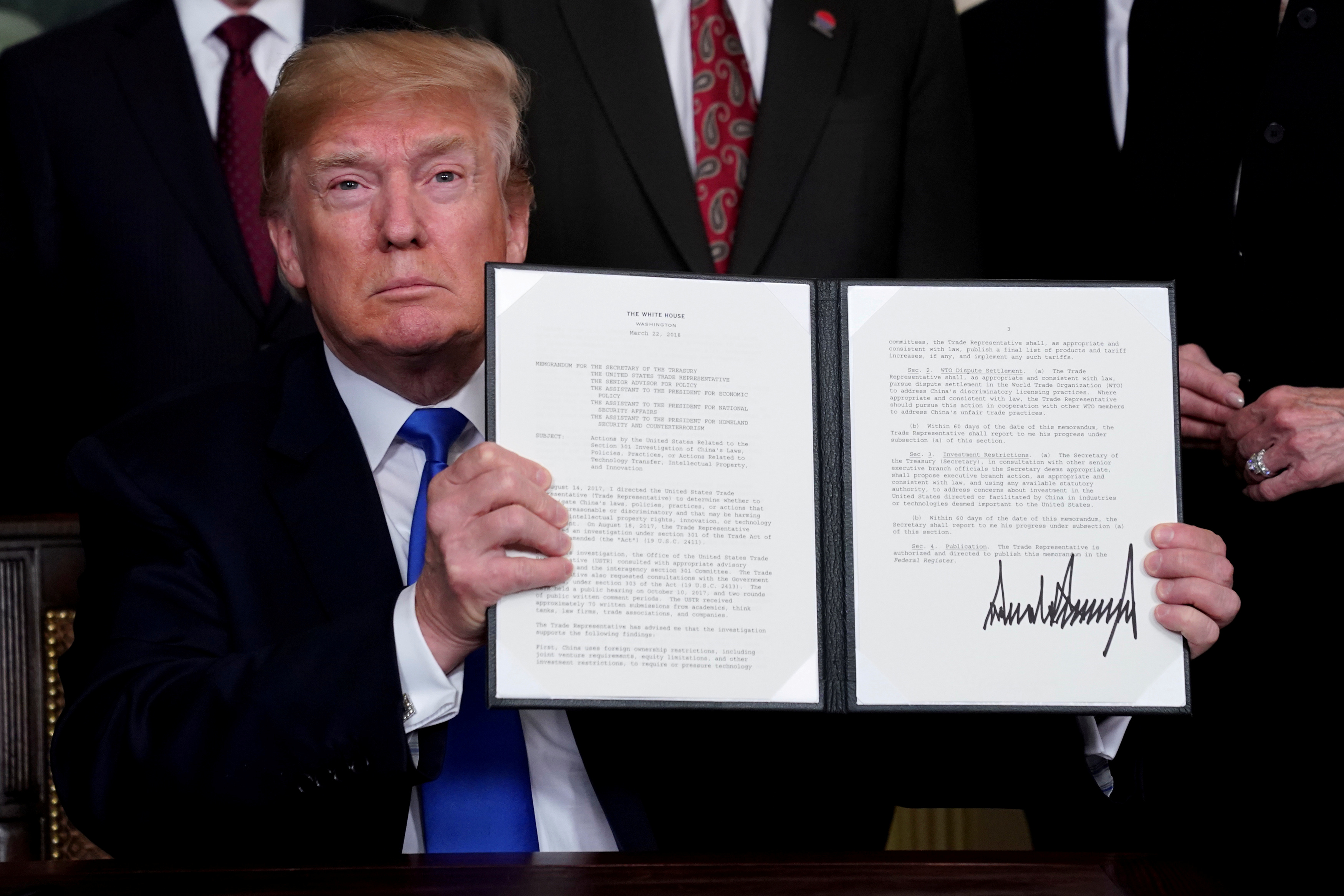 Aside from illicit distribution of American resources, the U.S. is also accusing ZTE of lying to officials, “and obstructing justice including through preventing disclosure to and affirmatively misleading the U.S. Government.” Huawei, another massive tech corporation in China, is also a target of the U.S. federal government.

The heads of the CIA, the NSA, and the FBI, as well as the director of national intelligence and several congressmen, all spoke about the potential dangers of owning or using a mobile device from foreign companies like ZTE and Huawei during a Senate Intelligence Committee hearing. And a 2012 investigative report from the House Permanent Select Committee on Intelligence enumerated strong reservations over Huawei and ZTE, including that of foreign surveillance. (RELATED: Chinese Tech Company Swears Americans Can Trust It After Top US Officials Denounce It) 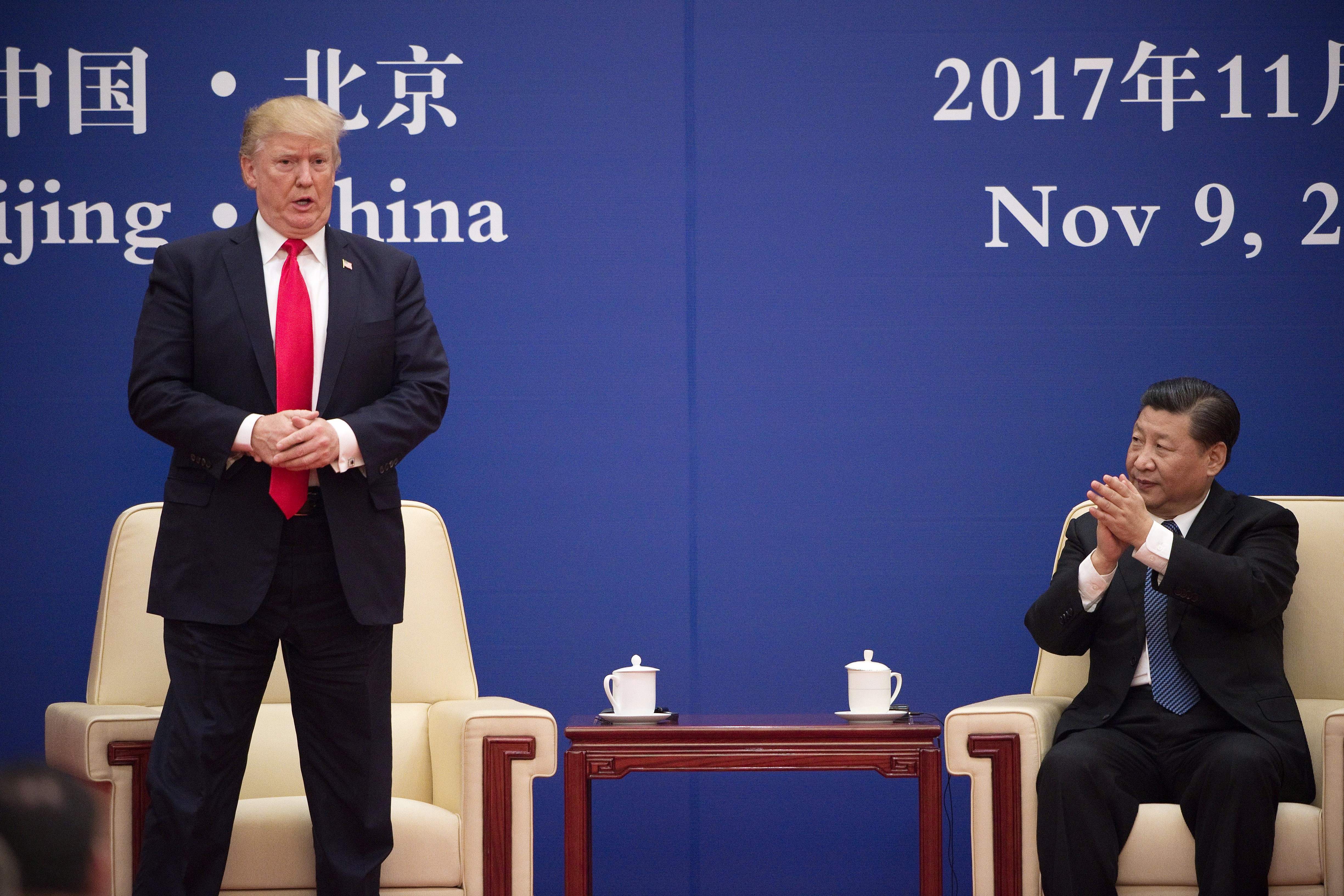 US President Donald Trump stands during a business leaders event and is applauded by China’s President Xi Jinping inside the Great Hall of the People in Beijing on November 9, 2017. Nicolas Asfouri/AFP/Getty Images

Like the Department of Commerce, the Federal Communications Commission also proposed new rules, specifically to limit the amount of technology developed and offered by Huawei.

Hua went on to purport, according to Bloomberg, that America is essentially being hypocritical, as the Western democracy often advocates for the virtues of fairness and equality.