Walmart recently announced that it would not be carrying — in its stores — Christian metal act Stryper’s newest release, “God Damn Evil.” I have listened to this record nearly a hundred times (and reviewed it here) and it is an incredibly well-crafted heavy metal record; quite possibly one of Stryper’s very best over a storied, decades-long career.

Stryper, of course, is an anomaly in the generally heretical and flagitious world of heavy metal.

The members of Stryper have always worn their faith on their sleeve, and even the rest of their bodies, quite literally. While many metal bands in the 1980s were dabbling in Satanism and anti-Christian themes while donning inverted crosses, the members of Stryper crafted their trademark yellow and black striped outfits and aggressively used rather biting and aggressive sounding heavy metal to discuss their religion and relationship with Christ.

The striped outfits come from Isaiah 53:5 in the New Testament, “with His stripes we are healed.” and the chapter and verse references are featured prominently on the band’s logo. Band members are often seen performing in the presence of a myriad of Christian symbols.

“To Hell With the Devil” and “In God We Trust” are just some of the record titles the band has used for past releases — with little pushback. And the band’s lyrics are unabashedly Christian. For example, one of their most recent singles, “Take it to the Cross” features the following:

“We were created yet that is debated
But Christ said it so perfectly
‘I am the way and the truth
And the life and you get to
The father through me’
Through me!”

For the massive number of evangelical Christians who reside and shop in Walmart’s target markets, to be offended by verses like the aforementioned would be beyond baffling. Walmart, as some may remember, actually created a social media site in 2006 called “The Hub” which asked potential users their religion as a requirement to join. Many believed this hurdle functioned as a gatekeeper to create a “secure” and “safe” social media space for those of Judeo-Christian faiths. The Hub, of course, was an unmitigated disaster for the firm and lasted nary three months.

Why is Walmart pulling this latest Stryper release? The retail giant claims it’s the title. The latest CD is entitled “God Damn Evil” and that seems to be a problem. The title of the album, of course, has nothing to do with anything anti-Judeo-Christian. Rather, as lead vocalist Michael Sweet states: “Our new album title ‘God Damn Evil’ is a statement that’s needed in our society. We’ve seen evil rise to new levels and this title is simply a prayer request asking God to damn or condemn all the evil around us.” 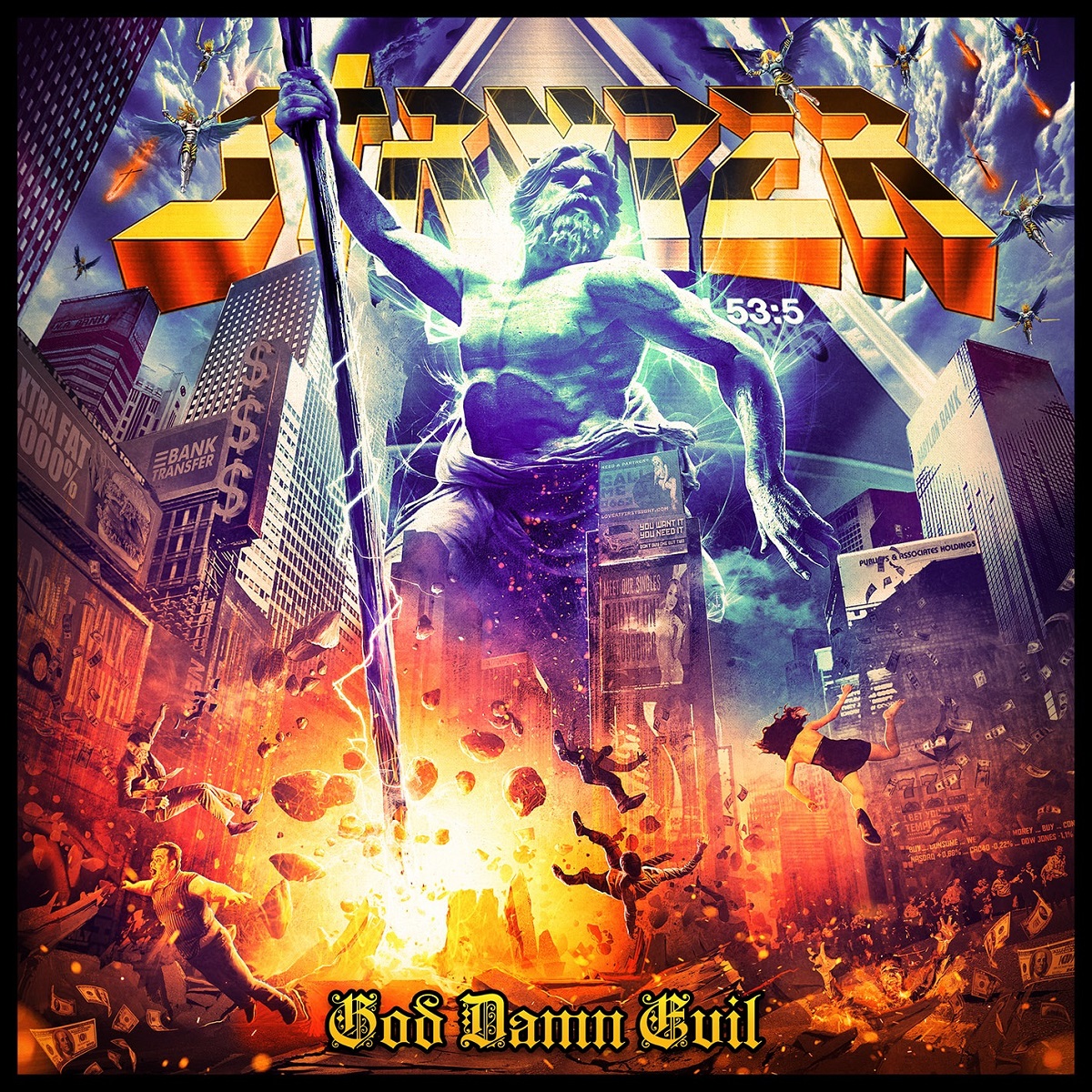 Now, personally, I buy my music from independent music stores who respect the integrity of artists and don’t treat them as mere commodities. However, it is important to recognize that for many, Walmart is one of the few places where one can purchase physical music, especially in more rural areas of the southern United States and the Midwest.

It’s unfortunate that Walmart has decided to dismiss this artistic work with an immediate and thoughtless reaction. Walmart is a behemoth in the retail market and operates in a near oligopoly, meaning that consumers in rural and underserved markets are left with few choices. One individual retailer, like Walmart, can inevitably change the dynamics of an entire market and — most certainly — affect the viability of one particular product.

Contrary to popular belief, this is not how free market systems are intended to work.

Walmart, who has strong ties to Hillary Rodham Clinton and features prominent “Ready for Hillary” donor, Alice Walton on its board. Walmart also has faced accusations of kowtowing to political correctness in more recent years. Just this past month, the retailer indicated that it would raise the minimum age from 18 to 21 to purchase a firearm.

More problematically, Walmart’s ill-conceived decision to literally ban a Christian heavy metal record is yet another example of massively large retailers utilizing their colossal power in the marketplace to dictate what is and is not okay to consume in American consumer society today. Not unlike Twitter and Facebook, Walmart is unabashedly willing to limit consumer choices based on the political desires of their leaders to create an America that prominently features left-leaning values.

While owners of private firms can run their businesses as they please, it is important to note that gargantuan firms like Walmart, Twitter and Facebook have used their hulking amount of leverage and wealth to influence and lobby lawmakers in ways that smaller businesses could never even dream of. Walmart, for years, has been accused by many mom-and-pop stores of creating deliberate strategies to drive them out of the marketplace in a quest for marketplace dominance and a limiting of consumer choice.

Walmart, with this latest decision to ban Stryper from its shelves, further exemplifies how so many more of today’s unchecked firms seek to instill their political will on the target market. Instead of allowing consumers to grapple with art, the likes of Walmart clearly want consumers to consider little, if nothing at all. In the case of Stryper, three words, without even a simple consideration to context, are apparently enough to banish the band from Bentonville, according to the firm. However, if we read between the lines, we should all come to realize that the Walmart is now part and parcel of the growing nanny state.

Jeffrey S Podoshen is a professor of business at Franklin and Marshall College in Lancaster, Pennsylvania who studies heavy metal music scenes. He is also a regular contributor and photographer for Metal Insider (metalinsider.net).