A key, if under-covered, aspect of the “Pakistani mystery man” story is that Imran Awan, the Pakistani-born IT aide of former DNC head Debbie Wasserman Schultz, took a laptop with username RepDWS after he was banned from the House computer network for “unauthorized access to data,” and then left it in a phone booth with a letter to prosecutors.

On Friday, President Donald Trump tweeted: “Just heard the Campaign was sued by the Obstructionist Democrats. This can be good news in that we will now counter for the DNC Server that they refused to give to the FBI, the Debbie Wasserman Schultz Servers and Documents held by the Pakistani mystery man and Clinton Emails.”

Trump appears to have accurately identified a key issue with the “Pakistani mystery man” that comes straight from court documents.

Each twist has increased the intrigue:

Let that sink in. A Pakistani IT aide, who had just been fired by all his other employers for being a suspected hacker, left a laptop with the username RepDWS in a phone booth. The laptop was placed next to a letter to prosecutors. What it said is not publicly known. The cache of documents also included copies of Awan’s ID (which assured that police tied the laptop to a criminal suspect and seized it as evidence rather than returning it as lost property) and a note that said “attorney client privilege,” which put the laptop into legal limbo. 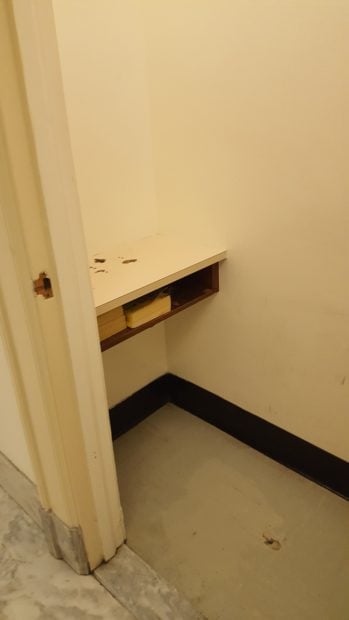 It is not clear whether the laptop was left out of carelessness or was potentially stolen and possibly planted for police to find.

What happened next adds to the mystery. On May 17, 2017, Wasserman Schultz used a hearing on the Capitol Police’s budget to threaten Police Chief Matthew R. Verderosa with “consequences” if he didn’t return what she characterized as “a member’s equipment.” She repeatedly asked whether it was a member or a staffer who was under investigation, saying since it was a member’s equipment, police shouldn’t be able to take it unless the member was under investigation. A member of the Committee on Appropriations’ Legislative Branch Subcommittee, she has significant influence over the Capitol Police’s budget.

When that didn’t work, she escalated, raising the prospect of re-arranging the Capitol Police’s entire board to prevent Verderosa from being a voting member, and lamented that not all of the board’s members were subject to oversight by her committee. Questioning Verderosa’s boss, Sergeant-at-Arms Paul Irving, she said: “We have had jurisdictional issues and a challenging time conducting oversight because of the structure of the Capitol Police Board and there — there being a (inaudible) line rather than a direct line to us in terms of being able to hold the board accountable.”

“I’d like to know, sergeant, if you think that we should be looking at restructuring the way the board makes decisions so that we can establish a more direct line of accountability …  At the end of the day, [the chief] doesn’t have a decision-making role,” Wasserman Shultz continued.

She also used campaign funds to hire a lawyer to keep the laptop out of prosecutors’ hands. And it wasn’t just any lawyer — it was Bill Pittard, who until months prior had been working as acting general counsel of the House of Representatives, a position with responsibilities that include deciding what to turn over to the executive branch pursuant to legal activity.

In August, after Imran’s arrest at Dulles airport, Wasserman Schultz changed her tune, saying “This was not my laptop. I have never seen that laptop. I don’t know what’s on the laptop.” She said it was Imran’s laptop but purchased using taxpayer funds from her office.

She said Imran’s “due process” rights had inspired her demeanor during the Capitol Police exchange and the lengths to which she went to shield the laptop. She then said she was no longer seeking to block prosecutors from looking at the laptop.

But by then, Imran had taken up the same quest. In September, prosecutors turned over a copy of the government laptop to Imran, even though he had been banned from the House network because he was viewed as a threat. In October, Imran’s attorney, Chris Gowen — a former aide to Hillary Clinton — said in court that Imran was invoking attorney-client privilege on the laptop and that they “feel very strongly” that the hard drive not be able to be used as evidence.

That seemed to set up a situation where Imran was shielding the laptop that Wasserman Schultz had initially not wanted examined, but where it would be within his power to drop the objection. That’s significant because House sources have said that Democrats aren’t cooperating with the Awans’ prosecution, and raised questions about whether he has leverage over them.

Wasserman Schultz has declined to answer questions about the laptop, but given that it was government equipment that, as she noted previously, belongs to her, she might be able to explicitly give permission to prosecutors to look at it. In particular, if Imran wasn’t authorized to have the laptop, it could be more difficult to invoke privilege on it. (Wasserman Schultz’s brother is an assistant U.S. attorney at the same office that is handling the case, and he has tweeted dismissively about it.)

Rather than simply swatting down the claim and using what McCarthy said is the universally employed solution to such a dilemma — using a “taint team” to go through the laptop and isolate specific files that are communications to Imran’s lawyer — prosecutors have delayed the court hearing five times, telling the judge repeatedly: “The government has been in discussions with counsel for the defendants regarding complex discovery issues and other legal issues in this case, in particular issues surrounding claims of attorney-client privilege being raised by defendant Imran Awan,” court papers filed Tuesday say.

The next court date is set for  May 4, though could be postponed a sixth time.