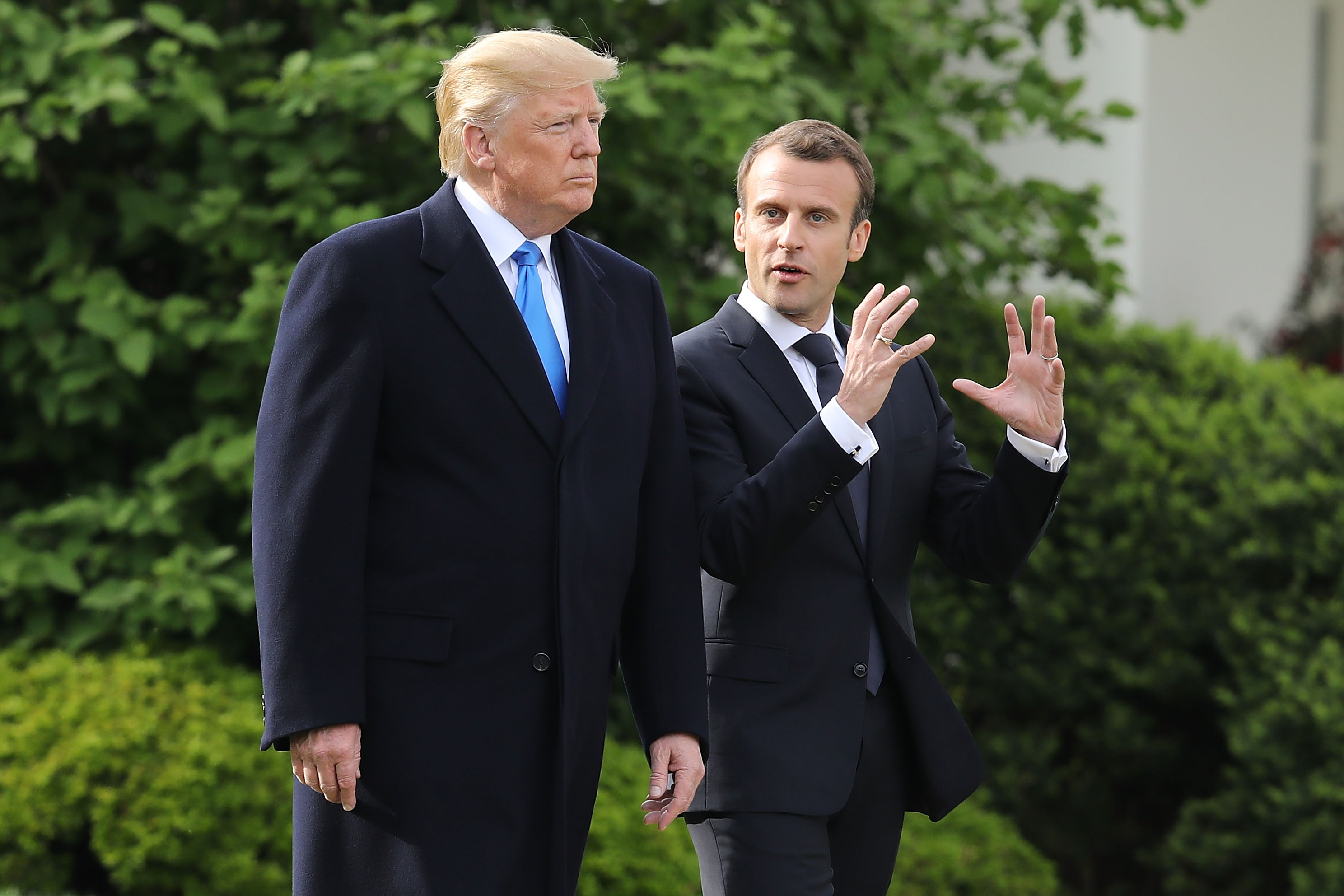 WASHINGTON, DC – APRIL 23: U.S President Donald Trump (L) and French President Emmanuel Macron walk out of the White House before participating in a tree-planting ceremony on the South Lawn April 23, 2018 in Washington, DC. Trump is hosting Macron for a two day offical visit that will include dinner at George Washington’s Mount Vernon, a tree planting on the White House South Lawn and a joint news conference. (Photo by Chip Somodevilla/Getty Images)

The White House also highlighted France’s cooperation in condemning Syrian President Bashar al-Assad’s use of chemical weapons on his own people. The US, United Kingdom and France all took part in airstrikes launched on military and electrical infrastructure targets in Syria on April 13.

POTUS further thanked Macron and France for being a “key partner of the United States in the global campaign against ISIS.”

Macron and his wife, Brigitte, will stay in Washington through Wednesday morning and will be the guests at a White House state dinner Tuesday evening, the first since Trump took office.