Marvel co-creator Stan Lee has denied new allegations of sexual misconduct made by a massage therapist.

“He is a high-profile public figure and I think it’s a shakedown,” Jonathan Freund, an attorney for the 95-year-old publisher, shared Tuesday with the Chicago Tribune. “The guy is 95, I don’t think he would do that.” 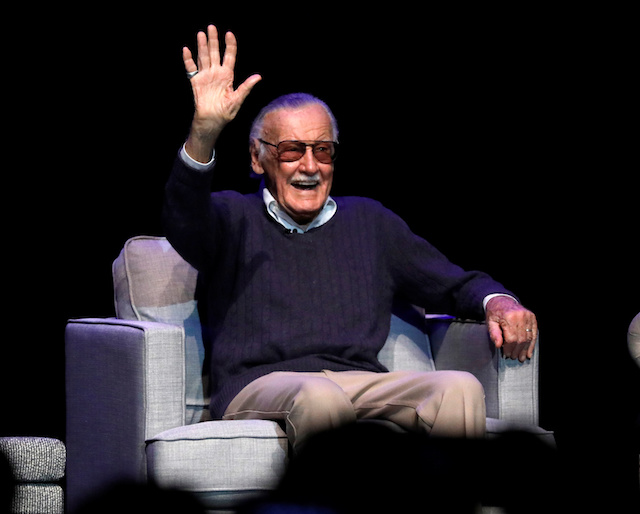 Massage therapist Maria Carballo claimed in the lawsuit filed Monday in Cook County, Illinois that Lee started moaning and fondled himself while she was giving him a massage at a Chicago hotel in 2017.

Carballo stated that once she noticed what he was allegedly doing she stopped the massage and left. However, the next day when the agency she worked for requested that she provide a second massage to the Marvel creator she went in fear of losing her job.

The therapist said that when Lee started moaning again, she once again ended the session. But this time, Lee allegedly got upset and approached her while he was naked demanding that she finish giving him the massage. She gave in and gave him 10 more minutes, but switched to a different technique which only required her to use her feet. In the complaint, Carballo claims Lee grabbed her foot and touched it to his penis. She then gathered her things and left.

She also filed a complaint with the Chicago police department in March, according to her attorney. Chicago authorities verified that an investigation was underway against a Stan Lieber, Lee’s legal name.

This is not the first time the comic book writer has been accused of inappropriate behavior. In January, Lee was accused of sexual abuse against several nurses by a nursing company he had previously hired, according to the Daily Mail.

The company claimed that they stopped providing services to the Marvel legend following “a string of complaints” ranging from demands for oral sex to groping.

The lawsuit seeks $50,000 in damages and attorney fees.