Michelle Wolf took another jab at Sarah Sanders and said she regrets nothing in response to the backlash from her performance at the White House Correspondents’ Dinner.

“I wouldn’t change a single word that I said,” the former “Daily Show” comedian explained in an interview that will air Tuesday on NPR. “I’m very happy with what I said, and I’m glad I stuck to my guns.”

When asked if she was surprised by the backlash, the comedian said she wasn’t catering to the people in “the room.”

“I wasn’t expecting this level, but I’m also not disappointed there’s this level. I knew what I was doing going in,” Wolf said of the criticism. “I wanted to do something different. I didn’t want to cater to the room. I wanted to cater to the outside audience, and not betray my brand of comedy. I actually, a friend of mine who helped me write, he gave me a note before I went on which I kept with me which was, ‘Be true to yourself. Never apologize. Burn it to the ground.'” 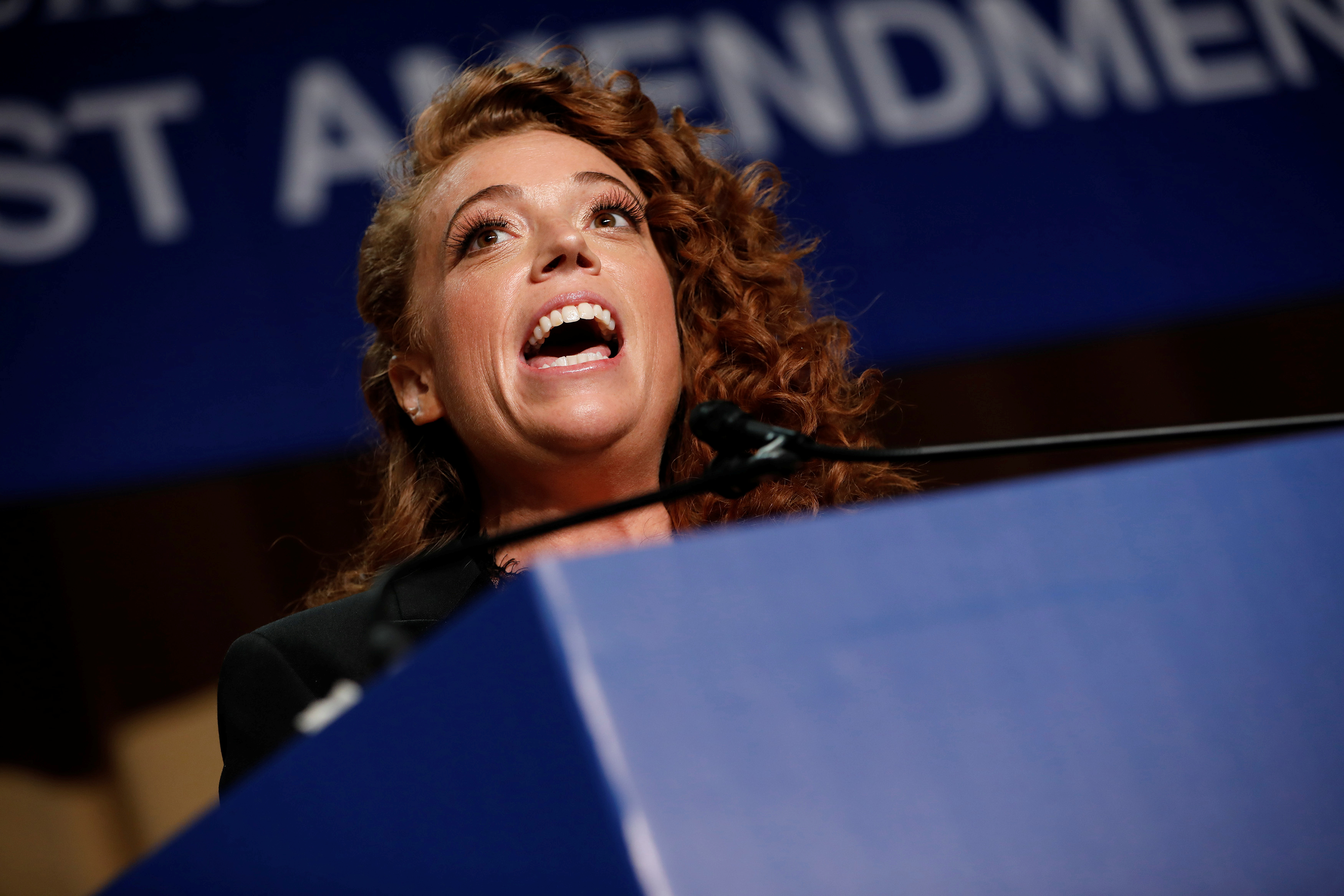 “There’s plenty where you could look back and the camera was on [Barack] Obama when people were making pretty aggressive jokes about Obama and he was laughing,”Wolf said. “And I think having the ability to laugh at yourself is important … another part of the dinner that wasn’t televised is they were giving out awards and everyone was standing to congratulate the people who were getting awards and Sarah was sitting.”

“I would say if this is about celebrating the media she wasn’t there to celebrate the media,” Wolf added, accusing Sanders of sitting in protest against the same media that has attacked President Donald Trump and his administration.

She also defended her jokes about Sanders, claiming they weren’t about her looks but about telling “lies.”

At the dinner Saturday night, Wolf said Sanders “burns facts” and talked about her looks.

“She burns facts and then she uses that ash to create a perfect smoky eye. Maybe she’s born with it, maybe it’s lies. It’s probably lies,” the comedian told the crowd.