The liberal activist group running a powerful boycott campaign against Breitbart News appears to have a new target: Kanye West.

The group, Sleeping Giants, has been the driving force behind a boycott against Breitbart, costing the website an estimated 90 percent of their advertisers. The group is now targeting West’s partnership with Adidas, over controversial remarks the rapper made about slavery.

West referred to slavery as a “choice” in a Tuesday interview with TMZ. West was talking about black people being “mentally enslaved,” he later claimed.

Sleeping Giants is now publicly pressuring Adidas to revisit their partnership with West to sell his shoe brand, Yeezy, as a result of his comments, which came days after he expressed his support for President Donald Trump and conservative activist Candace Owens.

Adidas should part ways with the rapper, Sleeping Giants implied on Tuesday. “Pretty wild that @adidas is still going to pump out Yeezys after this,” the group wrote on Twitter. “Athletes have lost their endorsements for far less than saying that slavery was a ‘choice.'” 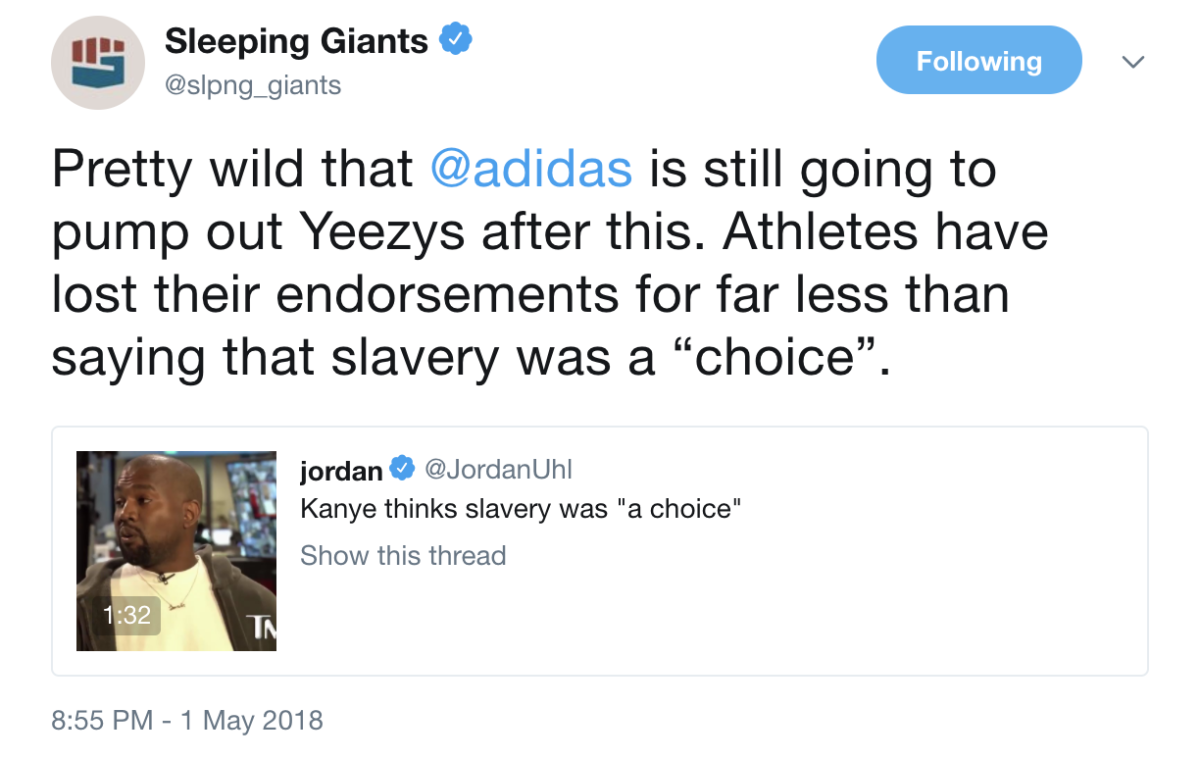 Adidas CEO Kasper Rorsted declined to criticize West in an interview with Bloomberg on Thursday, prompting Sleeping Giants to step up their pressure on the company. 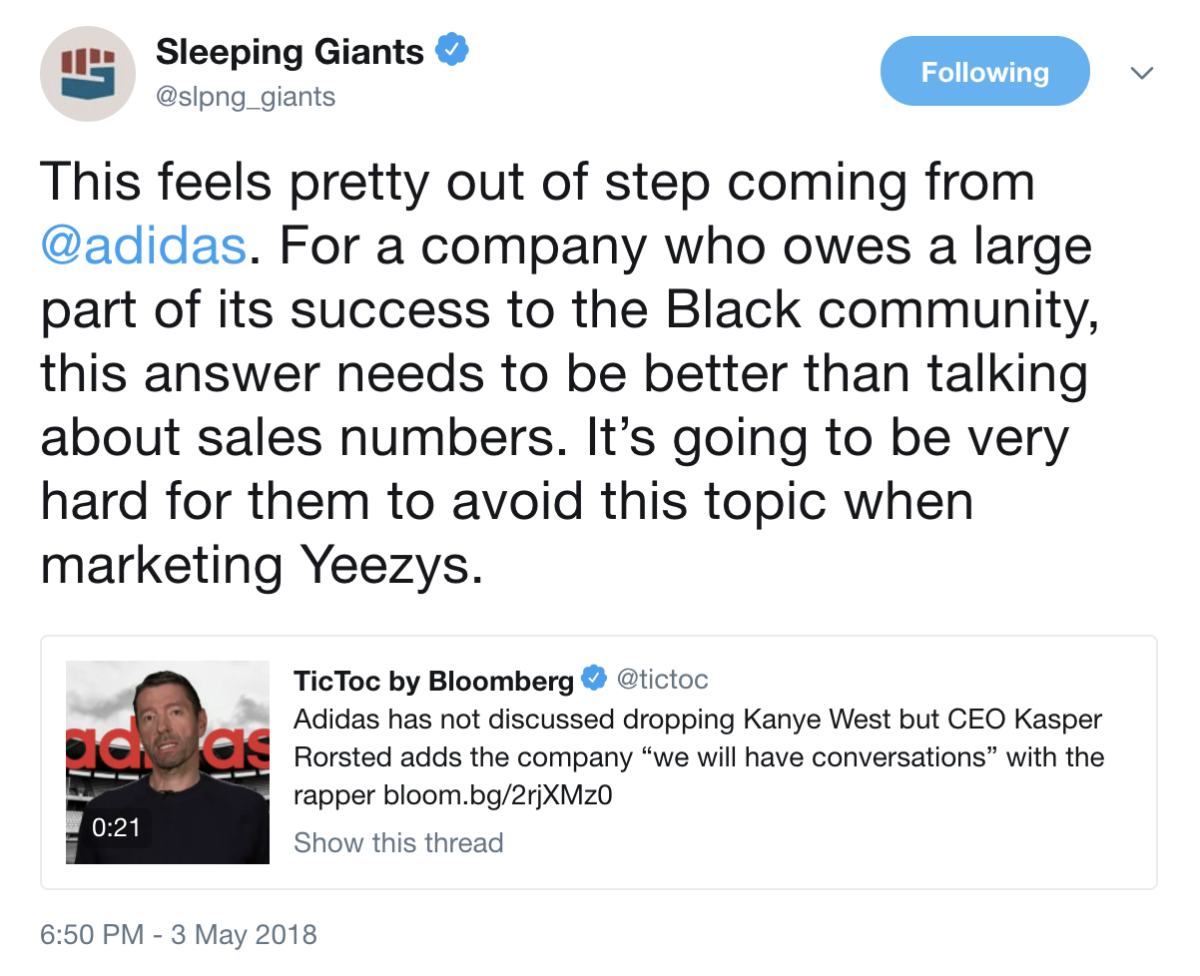 “This feels pretty out of step coming from @adidas,” Sleeping Giants wrote on Twitter, tagging Adidas’s handle to make sure the athletic apparel company got the message.

“For a company who owes a large part of its success to the Black community, this answer needs to be better than talking about sales numbers. It’s going to be very hard for them to avoid this topic when marketing Yeezys.”

After this article was published, Sleeping Giants disputed they put a “target” on Adidas. The activist group insisted to The Daily Caller News Foundation they were “expressing an opinion” toward Adidas but not “targeting” the company. Sleeping Giants declined to elaborate on the difference between those two terms.

This article has been updated to include Sleeping Giants’ response.