President Trump is celebrating the National Day Of Prayer Thursday by inviting Pastor Frank Pomeroy from Sutherland Springs, Texas to the White House.

Pomeroy’s church was the target of a horrific shooting in November 2017 that killed 26 people.

Christian Post reports that Pomeroy will join the president in the White House along with his wife and three shooting survivors.

The pastor told My San Antonio, “We did not expect a personal invitation to the White House from the President.”

“When I received that email, I confirmed the legitimacy of the invitation and accepted, of course!” 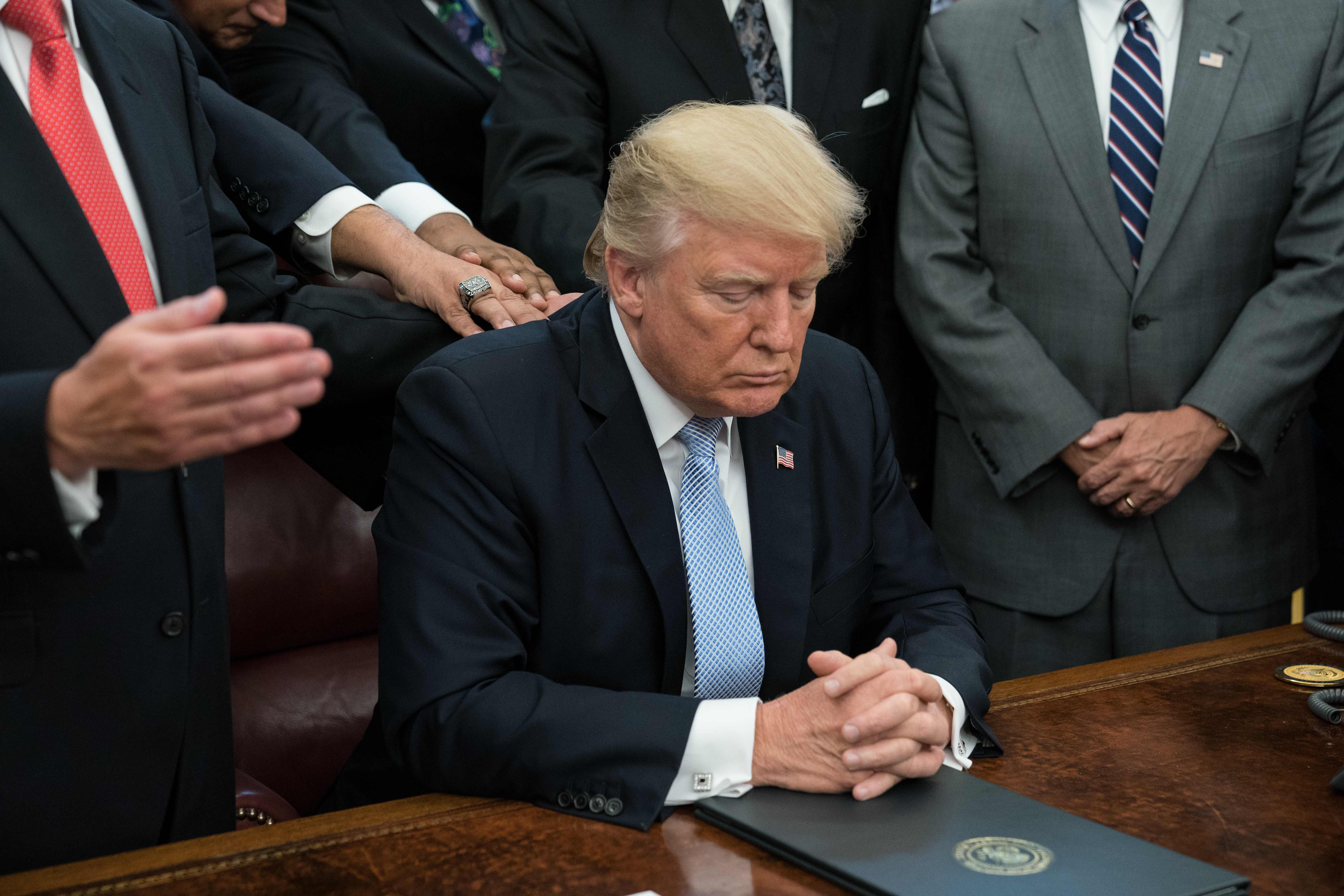 US President Donald Trump and faith leaders pray in the Oval Office at the White House after Trump signed a proclamation calling for a national day of prayer on September 3 for those affected by Hurricane Harvey in Washington, DC, on September 1, 2017. / AFP PHOTO / NICHOLAS KAMM (Photo credit should read NICHOLAS KAMM/AFP/Getty Images)

“We therefore pray especially for the many people around the world who are persecuted for their beliefs and deprived of their fundamental liberty to live according to their conscience.  We pray for the triumph of freedom over oppression, and for God’s love and mercy over evil.”