President Trump welcomed a diverse range of religious leaders to the White House for the National Day of Prayer Thursday. The event was uplifting – but the behavior of a reporter at the end of the ceremony disgusted the guests.

Trump spoke about religious persecution and the importance of faith in his remarks. Trump welcomed a one-time inmate turned Christian convert, and the man who arrested him, onstage to share a story of faith and forgiveness. The president, surrounded by religious leaders of all faith backgrounds, then signed an official White House Faith Initiative.

As the president was leaving the event, an unidentified reporter screamed “What about Stormy Daniels?”

The question, yelled at religious event, disgusted some in the audience. Daily Caller White House correspondent Saagar Enjeti says the question prompted an angry “shame on you” from one of the attendees, directed at the press pen. 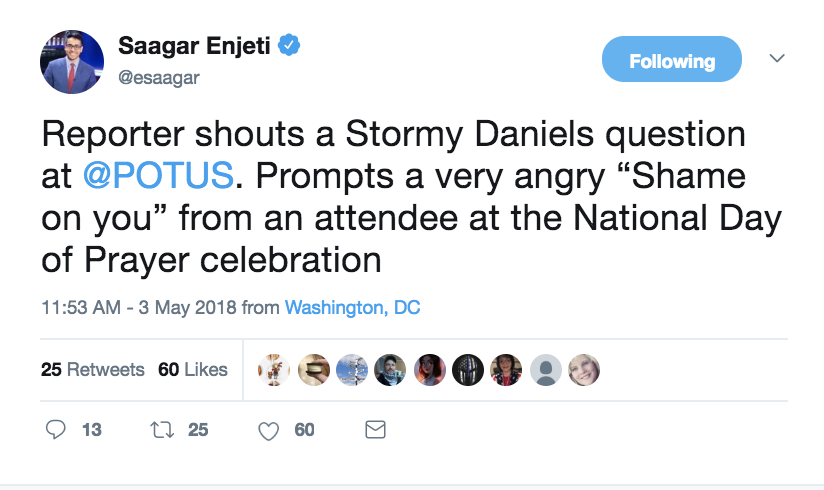 Enjeti says that “several” guests of the religious ceremony were visibly upset at the press. 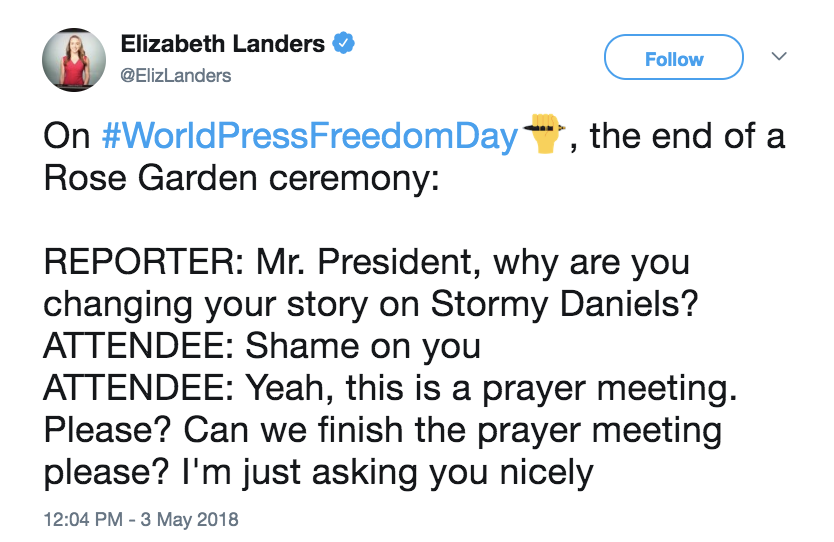