The protests in Lesbos, Greece, represent a stark shift in attitude among a people once significantly more welcoming to migrants fleeing as part of a years-long refugee crisis. 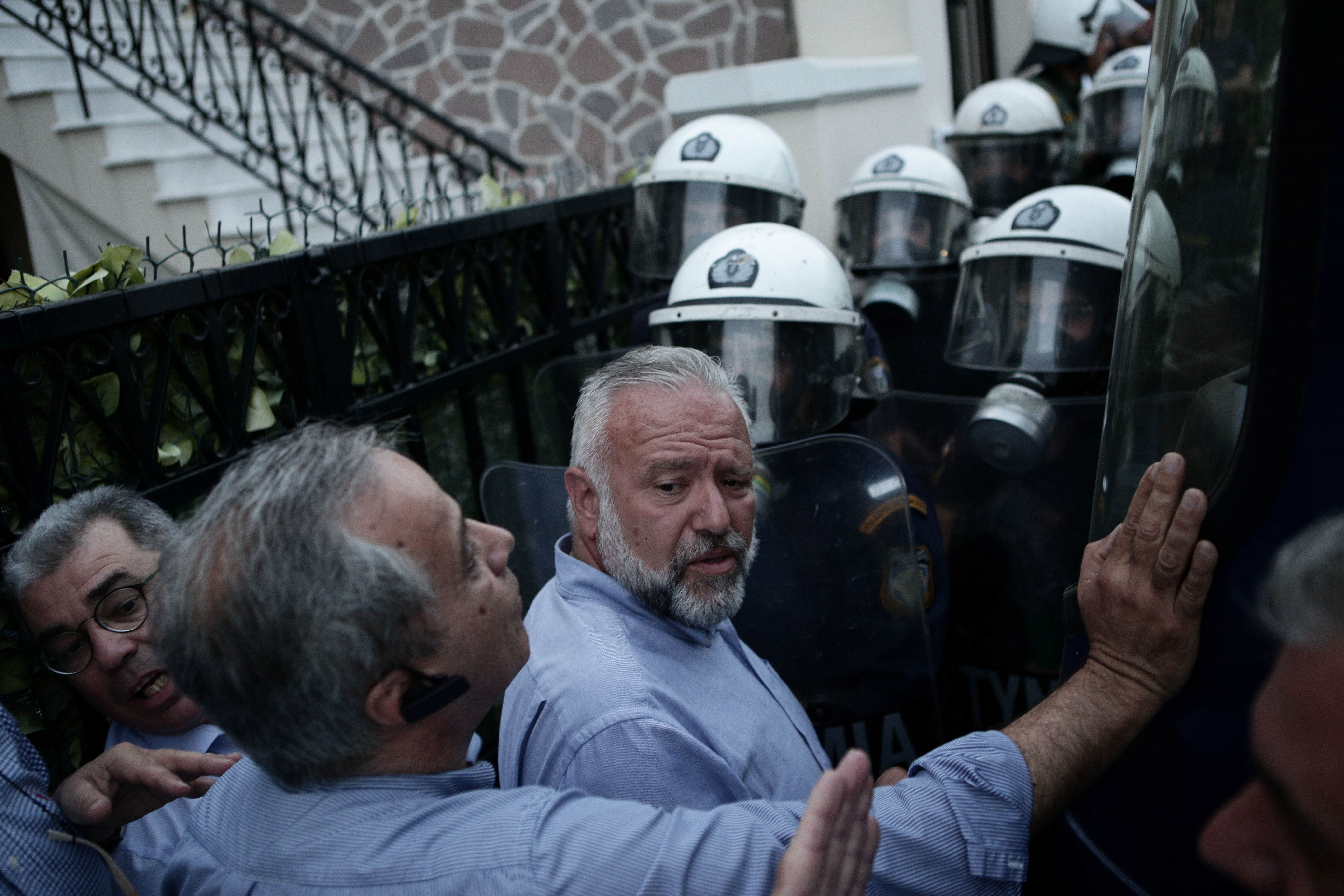 Locals argue with riot police during a protest against the visit of Greek Prime Minister Alexis Tsipras in Mytilene, on the Greek island of Lesbos, May 3, 2018. REUTERS/Elias Marcou – RC19BE30B400

Huge numbers of people seeking asylum are flooding into the country by bus and boat every week, and while an agreement between the EU and Turkey signed in 2016 states that illegal refugees are supposed to be sent to Turkey after crossing European borders, Greek camps are overcrowding and in bad shape. Experts estimate that as many as 500 refugees new people cross the island’s borders each week.

“Earlier on Thursday, the aid agency Doctors without Borders warned that Lesbos was ‘reaching breaking point’…overstretching healthcare and other services laid on for the migrants while leading some to resort to violence.”

Approximately 9,000 migrants and refugees are currently stranded in Greece because they are stuck between borders with no real place to live, even temporarily, as a result of the EU deal with Turkey.

Since March 2016, Turkey has threatened to terminate the agreement because the EU is having trouble collecting and delivering funds for the millions of refugees Turkey agreed to take in from Europe. 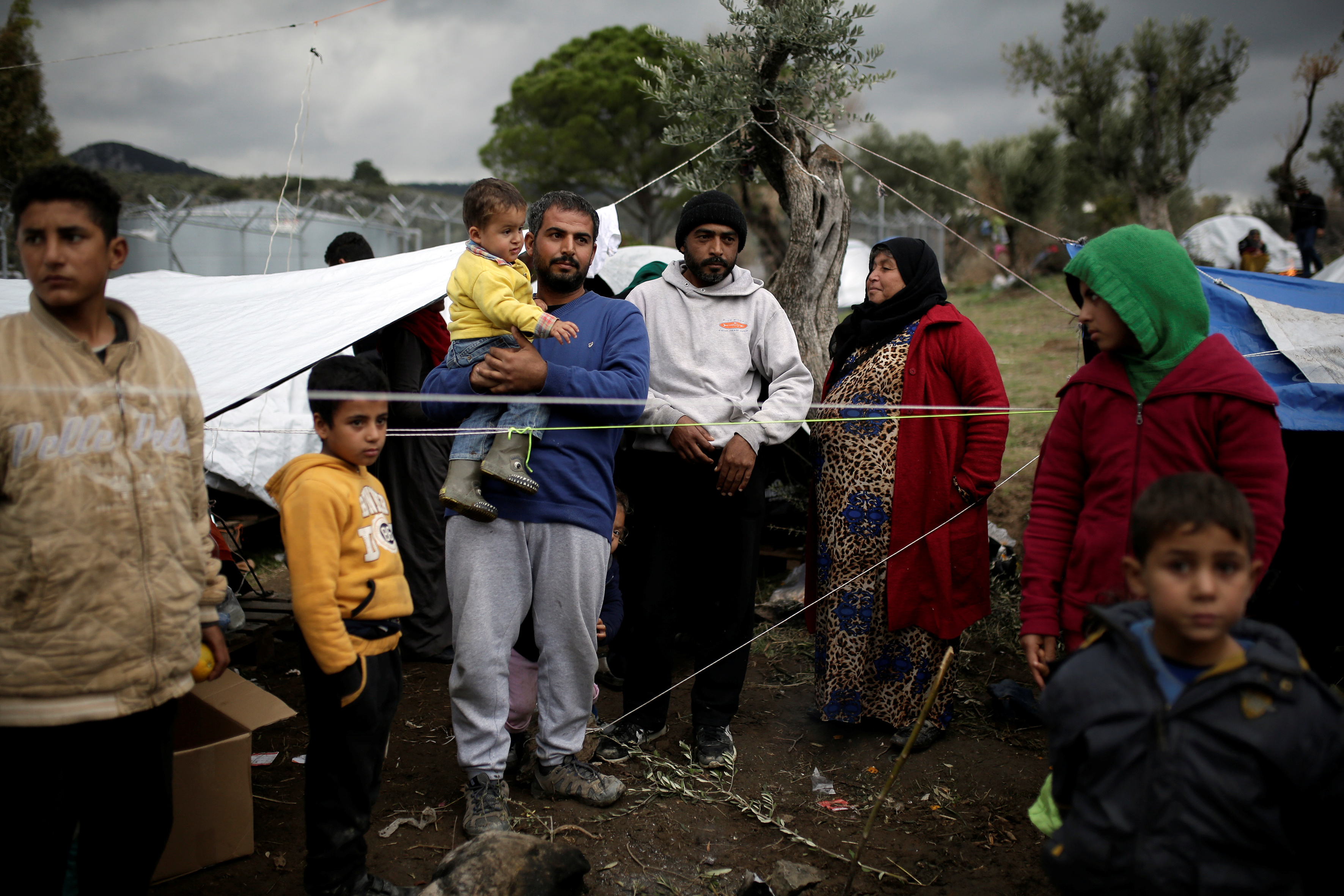 Syrian refugee Bashar Wakaa (3rd L) and his family stand in front of their tents at a makeshift camp for refugees and migrants next to the Moria camp on the island of Lesbos, Greece, November 30, 2017. REUTERS/Alkis Konstantinidis SEARCH “MORIA CAMP” FOR THIS STORY. SEARCH “WIDER IMAGE” FOR ALL STORIES. – RC1F728A1580

Arrivals on Greece’s Aegean islands have increased by 17 percent since last month “due to refugees fleeing Iran, Iraq and Syria.”  Nearly a million refugees have crossed the borders of Lesbos over the past three years. Locals have had enough.

“The people of Lesbos are exhausted,” said mayor Spyros Galinos. “Kindness has turned to anger … and where there is anger there is room for all sorts of extremism.”

Locals and refugees alike witnessed that extremism Galinos is referring to when, just two weeks ago, radical protesters set fire to bins and flares surrounding a refugee base where Afghan migrants were protesting their confinement. Over a dozen people were injured, the Tampa Bay Times reports.

“Women are afraid to leave their homes at night,” Galinos continued. “Children are kept locked up indoors because parents are afraid to let them go out and play. No community would put up with this.” 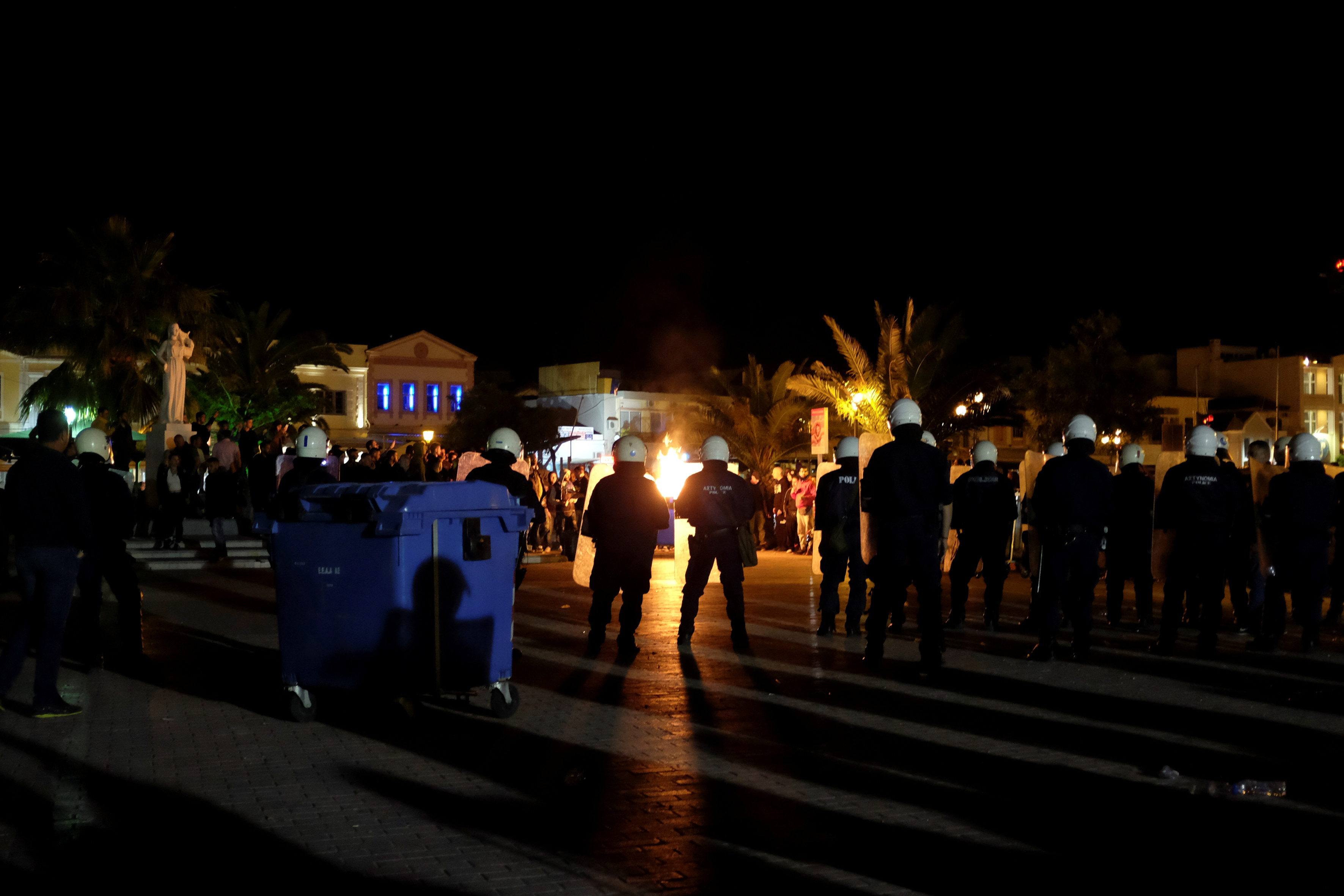 A garbage bin burns as riot police officers stand guard separating protesting groups of locals and refugees demonstrating against conditions in Moria camp and delays in asylum applications, in the city of Mytilene on the island of Lesbos, Greece, April 22, 2018. Picture taken April 22, 2018. REUTERS/Elias Marcou – RC11E6B4D1E0

Residents feel their government is neglecting the people who actually live and work legally in Greece as a result of the ever-increasing population of refugees, which now make up a third of Lesbos’ total population

“Commerce and investment [have] come to a standstill,” local chamber of commerce leader Evangelos Myrsinias told reporters. “On these islands, we feel very neglected, very abandoned with frustration compounded by the decision to raise VAT which after everything we’ve been through will drastically raise the cost of living.”

Migration Minister Dimitris Vitsa said the government plans to decrease the number of migrants and refugees by the end of September from the current number of 15,500 to 6,500, which is the total population capacity for refugee shelters.