Paris Hilton broke down during testimony on Monday for the sentencing of a female hacker who stole nude photos of her off iCloud.

The 37-year-old socialite testified at the sentencing of Paystar Bkhchadzhyan who entered a plea deal in November to bank fraud conspiracy for hacking the hotel heiress’ bank accounts for tens of thousands of dollars and stealing private photos, according to the Blast.

Bkhchadzhyan was sentenced to 57 months in prison for the crime. 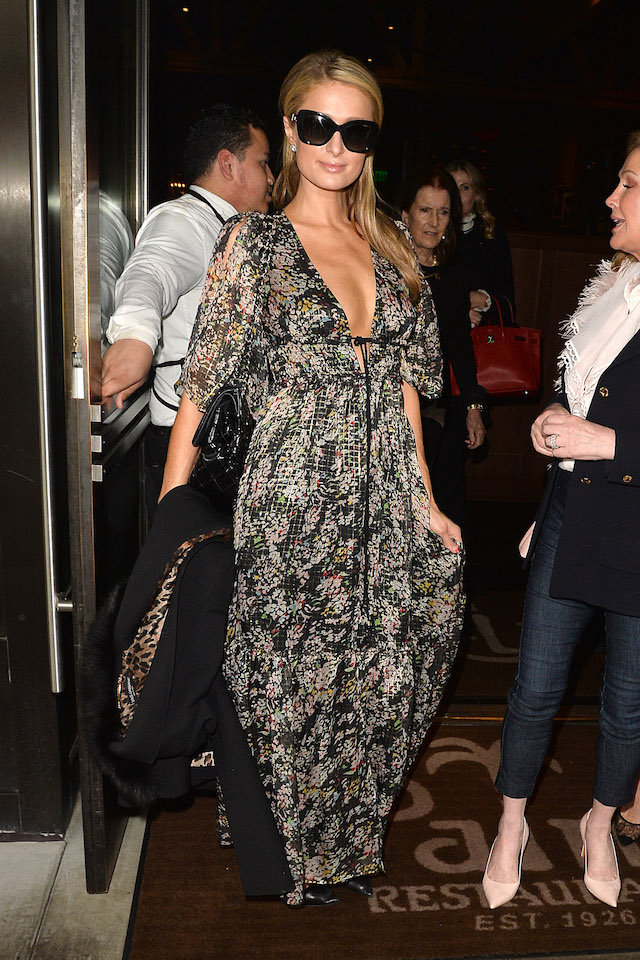 “It is very important for me to stand here today and pursue legal action on behalf of myself, my family and anyone who has been targeted with hacking,” Hilton shared. “This was stealing and an invasion of my privacy. Public figure or not, no one should be a target for this crime. I hope that by being here today it brings awareness that this won’t be tolerated and moving forward it doesn’t continue to happen to me or anyone else.”

“When I first found out that my personal emails, iCloud, credit cards and identity had been stolen and taken over by some stranger I felt so upset, hurt and violated,” she added. “The defendant not only hacked into my accounts and made credit cards with my name on them but somehow found a way to hack into the email accounts of my employees, my friends and my family members such as my father and sister. The defendant started contacting me personally thru text after she impersonated me to a phone company and took over my cell phones where she actually had set it up so that she had her own phones that were directly linked to mine receiving all of my personal texts, emails, whatsapp conversations, private photos and videos.”

“This has impacted me in so many ways. I am constantly looking over my shoulder and even scared to walk into my home alone fearful that this woman or her boyfriend or other dangerous friends are inside there waiting to hurt me or steal from me,” she continued. “This woman targeted me in such a way that I will never forget or get over it. I feel so incredibly violated. She was trying to get all my user names and passwords for every single one of my email and bank accounts. She took over my life and identity.”

Before the hearing, TMZ asked Hilton what advice she would give to other celebrities who might go through similar violations. She said flat-out, “don’t trust the iCloud.”