Actress Lena Waithe turned heads after she wore an LGBTQ-inspired ensemble to a Catholic-themed gala in Manhattan Monday.

Waithe, who is a queer actress, writer and producer, made a statement in her rainbow-colored robe for the Metropolitan Museum of Art’s “Heavenly Bodies: Fashion and the Catholic Imagination” gala, Glamour magazine reported. She wore a black suit by Carolina Herrera with a pride-inspired rainbow garment sewn to it, creating a gay-friendly take on a religious-inspired event.

Waithe said she wore the rainbow-colored ensemble to reflect her personal thoughts on religion and God. “You talk about church and Catholicism, it’s about — you were made in God’s image … The theme to me is be yourself,” Waithe said to Complex magazine. 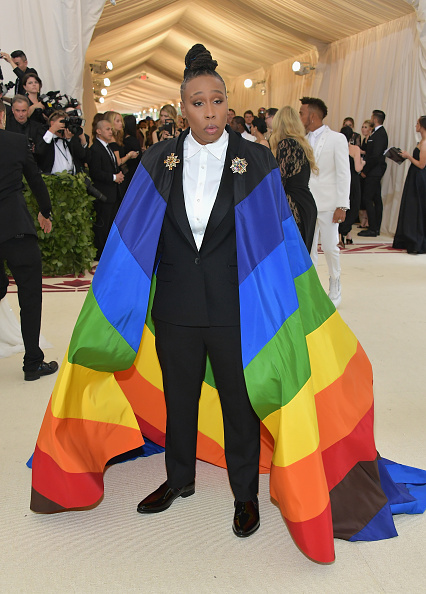 The BuzzFeed UK celebrity reporter also highlighted the controversial relationship between the LGBTQ community and the Catholic church.

Waithe is the first person to wear a pride flag to the Met Gala, according to BuzzFeed.