CNN contributor April Ryan said  Melania Trump is not “culturally American” following the first lady’s presentation of her “Be Best” initiative on Monday.

According to CNN host Erin Burnett, Melania faces a “painful reality” in tackling the issue of cyberbullying while her husband has a reputation for heckling people on Twitter. Ryan concurred that this would be an issue for the first lady. 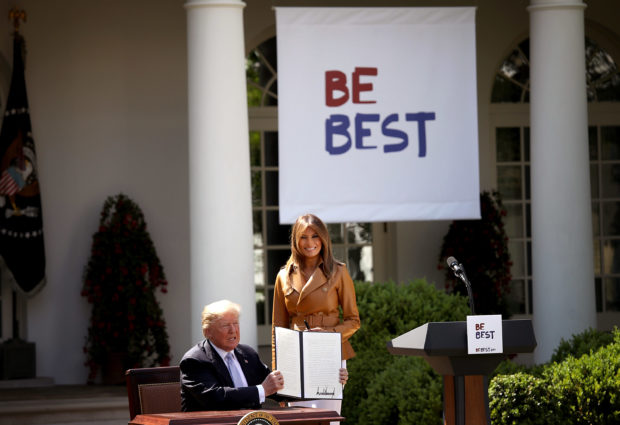 WASHINGTON, DC – MAY 07: U.S. President Donald Trump holds up a proclamation for “National Be Best Day” afer U.S. first lady Melania Trump spoke in the Rose Garden of the White House May 7, 2018 in Washington, DC. Melania Trump outlined her new initiatives, known as the Be Best program, during the event. (Photo by Win McNamee/Getty Images) 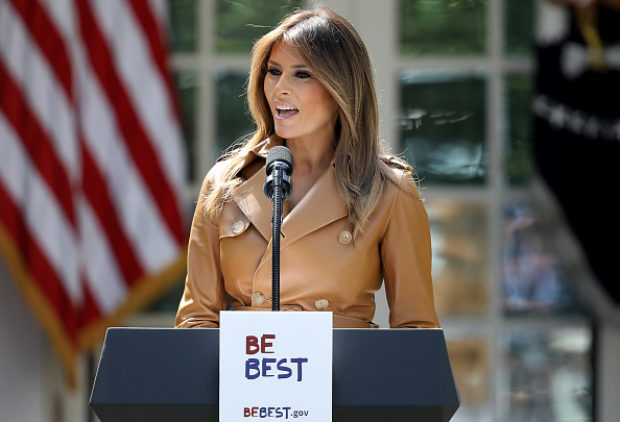 “She’s well aware of his cyberbullying,” said Ryan. “He’s considered by some, well many I would say in different sectors, one of the biggest bullies. He will call you out in a moment’s notice and she stood in front of him and basically said she wants to show young people how it’s done and do it right and they will pick up those habits.”

Ryan continued by claiming the first lady will face further issues with her initiative because she is not “culturally American” despite the fact that she has been a citizen for over a decade.