Donald Trump Jr.’s Twitter account is often full of gems, but he was really on fire Tuesday, dropping some hard truths about President Donald Trump and the Iran nuclear deal.

“And we’re out. Another promise fulfilled [check mark emoji] ‘When I make promises I keep them’ @realDonaldTrump,” Trump Jr. tweeted to his millions of followers. 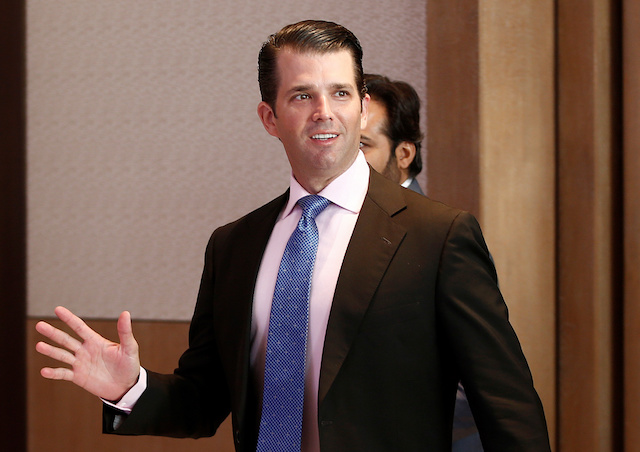 And we’re out. Another promise fulfilled

“When I make promises I keep them” @realDonaldTrump

The comments came in response to the president’s announcement that the U.S. was withdrawing from the “one-sided” Iran nuclear deal set up by his predecessor Barack Obama. He also said that the “United States no longer makes empty threats. When I make promises, I keep them.”

A short time before that, the first son also dropped a bomb on former Secretary of State John Kerry for reportedly meeting with Iran’s leaders behind Trump’s back regarding the nuclear deal. he cc’d Kerry with a tweet about getting played by “Iranians.”

“When the people on the other side of the negotiating table are laughing hysterically amongst themselves at just how much they completely rolled you in the negotiation, I’d take that as a pretty good clue that you just got horribly played as a total fool by those Iranians.”