Former President Barack Obama had some barely veiled criticism for President Trump at a Monday talk in San Diego, implying that American values “are not being upheld.”

“I’ve been trying to be careful about not editorializing too much. When I get worried about our country, or the world, it is not around a particular issue,” Obama said, according to NTK Network.

“I worry when our values are not being upheld,” he said. Obama added, “Our democracy, just like any organization, can’t work if, for example, we don’t insist on facts. Like, facts are really useful. We can’t make good decisions if we don’t at least agree on the facts.” 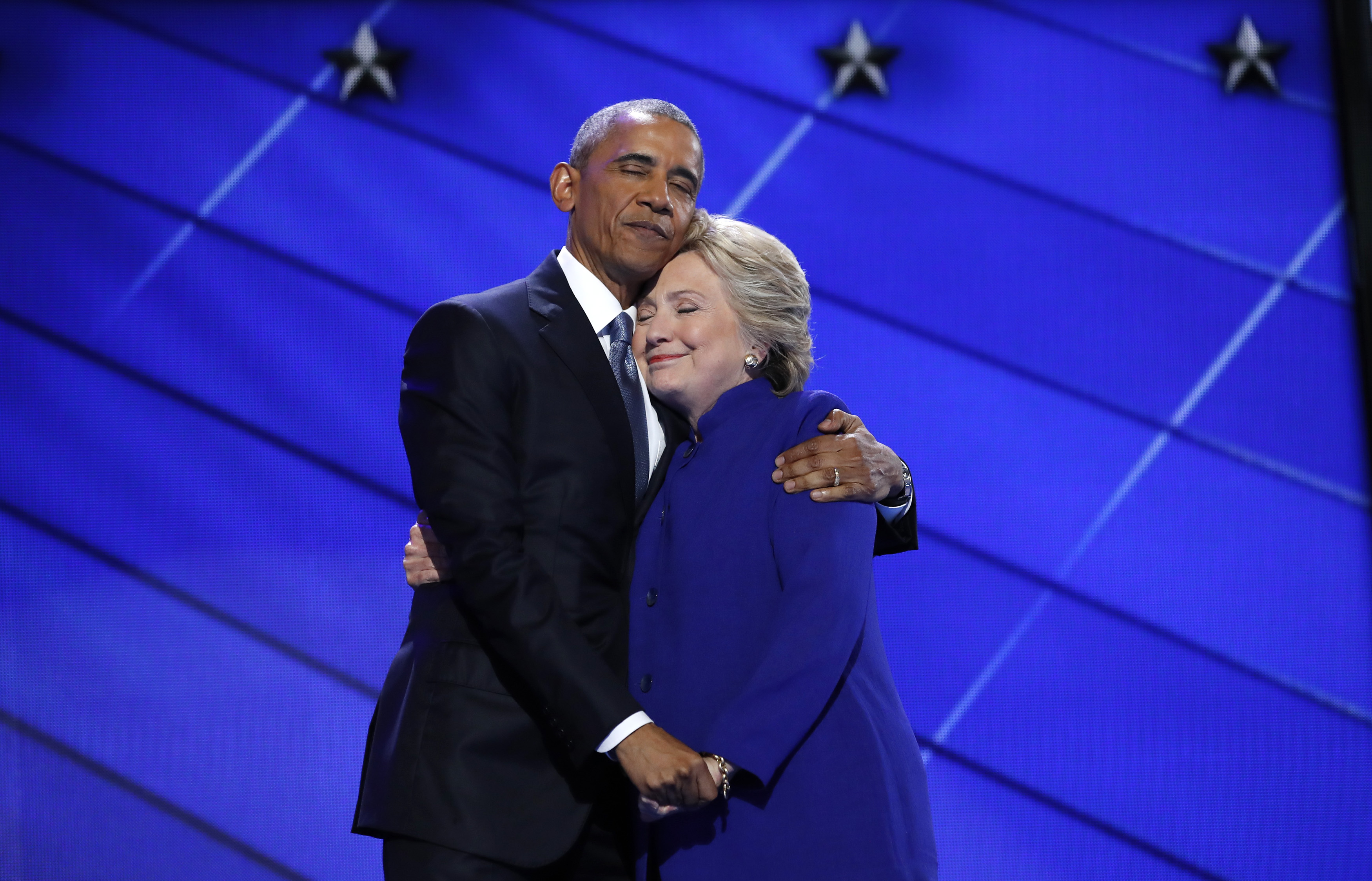 Democratic presidential nominee Hillary Clinton hugs U.S. President Barack Obama as she arrives onstage at the end of his speech on the third night of the 2016 Democratic National Convention in Philadelphia, Pennsylvania, U.S., July 27, 2016. REUTERS/Jim Young TPX IMAGES OF THE DAY – HT1EC7S0FJSV9