After President Donald Trump announced he is pulling the U.S. out of the 2015 Iran nuclear agreement Tuesday, a reporter asked him how the decision makes America safer.

Trump responded, “This will make America much safer. Thank you very much.”

The agreement was a keystone accomplishment of President Barack Obama’s foreign policy. Trump has been deeply critical of the deal, promising multiple times on the campaign trail to negotiate a better deal or get the U.S. out of the current one.

“Over the years, Iran and its proxies have bombed American embassies and military installations, murdered hundreds of American service members and kidnapped, imprisoned and tortured American citizens,” Trump said, “The Iranian regime has funded its long reign of chaos and terror plundering the wealth of its own people.”

Trump continued, “This was a horrible deal that should never, ever have been made.”

The president then signed the presidential memorandum to reinstate blistering sanctions on the Iranian regime. 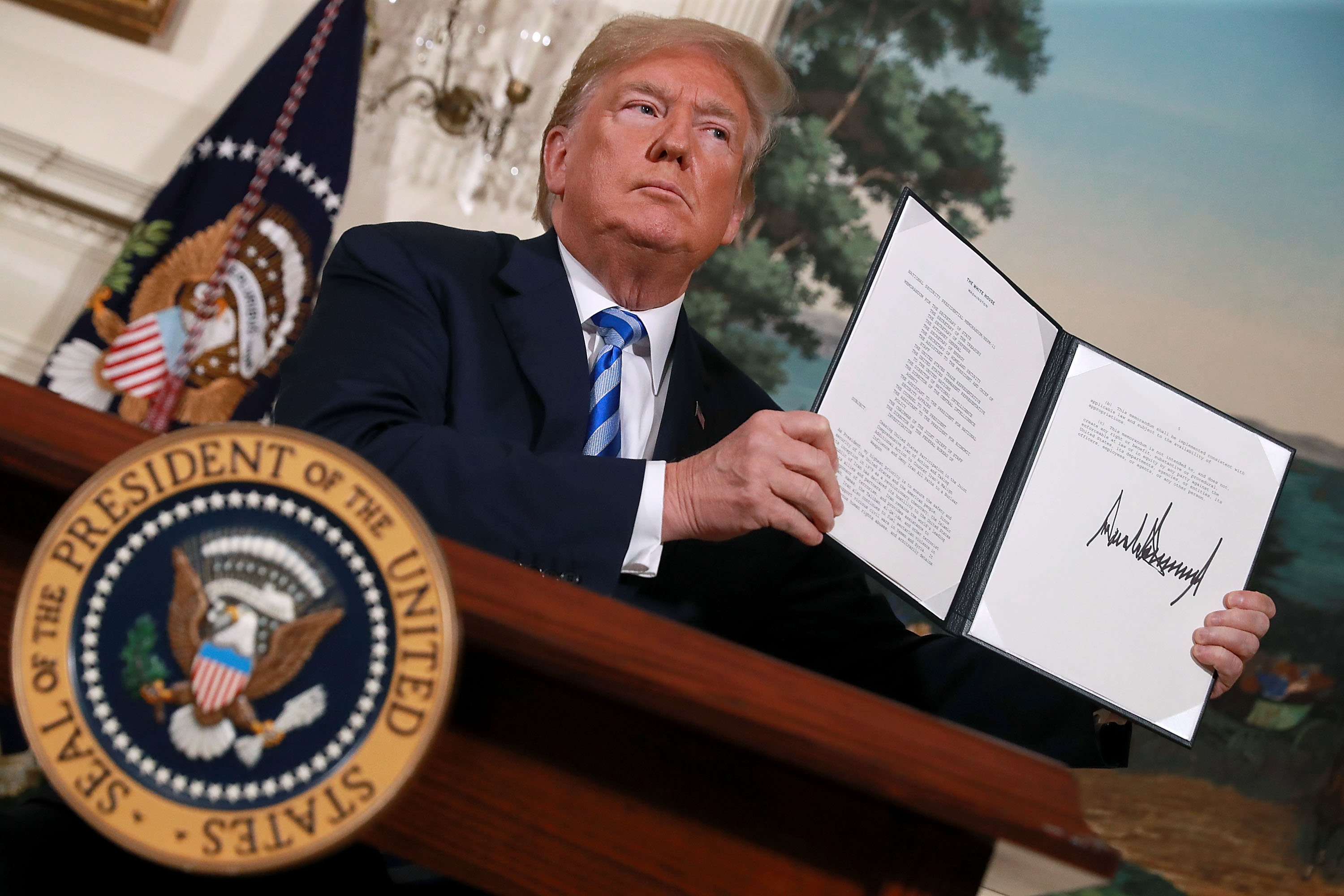 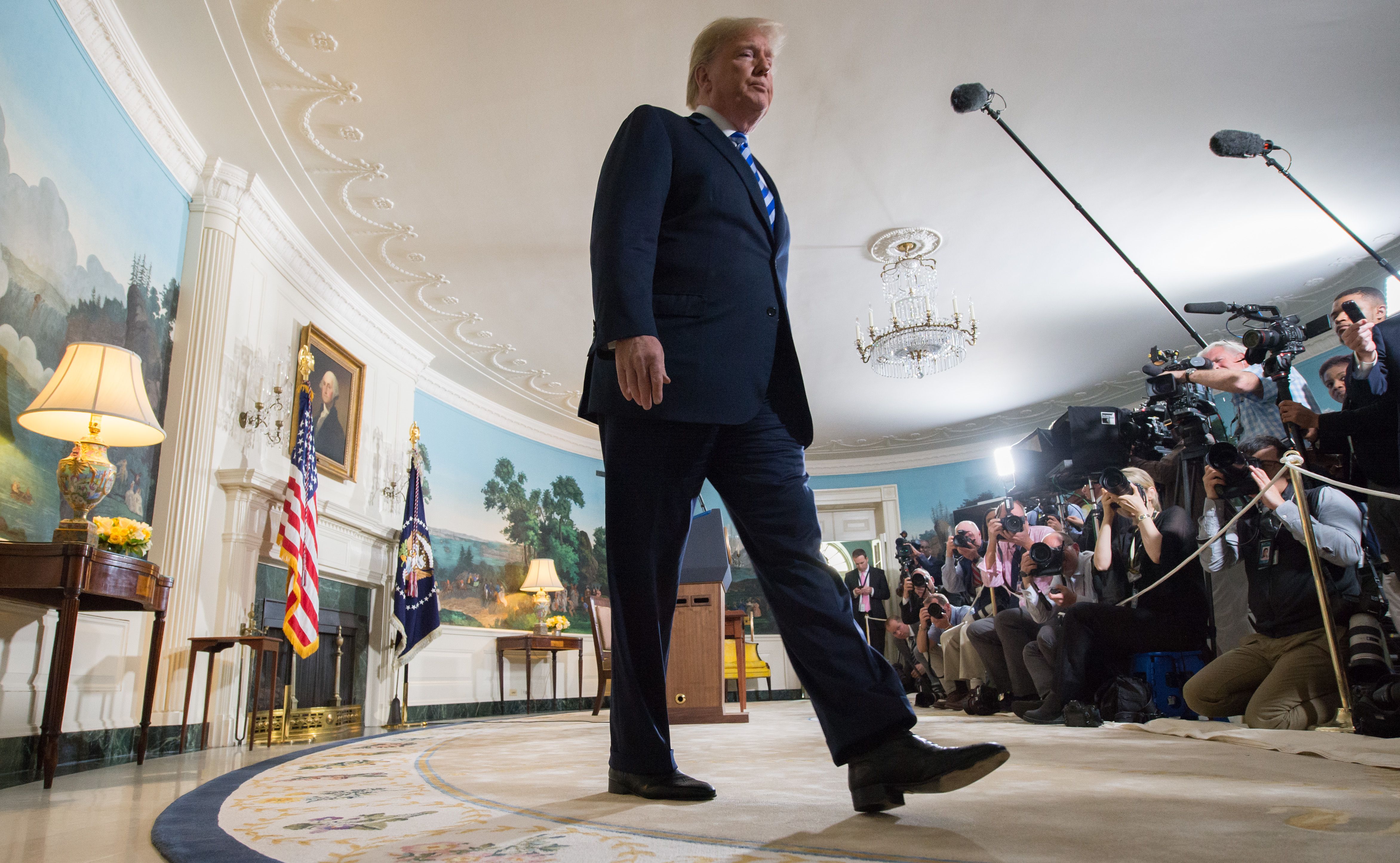 Iranian foreign minister has said Iran will not renegotiate the agreement.