Rihanna, the popular Barbados singer, raised the fashion bar by wearing a high-fashion pope-inspired get up to the Met’s Heavenly Bodies: Fashion and the Catholic Imagination exhibition, according to Vogue. Rihanna is known for her bold takes on the changing themes for the annual fashion event and was the gala’s co-host.

The singer wore a silvery beaded get up by Maison Margiela, the brand designed by John Galliano. The ensemble included a jacket, dress, and a pope-inspired hat by Stephen Jones.

“The outfit is a three coordinated piece, comprising of a sculptural jacket and a skirt worn over a bustier dress and a custom made hat,” wrote Margiela on Instagram. “In total, the outfit took 250 hours to sew and 500 hours to hand embroider by Maison Margiela’s Paris Atelier.”

“It feels expensive. It’s heavy,” Rihanna told Vogue. “It was designed by John Galliano. We’ve had a few fittings, we’ve had a few colors. They beaded this by hand and I just ― it would be a sin not to wear it.” 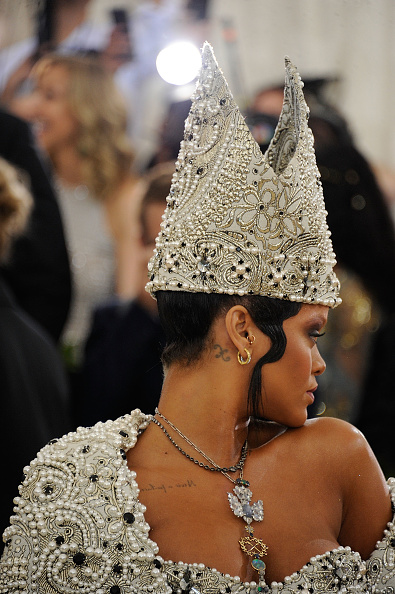 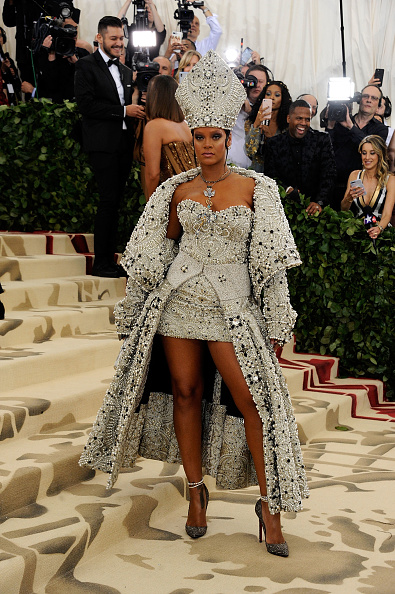 NEW YORK, N.Y. — MAY 07: Rihanna was the co-host for the 2018 annual Met Gala in New York City. (Photo by Rabbani and Solimene Photography/Getty Images) 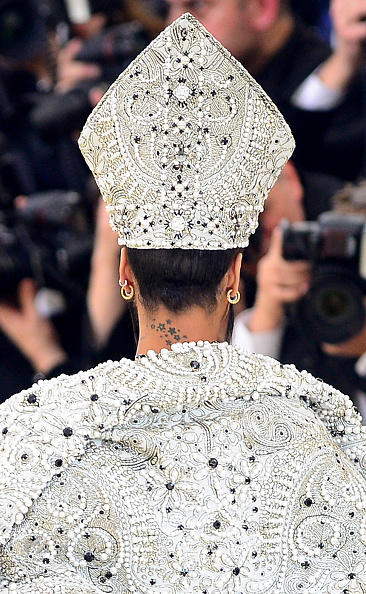 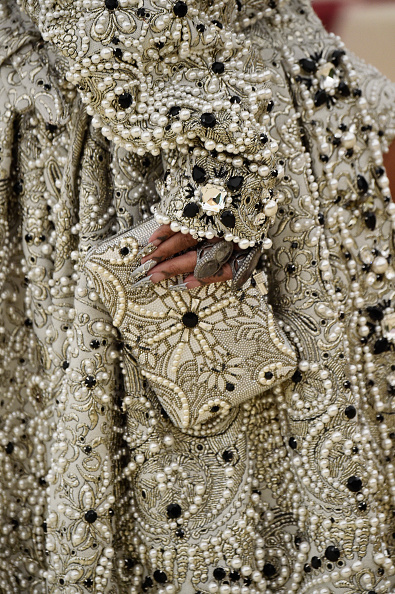 Galliano, the designer of Rihanna’s Catholic-inspired get up, was previously accused of praising dictator Adolf Hitler and making antisemitic slurs towards people at a bar in Paris. He was fired from Dior in 2011 due to his alleged remarks, The Guardian reported.