President Donald Trump was introduced by first lady Melania Trump during an event in honor of military mothers and spouses at the White House Wednesday.

In her opening comments, Melania said that every day should be mother’s day and described the value of the military mothers in the room.

The first lady introduced the president and gave him a hug and a kiss onstage. “Thank you all again for being here today,” Melania said. “Now it’s my pleasure to introduce my husband, the president of the United States.” 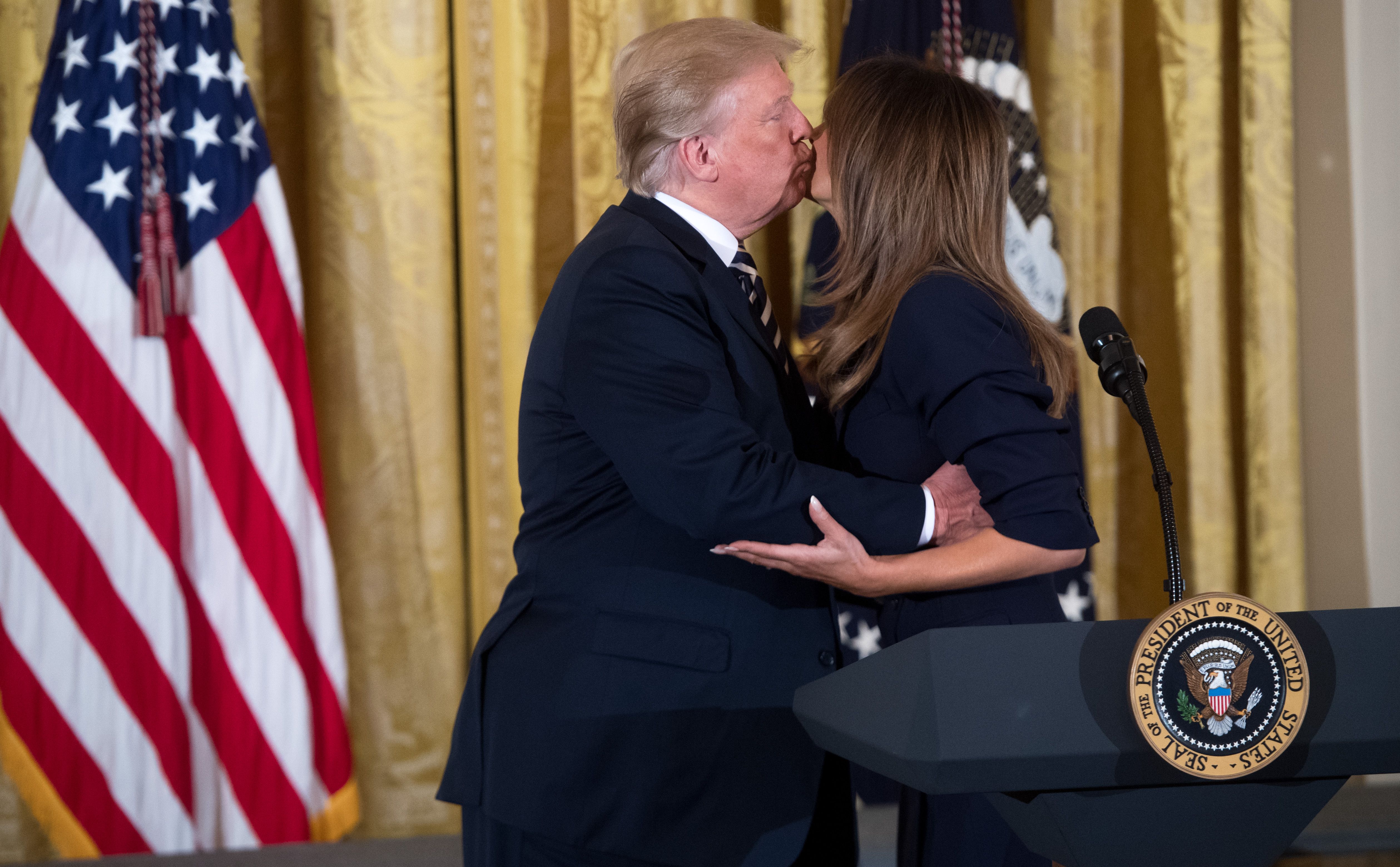 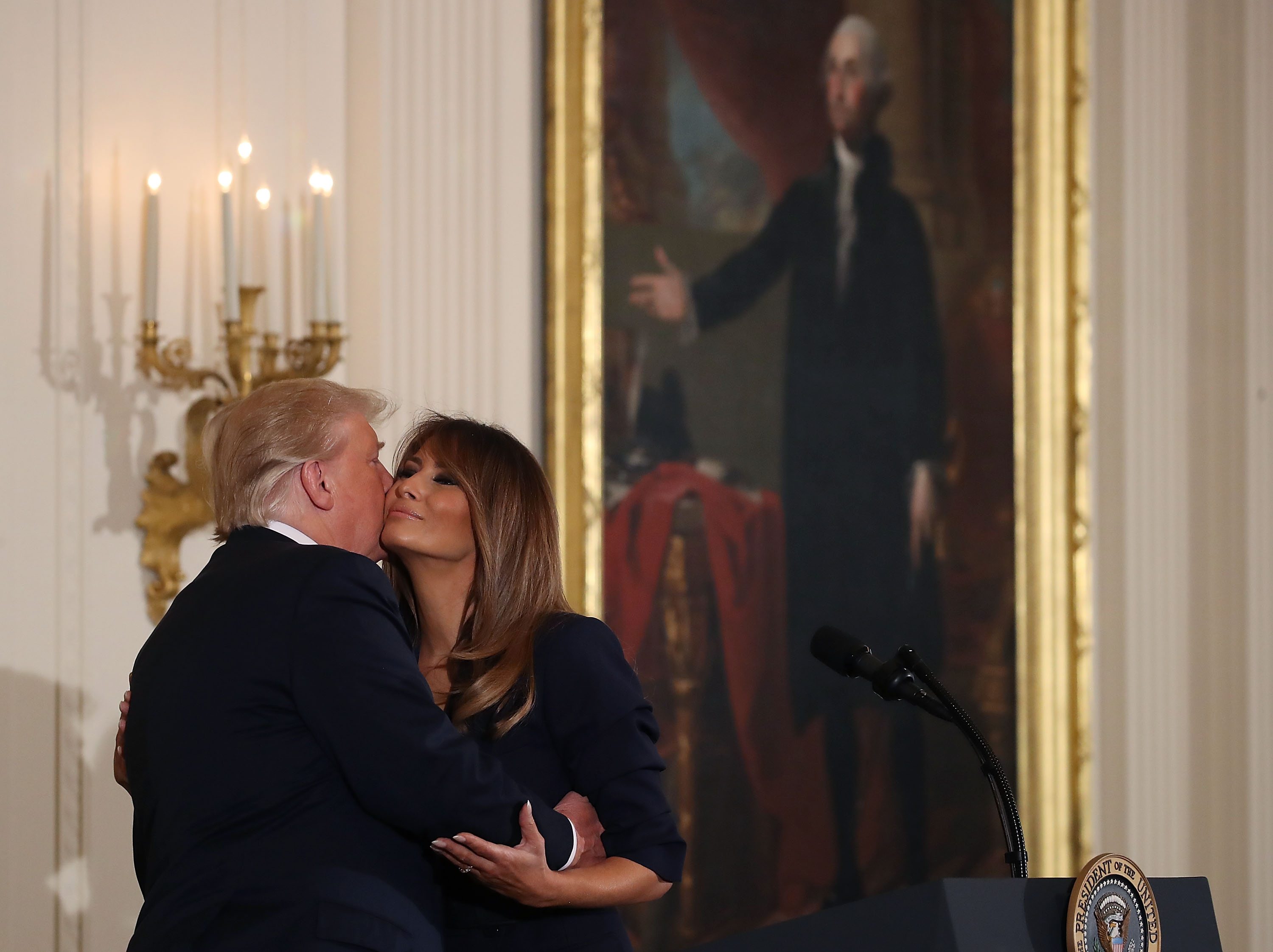 Trump took the stage and gave Melania a big compliment — using CNN to do it.

CNN released a poll this week showing that Melania’s popularity was skyrocketing. The CNN poll stated:

“In a poll conducted by SSRS last week, 57% say they have a favorable impression of Trump, up from 47% in January. This is the biggest number Melania Trump has experienced in any CNN polling, and higher than any favorability rating earned by President Donald Trump in CNN polling history going back to 1999.”

Trump mentioned the poll immediately, saying “Thank you very much, Melania. She has become a very, very popular first lady. I’m reading that.”

Trump continued, saying “I’m seeing all those stories and they love Melania. Thank you.”

The president went on to acknowledge Mrs. Pence, Ivanka and Kellyanne in the room.

“To all of the military spouses here with us this afternoon,” Trump said. “We are honored by your presence and we celebrate your heroic service and that’s exactly what it is. Too often military spouses do not receive the recognition they deserve.”